The Olympics are always the reason for creative colorways no matter what brand you’re a fan of. Nike and Jordan Brand typically lead the way when it comes to creative ways to celebrate the summer games through sneaker releases. 2016 is no exception. The Jordan 11 Retro Low “Closing Ceremony” is this year’s most buzzworthy Olympic-inspired sneaker release.

Though, there has been no shortage of Nike Olympic releases, or Olympic Jordans for that matter, the “Closing Ceremonies” inspired the gold-medal colored Air Jordan 11. If you’ve been into sneakers long enough, you’ll recall that Nike also used the closing ceremonies as inspiration for a pair of Air Force 1s back in 2008 and that Usher wore gold 11s a few years back. Air Force 1s might not have the attention of the sneaker world currently, but the Air Jordan 11 is always top of mind for most sneakerheads. When these release in late August, after the Rio de Janeiro summer games have completed, you can bet there will be plenty of sneaker enthusiasts after a pair. 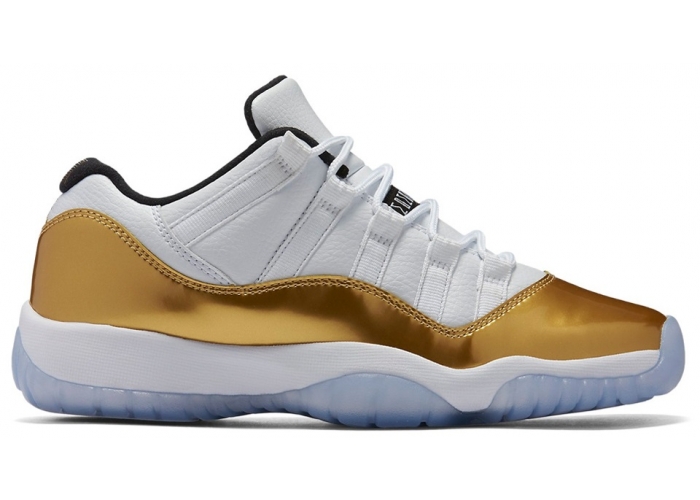