The StockX Buyer's Guide to Resale

You might be excited that sneakers and streetwear are making it into the mainstream, or you might be bummed out. Either way, resale is still alive and well; actually, that’s an understatement: it’s booming. Since the dawn of jawns, flipping has been a core part of sneaker culture – but does it actually work? What drives higher resale returns, and how can you know you’re not wasting your money? StockX has the data and the answers you need.

(Disclaimer: none of the following should be considered investment advice, or even any advice at all about how to buy and sell sneakers. This is an exploration – through data – of trends in StockX sales and what they might mean about the industry as a whole.)

Sneaker resale as a market and comparable goods

Sneaker resale is an interesting case study because it’s pretty unique: there are actually very few comparable consumer goods that command such high prices on an aftermarket. You might be thinking about art, vintage cars, and antiques, but these are all fundamentally different than sneakers: their supply is finite, and their scarcity is natural. These kinds of goods are naturally scarce – time passes and car models change, artists only produce what they produce, and antiques are time dependent – but sneakers follow a different model, and an unpredictable one at that.

Retail Multiples on StockX by Tier – Share of Overall

(Each bar shows the percentage of StockX overall orders that have a retail premium in the given tier. For example, 57.5% of StockX sales had a retail multiple of 1x – 2x , meaning that resale prices were between 0% and 100% over retail. Additionally, 27.7% of orders had retail multiples less than 1x, which means they sold for under retail.)

Sneaker supply is artificially constrained: adidas could make more Yeezy 350s and Nike could make more Off-White Chucks, but they choose not to. In that sense, they’re much more similar to collectibles – like action figures or games – but they’re just much more popular. Whatever the reason, sneakers likely command the highest volume of resale among consumer goods, and there’s no StockX (or equivalently sized company) for other aftermarket-driven items.

As this stuff hits the mainstream, it’s logical we’re starting to see people trying to profit off of the trend. Search for “guide to resale” or “guide to flipping” and you’ll find guides galore from people who promise that you’ll pull down thousands a month flipping sneakers. Resale is hard, it’s not for everyone, and it’s not guaranteed to make you any money at all. But it’s a core part of sneaker culture, and so it’s worth wondering: how does it work?

Do resale and flipping actually work?

The most important question here is pretty basic: does resale actually work, or is it a waste of time? We know that some people make money on it, but how hard is that, and what can you expect on average? Unsurprisingly the answer is that it depends. Your expected value is almost entirely dependent on what models you’re selling, in what size, when, and in what colorway.

To start off, the most important element that drives resale returns is supply – assuming that other basic conditions hold, sneakers that are harder to get hold of are also going to fetch a higher resale price. The most basic recent example is Nike x Off-White: the original ‘The Ten’ releases never restocked and weren’t large, and that’s why they sell for 4x what you bought them for (more on that later). Unfortunately, as anyone who bought the Yeezy 350s in Butter will tell you, it’s near impossible to know the drop size in advance. And if you know only 200 pairs are being released, chances are you’re not getting one.

The Yeezy 350 V2 (Butter) didn’t sell for much more than retail after the release, probably because the drop was large enough to satisfy most of the initial demand.

What brands and models tend to resell for the highest value?

We dug into sale price to retail ratios among sneakers that had a critical mass of sales on StockX, and found a few surprising trends. For anchoring, keep in mind that the average retail premium on StockX is 48%, or a resale multiple of 1.48x: that means that on average, sneakers on StockX sell for 1.48 times their retail price.

Given how much resell price is driven by drop volume, you might think that aiming for more limited collabs will help you get the most money for your grails: but that’s not always true. High profile releases like Nike x Off-White have great resale premiums, but collabs like adidas x Yeezy and adidas x Pharrell haven’t had great returns overall.

(In the above chart, we analyzed all StockX orders between January 2016 and March 2019, and calculated the average resale multiple for each collab grouping)

Sneakers from the adidas x Pharrell collection sell for 1.38x their retail price on average: that’s worse than the overall StockX average of 1.48x. Similarly to Yeezy though, Pharrell had much better resale numbers before the end of 2018, which was saturated with below retail prices after drops.

2) Nike SB has the best returns for a large segment, but the highest premiums tend to come from limited collabs

Among major groupings, Nike SB has the best average resale multiple, coming in on average around 1.95x. That means if you get your hands on a pair of SBs for $200, you can expect on average to get back $390 for ‘em. Some other notables: Nike Basketball carries a 1.73x multiple, Air Force goes at a 1.51x clip, and Air Max comes in at 1.48x. We already saw above that more limited collabs can fetch much higher prices. 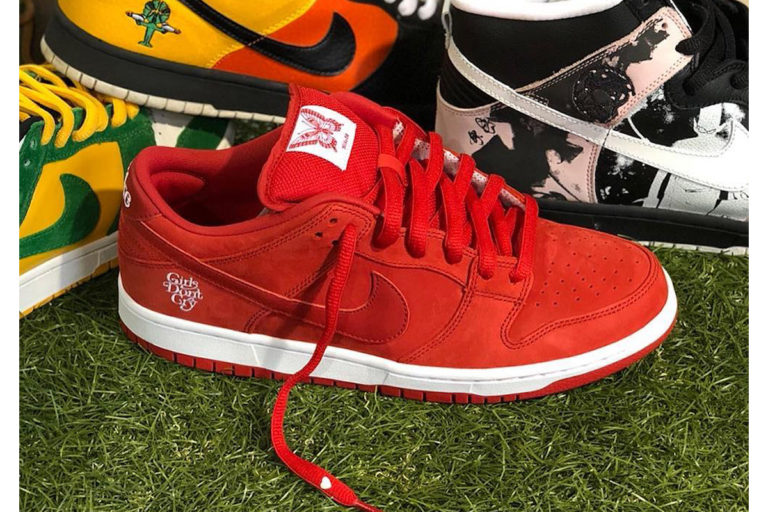 One of the more interesting finds is that Jordans aren’t one of the better-reselling groups of sneakers. They fetch an average multiple of 1.48x, which is less than even the Air Force line. Jordans even take the spot for the worst brick of resale, but we’ll talk more about that later.

3) At the brand level, Converse and Vans have the highest average retail premiums, but Nike takes the cake for the max

We tend to think of Nike and adidas as the powerhouses of resale value, but they’re volatile as anything. The highs are high, but the majority of the sneakers they sell – your typical AirMax 90s or Ultraboosts – will be worth less than what you bought them for a few months down the road. Converse kicks sell on StockX for an average of 2x what they retailed for, and Vans trails with a 1.83x multiple. Most of Converse’s high number, though, is driven by the super successful Off-White collab – if you take that out, Converse only brings in a 1.32x multiple.

Even though it doesn’t lead in averages, Nike has the highest max resale premium: a pair of Nikes have sold on StockX for more than 83x their retail price. The culprit? The Nike SB Low London. There were only 202 pairs released, and somebody copped on StockX for a cool $5,000 (retail: $60).

Granted, this doesn’t adjust for inflation –  if they released today, those SBs would probably retail for more than $60. But even if they retailed for double that, the resale price premium would still be astronomical. It’s difficult to know what’s going to resale well in advance, but sticking to limited edition stuff and knowing which brands sell the best can go a long way.

The worst stuff to flip – the bricks

With the greats come the failures, and the sneaker world is not lacking for disappointing releases. For this analysis, we looked at sneakers with at least 1,000 StockX sales since 2016, focusing on sneakers that resold for below their retail price on StockX. We found some interesting patterns.

Among this group of high-selling sneakers that resold below retail, the most frequent brand was Jordan. Overall, Jordan Brand sneakers accounted for nearly 50% of all ‘bricks’ in our data set (59 types of pairs, to be exact). This may come as a surprise to those who’ve watched Jordan 1 after Jordan 1 score massive resale premiums. But while Jordan 1s are indeed a profitable silhouette on average, Jordans as a whole – particularly silhouettes like the Jordan 10 and Jordan 13 – have fared poorly on the resale market.

Jordan also takes the lead in the worst-reselling shoe of all time: the Defining Moments Pack (Last Shot) – a package of 2 pairs actually – retails for $500 and sells for $140 less than that on average. This brings us to why Jordans can be such poor targets for flipping: they have higher retail prices than normal in the first place. 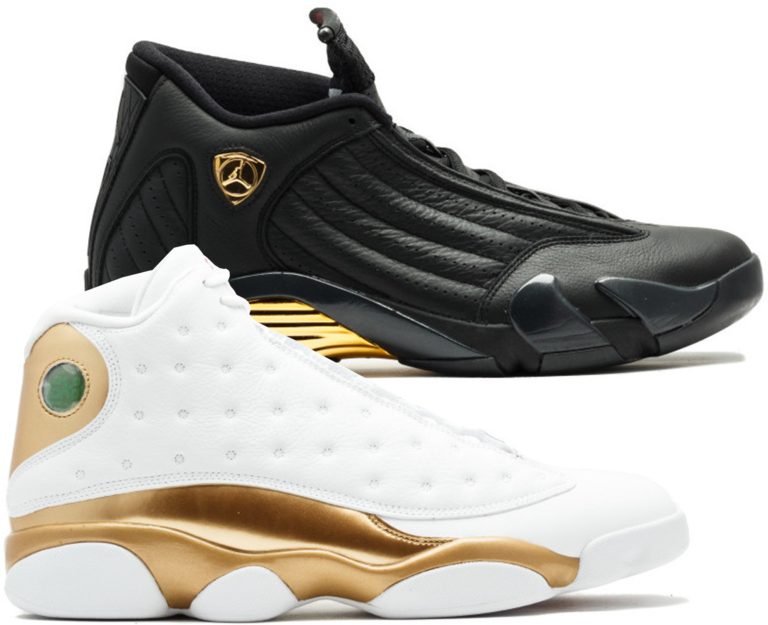 Jordans don’t take the entire spotlight in the bricks category, though: adidas has its share of re-fails. In particular, the Ultraboost finds itself selling for below retail pretty often – adidas’ collabs with Parley retail for $200, but this Carbon colorway sells for $80 less than that on average. The good ‘ol NMD – which actually used to be a great flip – can also be a tough resell, with the STLT Triple Black coming in $65 below retail and the Pharrell Powder Blue (technically an NMD) selling for $56 below.

Resale over time: the Swoosh™ curve

The question that everyone wants to know is usually about time – do sneakers retain their value over time? Do rare releases get more valuable as we get farther away from their release date? The answer is complicated, but releases often follow what StockX likes to call the Swoosh™ curve. Prices are high before release, come down right after release, and steadily increase over time until they plateau out.

To get a better sense of what this means, let’s take a look one of the most popular releases of 2018: the Nike x Off-White Air Force 1 Low (from the original “The Ten”).

You can see a pretty clear pattern here. Before release, people tend to pay higher than retail prices: they come down for the first month after the drop, level out for another month or two, and then climb back to early hype levels over time. If you look closely, it sort of resembles that Swoosh™, and that’s (gasp!) why we call it the Swoosh™ curve. (For more on this pattern, check out some of the recent Data Contest submissions).

This kind of pattern holds remarkably well for what we’d call “hyped” releases, but not for your typical run of the mill pair of Nike or Adidas. For example, the less-hyped Ultraboost 4.0 Triple White doesn’t follow much of a pattern at all:

(The above chart shows the average weekly resale price for the Ultra Boost Triple White 4.0)

Ultimately, predicting how shoes will behave over time comes back to defining “hype” in the first place – and this is still an open question.

So does flipping actually work?

We’ve seen that a bunch of different factors can influence what you can expect to get for a new pair of sneakers:

If you play your cards correctly, reselling can be an exciting and lucrative business. But there’s a lot of variation in prices, so it’s important to know your stuff.