Sneakerhead Influence by the Numbers

At the time this went to print Campless had 118 Facebook fans, 251 followers on Twitter and sadly, not enough search volume to register in Google’s keyword reporting.  For now, ours is a labor of love and we appreciate the slow, steady increase in awareness that has been building in the sneaker community.  In the meantime, instead of clicking refresh on our stats page every 10 minutes, we’re taking a look at how some of our sneakerhead brethren stack up when it comes to social reach.  This is why we refer to ourselves as a sneakerhead data company, as opposed to simply sneaker data – we track data on all things related to the community, not just the kicks.  Case in point, our recent article on the Top 50 eBay Resellers.

The below analysis came about, as they often do, in response to a recent article that Complex published listing the 25 most influential people in sneakers right now.  While theirs was a fantastic, mostly qualitative, who’s who list of sneaker personalities, Nike execs and actual celebrities, we of course prefer to take a data first approach to things like this.

We collected the number of Facebook fans, Twitter followers and Instagram followers for over a hundred different sneaker retailers, resellers, manufacturers, celebrities, news sites and sneaker artists.  Many in the sneaker community are using other social platforms like YouTube, Reddit and Grindr (we’ll let you guess who), but we decided to limit it to the big three.  Sorry Heat fans, not that big three.

From there, we filtered out huge corporations, questionable resellers, sites that cover more than just sneakers and people who’d still be famous if they wore Doritos on their feet.  We added Fans and Followers from all three platforms to arrive at what we’ve dubbed “potential social media reach”.  We recognize there is a lot more to social reach than just followers and fans, but we wanted to start simple, to provide a baseline social view that’s easy to understand and compare.

We split the list into three categories — Content Sites, Shops and People.  From there we narrowed down each list to eleven — based primarily on largest social reach, but with some consideration to the sites and individuals we follow, find interesting, funny, informative or useful.  So, based on that intersection of data (90% quant, 10% qual), here are our top 33* most influential entities in sneakers, listed alphabetically by category:

Yes, we recognize that some People (Mache, JBF, ShoeZeum) could arguably be categorized under Shops, and that others could be placed elsewhere, as well, but it’s our analysis so that’s where they go today. 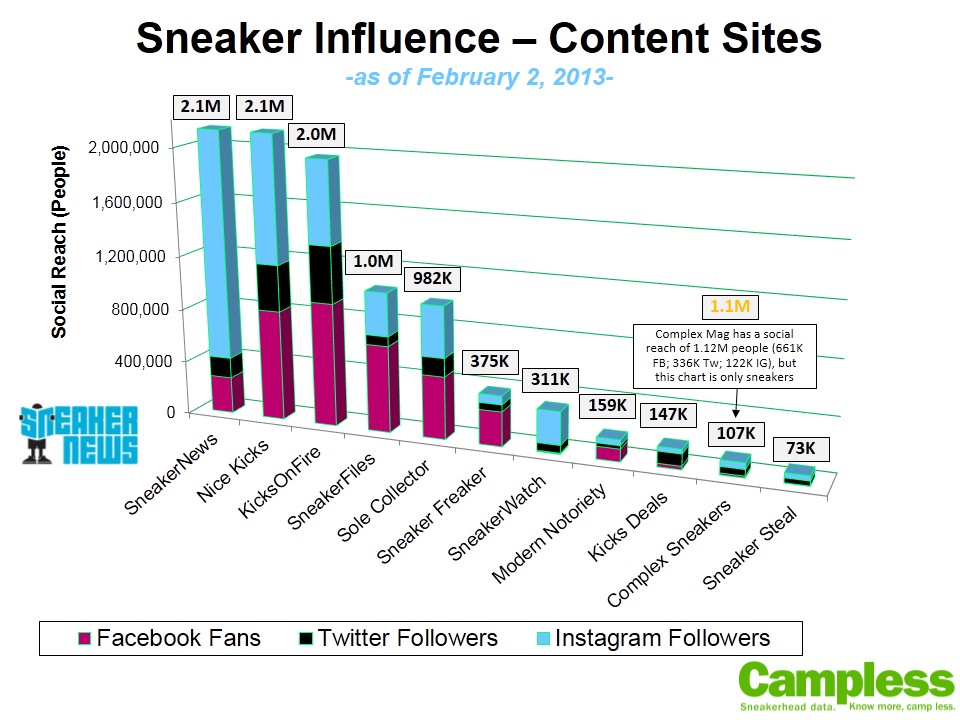 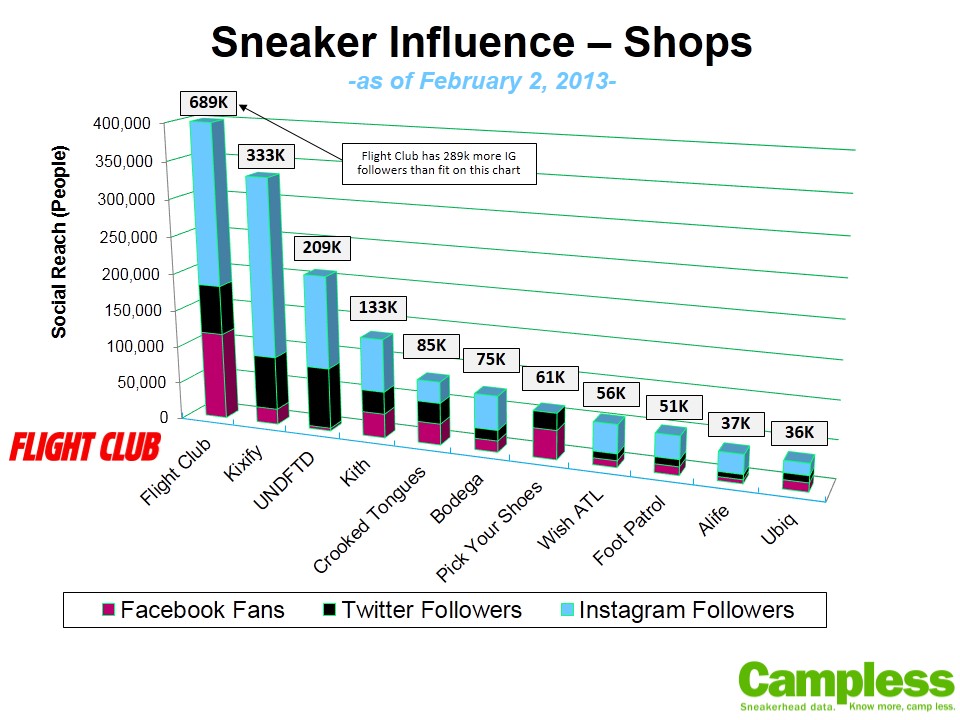 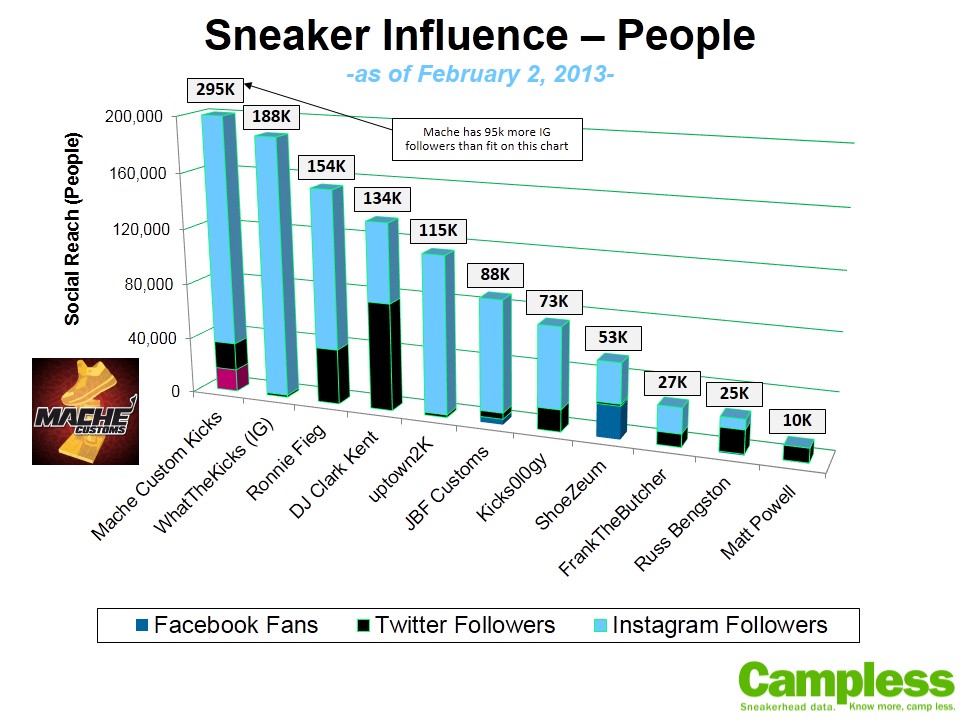 And so ends our introductory analysis about sneaker influence and social reach.  Next time we’ll go beyond the big three.

Who did we miss?  Whose social reach surprised you?

*Choosing 33 instead of an even 30 was done in homage to Larry Legend and, in particular, this story from Bill Simmons’ NBA book:  During a game on Christmas Day against the Indiana Pacers, before tip-off Larry Bird told Chuck Person that he had a Christmas present for him. During the game, when Person was on the bench, Bird shot a three-pointer on the baseline right in front of Person. Immediately after releasing the shot, Bird turns to Person and says, “Merry fuckin’ Christmas”, and then the ball went in.

How The Shoe Game is trying (poorly) to steal our website

How The Shoe Game is trying (poorly) to steal our website