Shattered Backboards: Women, Sneakers, and a History of Activism

The first modern sneakers designed specifically for women were released in 1982, as the result of labor activism.

During the 1980 Metropolitan Transportation Authority (MTA) strike in New York City, 33,000 MTA employees shut down New York City’s subway and bus lines for 11 days. From April 1 through April 11, more than 3 million commuters were forced to find alternative means to get to work. Businesswomen walking to work in their power suits and sneakers became emblematic of the strike. 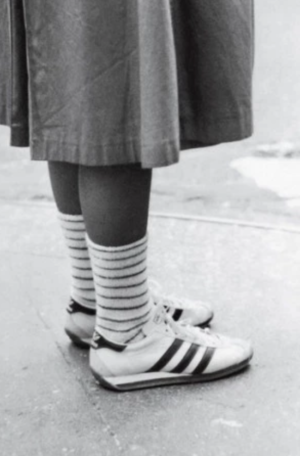 Reebok looked to this moment of labor strife and designed the Reebok Freestyle. The Freestyle was just one example of a longer confluence between women, consumer habits, fashion, and labor activism. Throughout the early 20th century, urban, working-class women deployed the nascent, modern ready-to-wear clothing industry as a tactic of their labor protests. During the 1909 Shirtwaist Factory Strike, working-women wore their ready-to-wear fashions to very publicly claim their femininity while expanding notions of who women were, what they could do, and the rights they deserved. 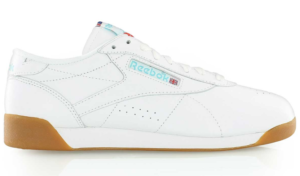 Sneakers, and the sneaker industry, represent another front in the longer war over gender equity. Perhaps sneakers will be the battle that leads to lasting change.

In fact, since the 1920s, “footwear endorsed [and worn] by female athletes has had little to no impact on sneaker culture . . . the majority of the most coveted sneakers are not made in women’s sizes, to the frustration of female aficionados,” according to the Brooklyn Museum’s exhibition, “The Rise of Sneaker Culture.”

During the same decade, the Converse All Star heralded a new era in men’s athletic sneakers. Originally released in 1917, Chuck Taylor joined the Converse company in 1921 as a salesman/basketball evangelist and spread the gospel of the Converse All Star around the country. Taylor was so successful that Converse added his signature to the shoe’s ankle patch in 1932, forever after branding the shoe the Chuck Taylor All Star. Following the “Chuck Taylor,” it would be almost another forty years before the modern, signature sneaker emerged. 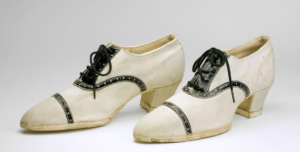 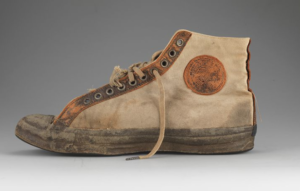 Converse All Star, circa the early 1920s // Converse

In 1971, adidas officially re-branded their tennis shoe as the “Stan Smith,” named after American tennis player Stan Smith, and released the first basketball player-endorsed sneaker, “The Jabbar,” worn by Kareem Abdul-Jabbar. These first signature shoes paved the way for the Air Jordan line beginning in 1985, and the contemporary sneaker market and culture. It wouldn’t be until the 1990s that a woman athlete would receive a signature sneaker.

Where are the women athletes in this sneaker history? 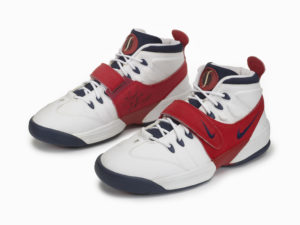 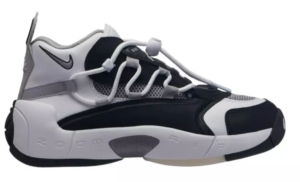 During its initial retail run, the Air Swoopes line was inspiring for a generation of women basketball players. Current WNBA star Elena Delle Donne told Rolling Stone that, “I didn’t even care what they looked like. I just heard that her [Sheryl Swoopes] shoes were out and available and I knew I needed to have them. For me, it was just the fact that I was able to wear a pro women’s basketball player’s shoes and not always have to wear the men’s.”

Not surprisingly, Donne’s Nike React Hyperdunk 2017 was released in a red, black, and white colorway in homage to the Air Swoopes 1. 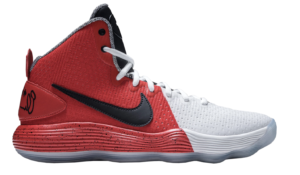 From 1995 until 2012, Nike, adidas, Fila, and Reebok all released signature shoes for WNBA players including Lisa Leslie, Cynthia Cooper, Rebecca Lobo, Nicki McCray, Dawn Staley, and Chamique Holdsclaw. In 2011, Maya Moore became the first female basketball player to sign with Nike’s Jordan Brand. Since signing, several Moore-inspired retro Jordans have been released, including a May 2018 Air Jordan 11 low, called the “Rook to Queen,” celebrating her first WNBA championship. However, Moore has yet to receive the signature treatment. 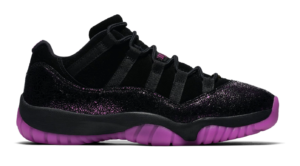 Like the WNBA stars who came before them, women skateboarders are also demanding sneaker and gender equity.

In fall 2017, Nike SB announced its first line of skate shoes designed exclusively for women, the Nike SB Bruin High. Nike SB pro skater Lacey Baker said that previous to the Nike SB Bruin High she, “used to look up how to modify [her] shoes on the internet so that [she] could make them fit better.”

Market Watch - Supreme vs The Law, Off-White Jordans Dominate, and the Monster Weekend Ahead

Market Watch - Supreme vs The Law, Off-White Jordans Dominate, and the Monster Weekend Ahead