The Detroit-based company launched its online secondary market for sneakers in February, 2016. The company expects to pass $100 million in gross merchandise value (GMV) in 2017.

The Detroit-based company launched its online secondary market for sneakers in February, 2016. The company expects to pass $100 million in gross merchandise value (GMV) in 2017. 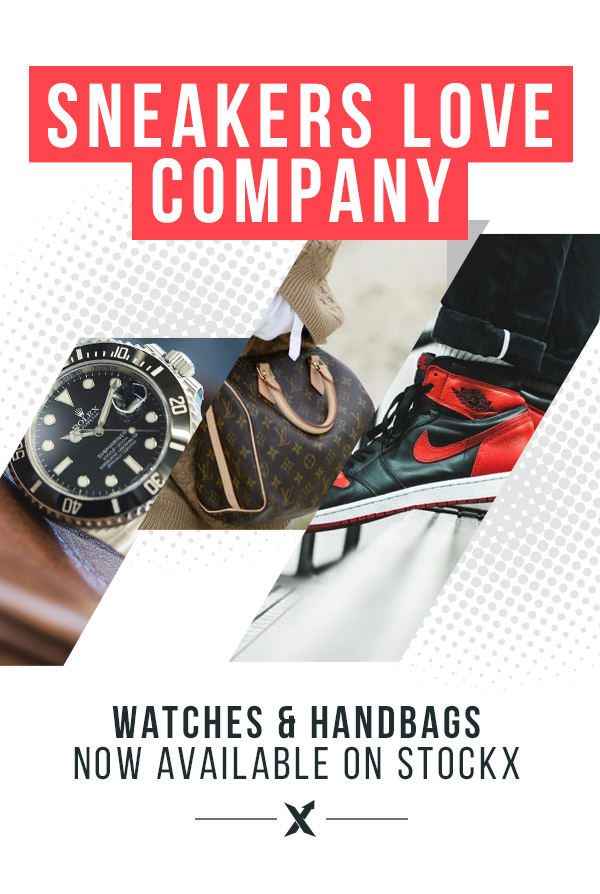 StockX, world’s first online “Stock Market of Things” for high-demand consumer products, today announced an expansion beyond sneakers into the watch and handbag secondary markets, estimated at over $50 billion combined.

Three of the largest resell markets in the world are now accessible through the StockX live “Bid/Ask” platform, connecting buyers and sellers using the same authentic, transparent and anonymous methods as the New York Stock Exchange.

“From the very beginning, we set out to create the ‘Stock Market of Things’,” said StockX CEO and Co-Founder, Josh Luber. “We have had significant and rapid growth in sneakers, validating the stock exchange model, and enabling us to expand into handbags and watches only 15 months after our initial launch.”

As with sneakers, each watch and handbag on StockX is standardized so that buyers and sellers can see every Bid, every Ask and detailed historical pricing all on a single product page. Also like sneakers, every watch and handbag sold on the platform is physically inspected by StockX, guaranteeing authenticity and condition standards.

StockX, which expects to pass $100 million in GMV this year, has grown to 45 full-time team members and has built experienced, forward-looking teams to support the two new product lines in Detroit, Michigan.

The watch team is led by Reginald Brack, former SVP and International Head of Retail, Watches at Christie’s where he launched their first online luxury boutique for watches. Joining Reginald, among others, is Blake Buettner, Director of Watch Content, who spent six years contributing for HODINKEE.

Thousands of watches from the industry’s leading brands – including Rolex, Audemars Piguet and Omega – are now live on the StockX platform.

The handbag team is led by Cynthia Houlton, former VP of Business Development at The RealReal, where she was one of the first employees and built vendor channels to source handbags and fine jewelry.

Chanel, Louis Vuitton, Hermes and Gucci handbags are now available to buy and sell on the StockX platform.

StockX, which was founded by Luber, StockX COO Greg Schwartz, and Dan Gilbert, founder and chairman of Quicken Loans and majority owner of the 2016 NBA Champion Cleveland Cavaliers, is an online market that replicates the experience of the stock exchange in every way possible. In addition to the live “Bid/Ask” system, a transparent data platform also enables users to create “portfolios” where they can track the value of their sneaker, watch or handbag collection in real time, evaluating gains and losses. This feature provides participants with the same metrics and visibility that have traditionally been reserved for stock and financial portfolio analyses.

“The StockX live market has brought transparency, efficiency and authenticity – tenets of the financial markets that have been foundational to the largest economy in the world – to the $6 billion global sneaker resell market,” said Gilbert. “We believe this is the right time to extend these fundamental concepts to the $50 billion plus secondary markets for watches and handbags, and take the next step toward expanding the world’s first ‘Stock Market of Things’.”