This article is part 62 of 107 in the series: StockX Pick Of The Week

Supreme releases new t-shirts every season like clockwork. The seasonal releases have become so regular for the brand that the collections have actually come to receive their own specific names. Every season, Supreme sets aside multiple weeks to drop between six and eight t-shirts in what they traditionally call their Spring, Fall, Summer, or Winter Tees collection. Week 7 of Fall/Winter 2021 included this season’s Fall Tees collection, which has produced the Charlie Brown-inspired Rocker Tee, our pick of the week.

Supreme’s Fall/Winter 2021 Fall Tees release included eight new graphic t-shirts. Three t-shirts stood out as highlights from the collection, including the Crash T-shirt, the America Eats Its Young T-shirt, and the Rocker T-shirt. The Crash T-shirt features a Sean Cliver-illustrated Supreme Formula 1 car on the brink of a catastrophic crash in which it looks to have lost an entire wheel. The America Eats Its Young T-shirt features a blue-hued graphic photo of Nas and DMX which was also used as an all-over print on a Supreme GORE-TEX Jacket in Week 1 of this season. 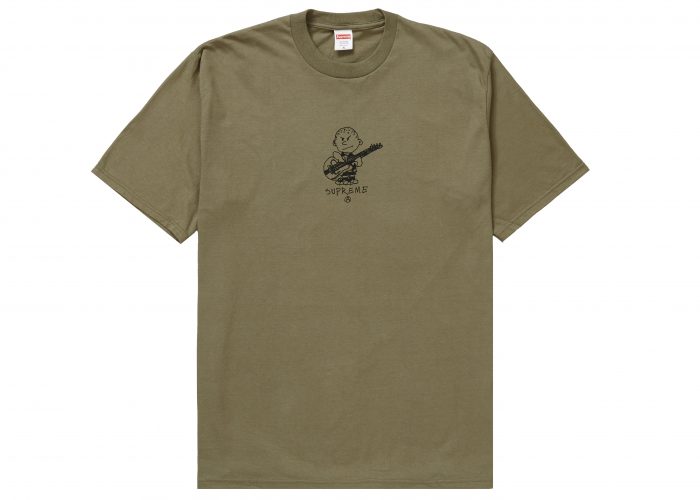 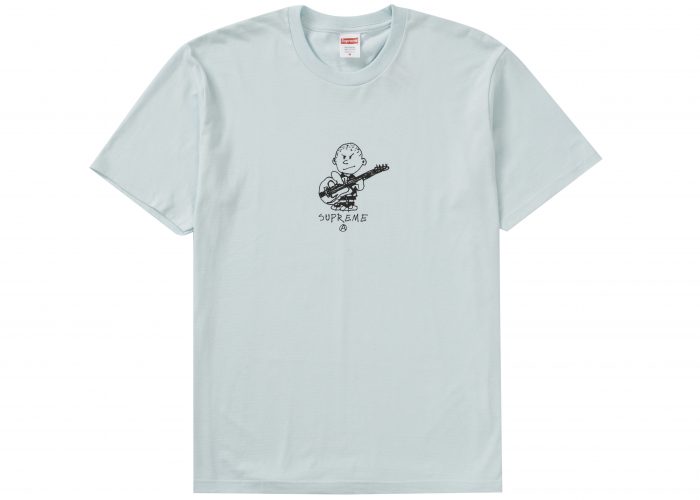 For those who haven’t been following Supreme for very long, the brand is infamous for reworking well known logos of other brands (also known as flipping a logo) that have oftentimes later resulted in actual collaborations with the brands. Earlier this season, Supreme flipped the Shrek logo, and in Spring/Summer 2021 the brand flipped an image of the fiery Teenage Mutant Ninja Turtle, Raphael, delivering a t-shirt featuring the character wearing a Supreme bandana.

In the past, Supreme has been very open and even brash about its blatant logo remixes. In the early 2000’s, the brand was sued for flipping the Louis Vuitton Monogram (the two would later officially collaborate). Other popular brands who’ve had their logos flipped by Supreme are Patagonia, ICEE, Newport, Cat in the Hat, and more. With the release of the Rocker T-shirt, Supreme is extending its ever-expanding reach even further into the nostalgia that dominates popular culture.

Buy & Sell the Supreme Rocker T-shirt along with other T-shirts released as a part of the Week 7 drop below.