If the Supreme Skull Pile Bandana looks familiar then it might be because Juicy J wore a oversized tee version of the graphic in the Three 6 Mafia video for “Stay Fly”. Travis Scott has even worn a tee rocking the same look. For their Spring/Summer 2018 season Supreme used the Liquid Blue graphic in a few ways. Hoodies, jackets, Vans Sk8-Hi’s all got the treatment to the graphic. But here we see the least expensive options (MSRP $24) in comparison to the pieces. The Skull Pile bandana keeps it simple, letting the graphic be the focus. It all starts with a black 21.25” x 21.25” all cotton bandana. Then the special green and white graphic is added accessory. Although this doesn’t glow in the dark like the hoodie, it also won’t break the your wallet. Like the other Skull Pile pieces the bandana sold out when it was released on the Supreme webstore and shop locations on February 15th, 2018. Accessorize yourself with the Supreme Skull Pile Bandana, grab one now on the marketplace. 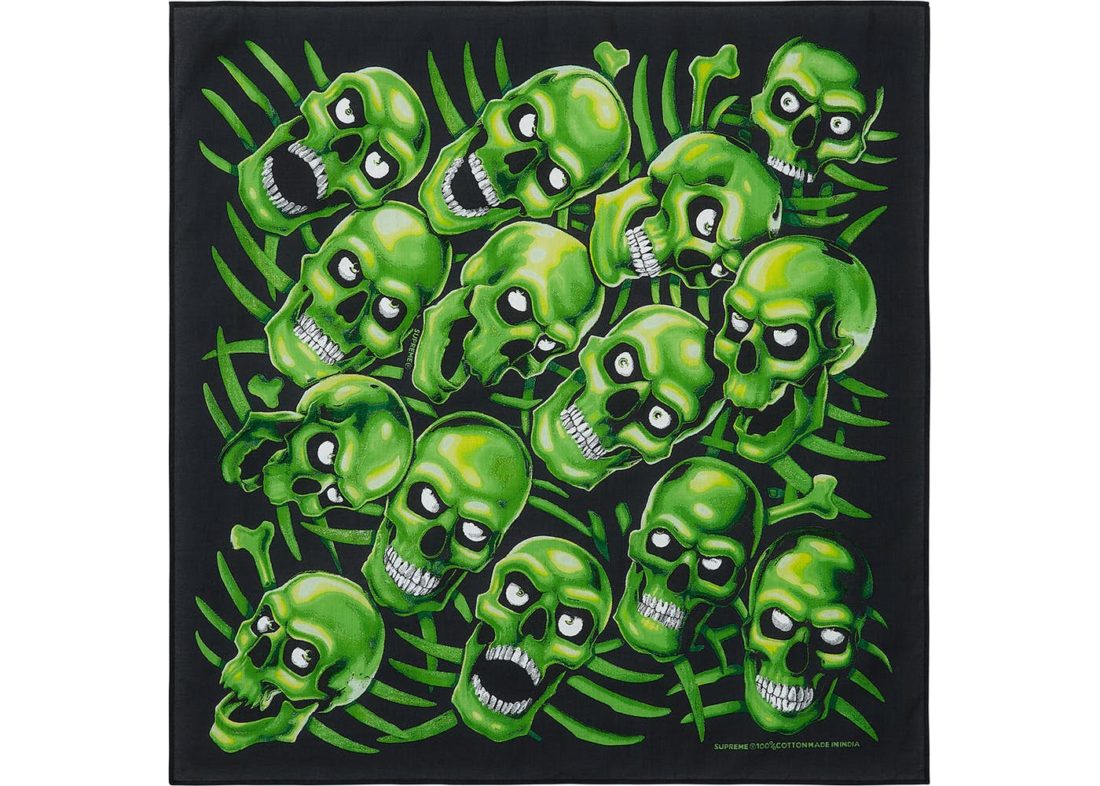 BAPE and Palace now on StockX

BAPE and Palace now on StockX