Namir Blade, the rising MC and self-proclaimed nerd, talks about his love of left-field music, video games, and all things anime, following the recent release of his new album, "Imaginary Everything."

Namir Blade, the rising MC and self-proclaimed nerd, talks about his love of left-field music, video games, and all things anime, following the recent release of his new album, "Imaginary Everything." 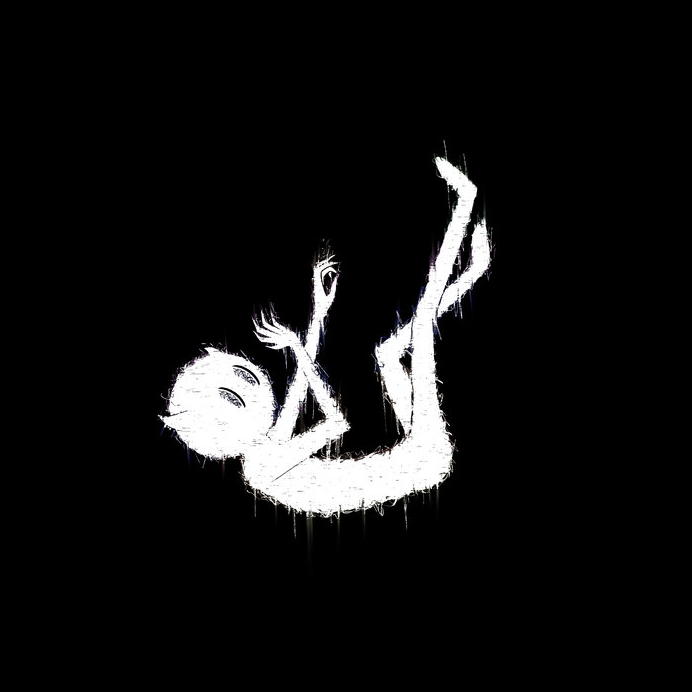 The cover art for Namir Blade’s album, Imaginary Everything, is a black and white illustration of a falling, horned figure in blank space – the image and meaning seem clear, but still inscrutable. It’s the perfect analog to Blade’s brand of hip-hop. He offers up a polished indie-rap sound with a nimble flow that slides off the beat, creating added tension to songs about everyday struggles and extraterrestrials in equal measure.

For this edition of That’s 5, Blade opened up about an eclectic mix of interests and influences, including Thom Yorke, Metal Gear Solid, and finding a kindred community at the Atlanta anime convention, MomoCon.

What are some of your current influences?

Thom Yorke is probably one of my biggest influences right now, and Hideo Kojima. I’ve been listening to Thom Yorke since I was a kid, and I’ve never heard him do anything that sounds the same over the last number of years. He’s always innovating the sound; he’s always coming in all the way from the left field. I always ask myself: how do you stay all the way in the left field, bro? He’s not just coming with something crazy, but it’s also well thought out and has some heat at the same time. He’s definitely been a driving force for me musically. He’s always inspired me to push the envelope and be as unique as possible.

Hideo is an influence because bro does not quit. He doesn’t make games; he makes movies. He’s been doing it in his style since Metal Gear Solid, the first one with the bad graphics. Even the first game was extremely cinematic, and the writing was amazing. I love how he has control over his brand. His attention to detail is unmatched, and I want to have that same type of control over my craft and brand.

So, yeah, Hideo Kojima and Thom Yorke are my dudes.

You’ve got a musician and video game developer as your influences. How are you able to combine the aural and the visual in your music?

I’ve always been a person who likes to experience things through visuals and music. When I was a kid playing video games, the game’s soundtrack would help guide me through the game.  And I take the same approach to my music. Whenever I do a song, I always have a video or scene in my head that moves, and I create to it. I hope that whoever’s listening can identify with the visual idea and interact with it, too. I try to give enough space for the listener to be able to interact with the song, whether it’s the lyrics, the timbre of the song, or repeating motifs in the music… anything that plays on the senses.

What’s the most overrated right now?

Nike dad hats. Anytime I see a kid in one of them, he looks like a little grown man – I’m like, look at you, little man, ready to go fuck somebody’s heart up, get in the house, man. Nike hats are overrated. I feel like people really started rocking dad hats when Bryson Tiller came up. Now every R&B artist in the world is wearing that hat. And then it went from there to the rappers, and from the rappers to the dancers, and now everybody has that hat because it’s been minted. I hate that shit. Yo, rock a Kangol or something, get a bucket hat.

What’s the most underrated right now?

I’d probably say Casio watches are probably the most underrated right now. I’ve seen some G-Shocks. I was on my Facebook the other day, and I got caught in a scroll trap. I look down and see the coolest Evangelion watch, and I was like, “The fuck? Evangelion collaborated with G-Shock?” This is a big thing – how did I not hear about it? How did this not receive the love that it deserves? So I started searching for G-Shocks and other Casio watches, and I kept finding these watches that look way cooler than a Rolex or a Richard Mille. I was just like, “fam, fuck a Rolex. I want this Evangelion calculator as a watch.” This shit looks tight, and it glows in the dark.

What are you most excited about?

My album, Imaginary Everything, is definitely on the list. I think the thing that I’m most excited about is the world opening back up and going to anime conventions again. I found so much cool shit from going to anime conventions. They have the best shit. One of the last things I got was this crazy-ass Cowboy Bebop snapback with Spike and Faye underneath the brim and some other shit on top of the brim. I probably wear that hat more than anything else because it’s such good quality, and I’ll have it for years. They also have vintage video games there, and I’m usually able to find something I’ve been looking for. I’ve just become this mid-twenties guy trying to find all this stuff I fucked with as a kid but couldn’t play with because I was grounded.

Do you have a favorite convention or favorite experience at a convention?

MomoCon in Atlanta. That was my heat. I went down there for the first time, probably in 2011. Me and the homie was taking a trip back from Florida, and we stopped through Atlanta, and he was like, “Let’s see what’s going on with this convention.” It was dope as shit. I had never seen so many Black people that were into anime. The one in Nashville is still super niche, and you’ll see maybe a handful of Black people there. For most of my life, it never felt okay to be Black and a nerd. I went to Atlanta, and it made sense. I was just like, “Oh, this is us out here?” After, it was like, “I feel okay now; I feel like I belong here.” So yeah, MomoCon is one of the most lit ones.