From the Air Jordan 3 Pine Green to the adidas Yeezy Foam RNNR Vermillion, find out which sneaker releases are coming your way in this latest installment of The Drop List.

From the Air Jordan 3 Pine Green to the adidas Yeezy Foam RNNR Vermillion, find out which sneaker releases are coming your way in this latest installment of The Drop List.

To close out October, Jordan Brand delivers a new Jordan 3, Yeezy debuts an all-red Foam RNNR, and Nike SB welcomes in Halloween with an SB Dunk Low. Find out which sneaker releases are the most popular, most expensive, and coming your way in this latest installment of The Drop List.

Best Sneakers of the Week

The following sneakers are the most-traded sneakers of the past week on StockX.

Even though the Nike Dunk Low Georgetown hasn’t officially released in the US yet, it is already putting up big numbers on StockX. In the last week, it has topped the Nike Dunk Low EMB NBA 75th Anniversary Chicago as the most sold sneaker of the week. With the top-sellers of the last two weeks both being Dunk Lows, it’s safe to say that our global community is really feeling the silhouette. 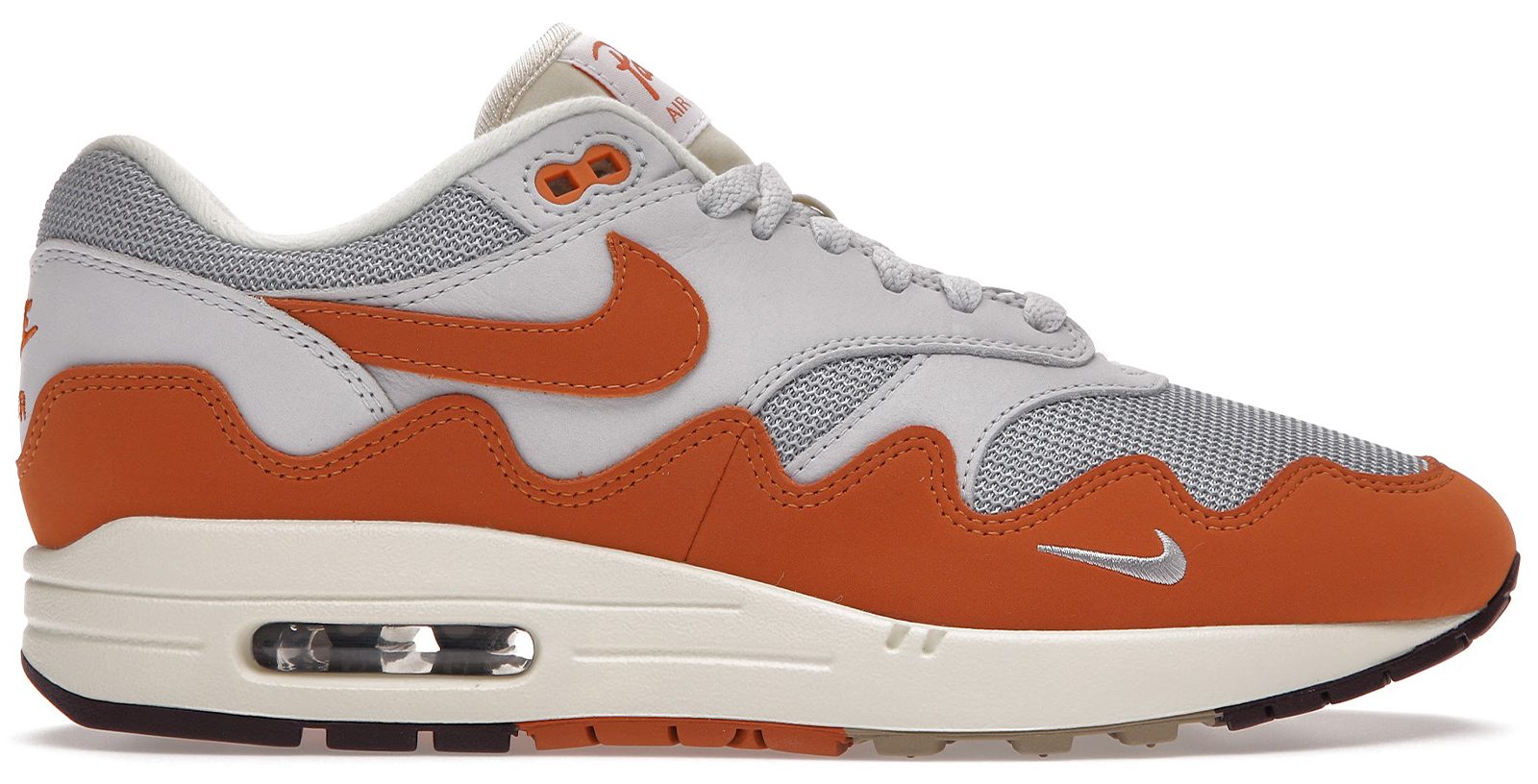 Coming in behind the Dunk Low Georgetown is the Nike Air Max 1 Patta Waves Monarch. This release is the latest timestamp in Patta and Nike’s history of Air Max collaborations, which dates all the way back to 2005. The Air Max 1 Waves alters the traditional Air Max 1 design with a wave-shaped mudguard, making it unlike anything else in the Air Max line.

Most Expensive Sneakers of the Week

The most expensive sneaker of the week is determined by a closed sale in the given time period, meaning that the sneaker was authenticated and confirmed by StockX. 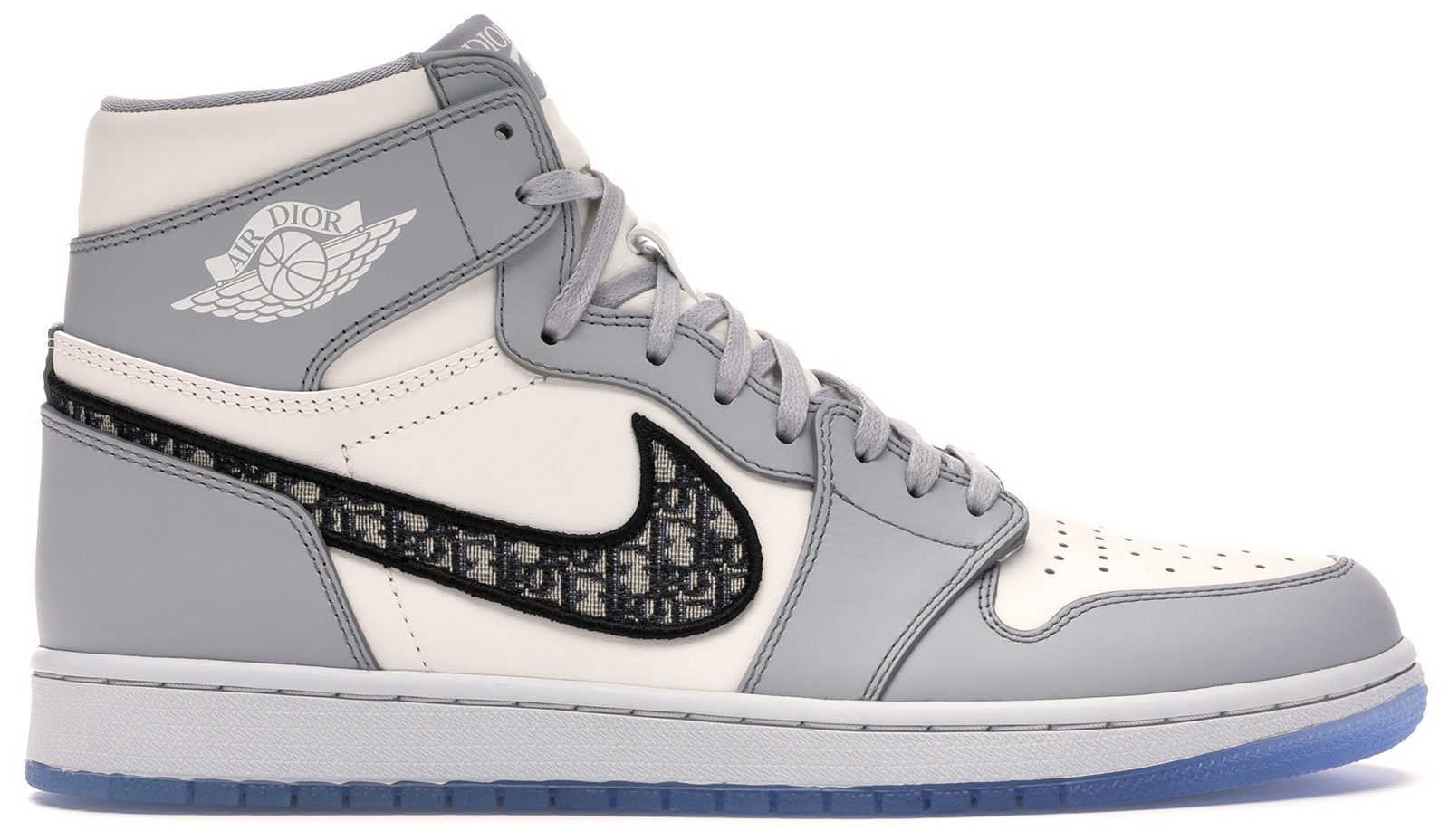 Since its release in 2020, the Air Jordan 1 Retro High Dior has been a perennial fixture among StockX’s most expensive sales. The immense hype surrounding its collaborators, release format, and limited supply has helped the Jordan 1 Dior retain steady demand – and our sales data proves it. Just last week, the luxurious model sold for a market-high $7,582, a 280% premium above its retail price of $2,000. 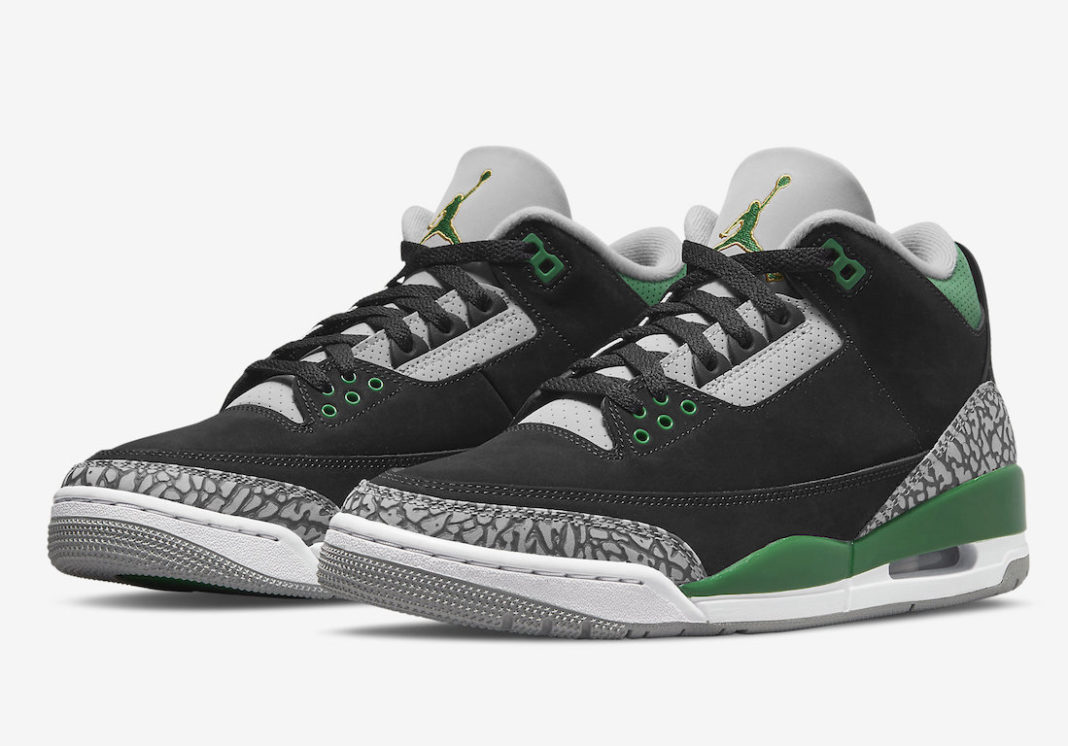 Jordan Brand continues to roll out their Holiday 2021 collection with the Air Jordan 3 Pine Green.

The Air Jordan 3 Pine Green features a black Durabuck upper with signature elephant print overlays and green perforated collars. Hits of Pine Green on the midsole and Jumpman tongue embroidery stand out against their neutral backdrops. From there, a Jumpman heel tab and an Air sole add the finishing touches to this retro design.

The Air Jordan 3 Pine Green releases on Saturday, October 30th for $190 on the SNKRS app and in select retailers. 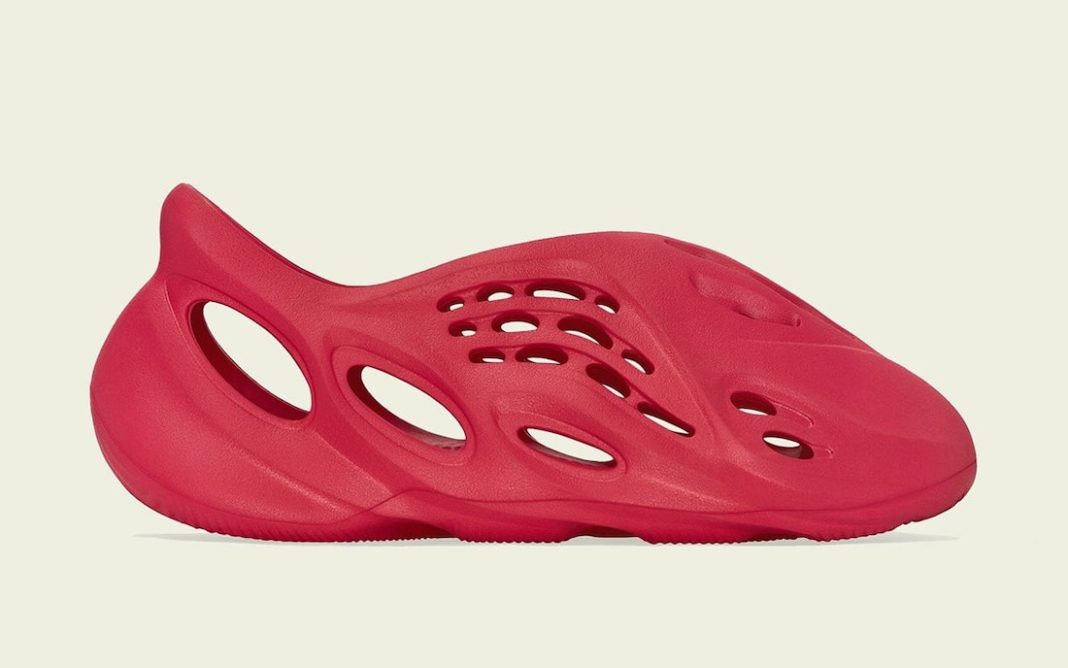 You no longer have to spend $10,000 plus for a pair of all-red Yeezys. For the first time, Yeezy is adding a Red October-esque colorway to its Yeezy line with the adidas Yeezy Foam RNNR Vermillion.

The adidas Yeezy Foam RNNR Vermillion is a statement piece. Constructed of all-red EVA foam, the Vermillion takes a vibrant approach, differentiating itself from other earth-tone colorways within the Foam RNNR line. Also, for the price, it’s a much more affordable option than the 2013 Red October.

The adidas Yeezy Foam RNNR Vermillion releases on Friday, October 29th on the adidas CONFIRMED app and in select stores. 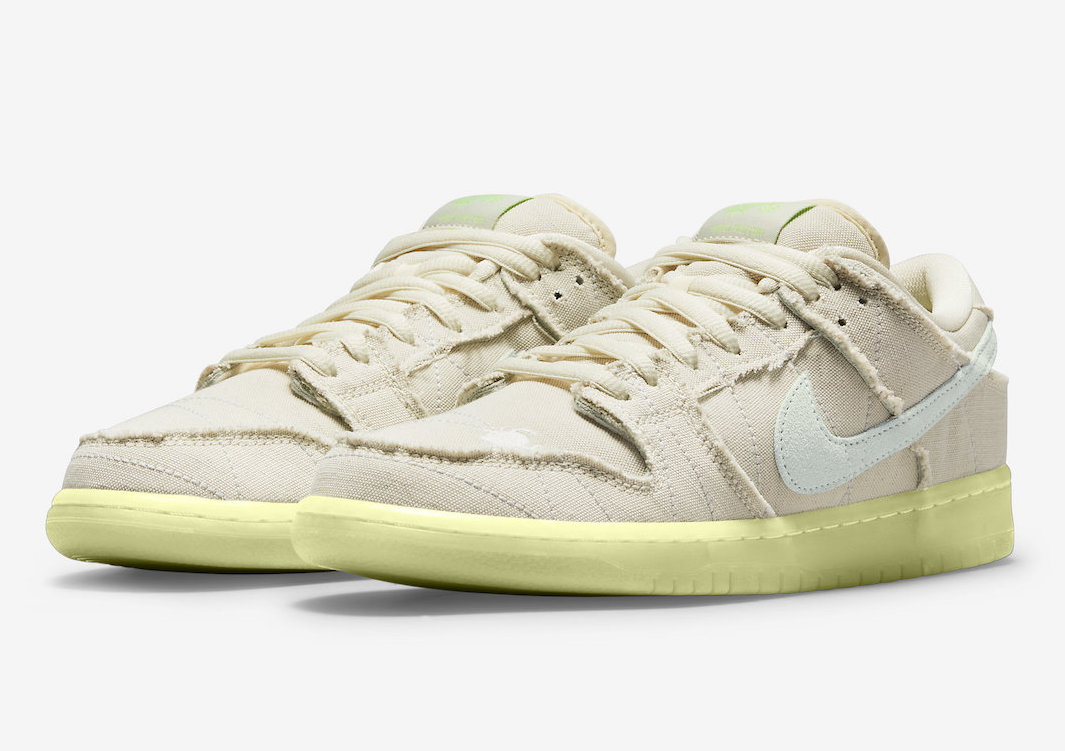 If you plan on dressing up as a mummy for Halloween, the Nike SB Dunk Low Mummy could be your shoe of choice.

The Nike SB Dunk Low Mummy draws inspiration from the Ancient Egyptian mummification process. It arrives with a layered textile upper with cross-stitched detailing and a suede Swoosh overlay. At the heel, eye-shaped graphics peek out from underneath the layered textures. A glow-in-the-dark sole and Eye of Horus woven tongue tag complete this special Halloween release. 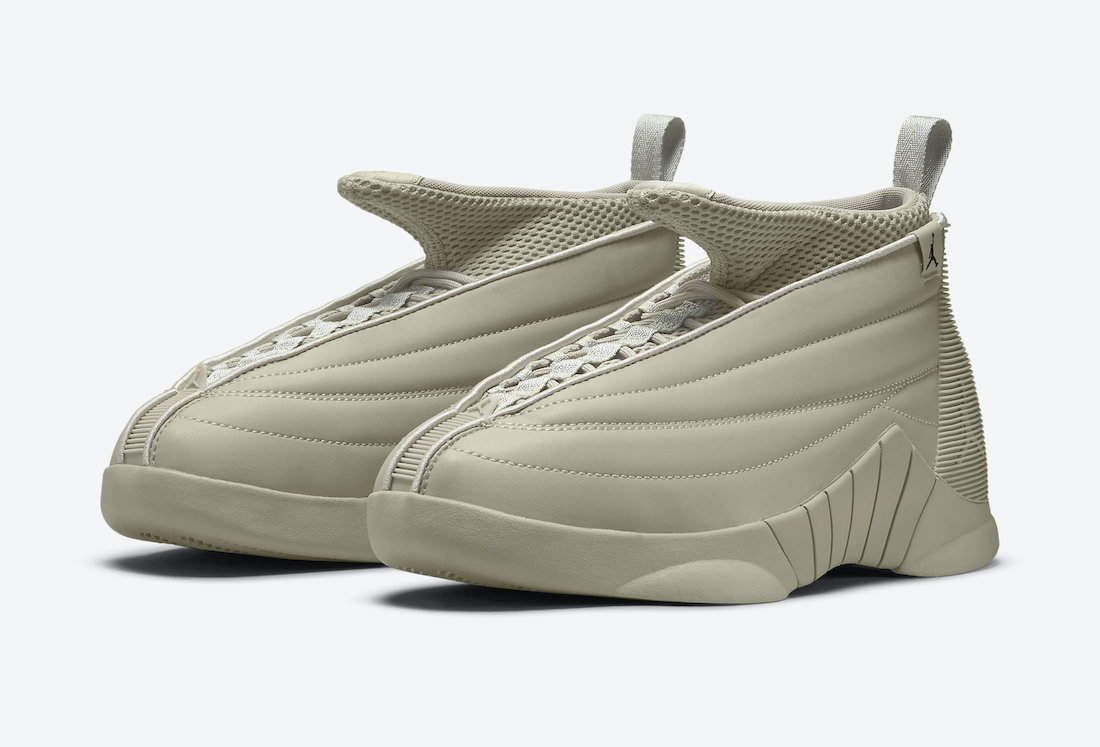 Arriving in all-beige, the Air Jordan 15 Billie Eilish (W) features a paneled leather upper with exposed stitching, mesh tongues, and a ribbed heel wrap. Similar to the AJKO, Eilish’s Blohsh emblem appears on the inside of the tongue.

The women’s Air Jordan 15 Billie Eilish (W) releases on Thursday, October 28th for $225 on the SNKRS app and in select retailers. 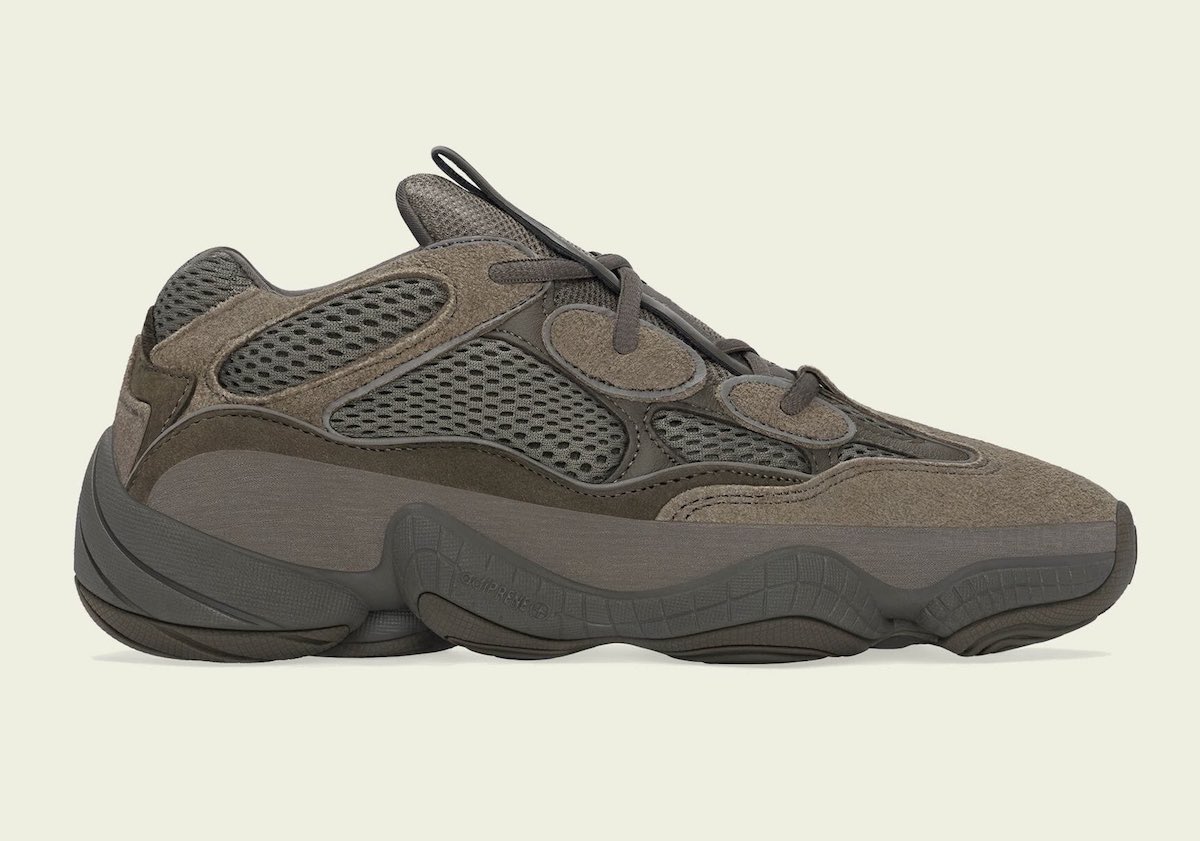 The adidas Yeezy 500 Clay Brown presents an array of materials commonly found in hiking shoes designed to withstand the great outdoors. It is constructed of a Clay Brown mesh upper with leather and suede overlays that wrap the silhouette. A sturdy adiPRENE sole provides a responsive feel to the trail-ready design.

The adidas Yeezy 500 Clay Brown releases on Saturday, October 30th on the adidas CONFIRMED app and in select stores. 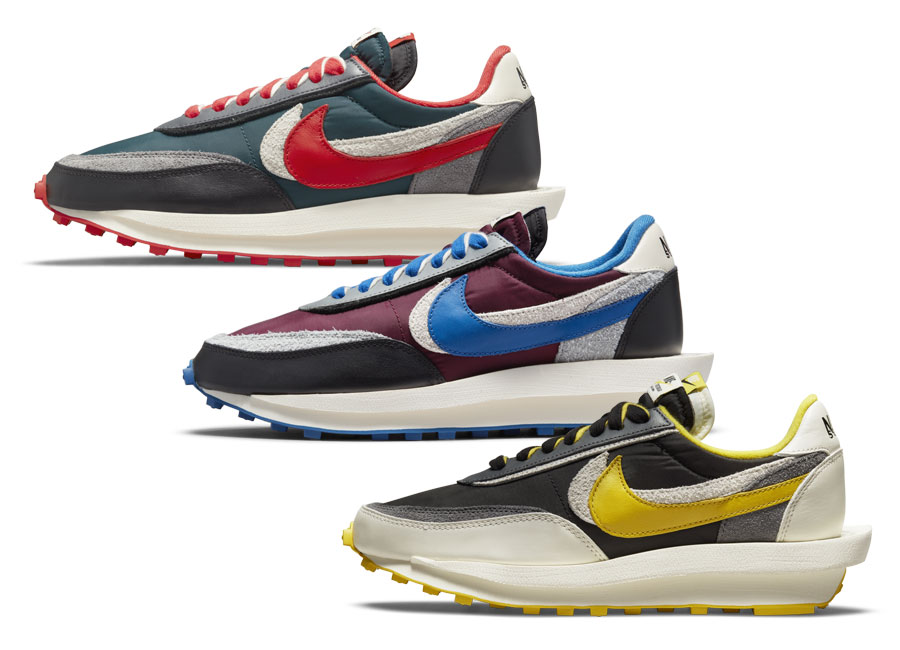 Following a series of three-way collaborations with CLOT, Nike, and sacai teamed up with Japanese label Undercover for three new LDWaffle designs.

Arriving in Midnight Spruce, Night Maroon, and Black and Bright Citron, the Nike LDWaffle sacai Undercover features a combination of materials similar to the 2019 Nike Daybreak Undercover. The upper is composed of nylon with hairy suede and smooth leather overlays. In signature fashion, the tongues, overlays, and soles are doubled, carrying out sacai’s reconstructive design aesthetic.

All three colorways of the Nike LDWaffle sacai Undercover sneaker releases on Friday, October 29th for $170 on the SNKRS app and at select retailers.