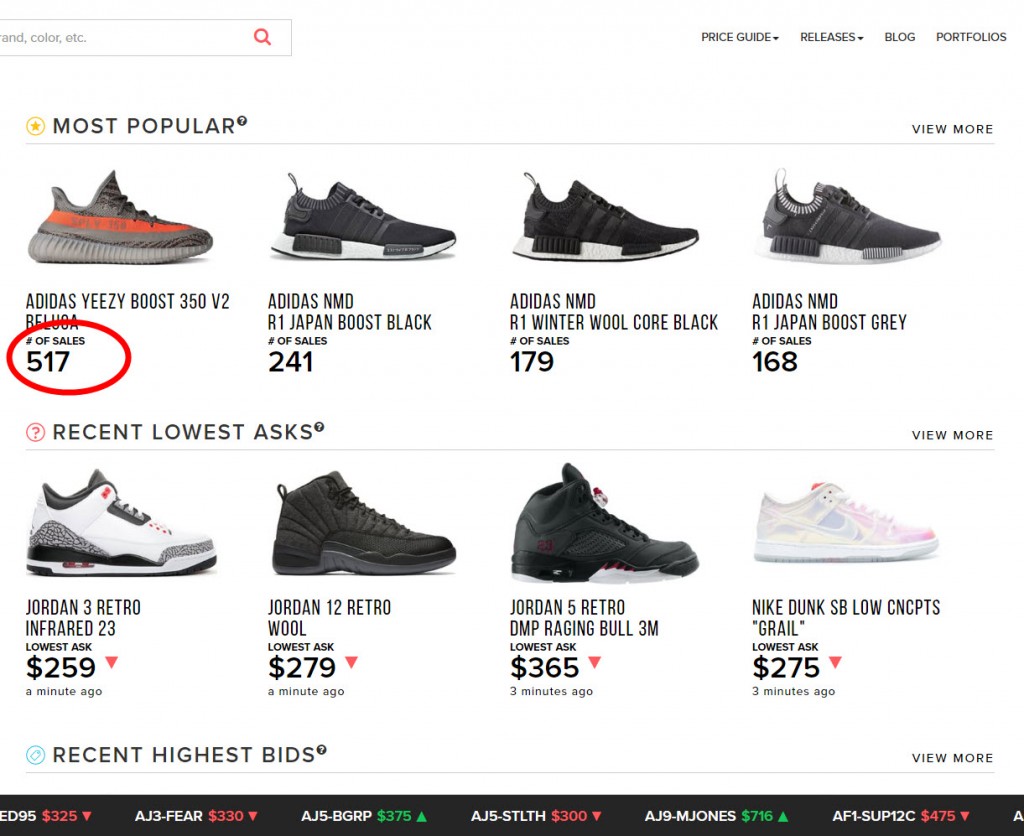 But what might be a lot more surprising – particularly to the three of you who subscribe to the M—P—– theory of Kanye ain’t shit – is that the Beluga is also the number one RETAIL shoe right now, as well. According to SSIData from SportsOneSource, the Yeezy 350 V2 Beluga is the top ranking sneaker sold in the U.S. for the week ending 9/24 (in total dollars).

Even more impressive, the Beluga didn’t release until Sept. 24, which means that in ONE DAY it drove 60% more revenue than the next highest selling sneaker accounted for all week.

Also, whoever said that the AF1 is dead, is dead wrong. 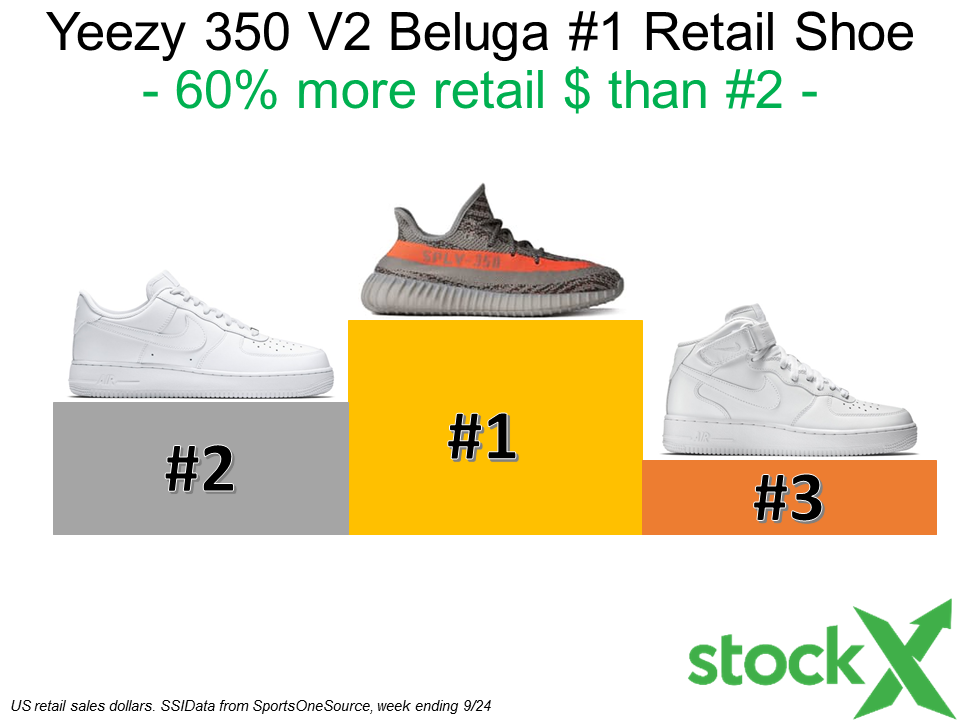