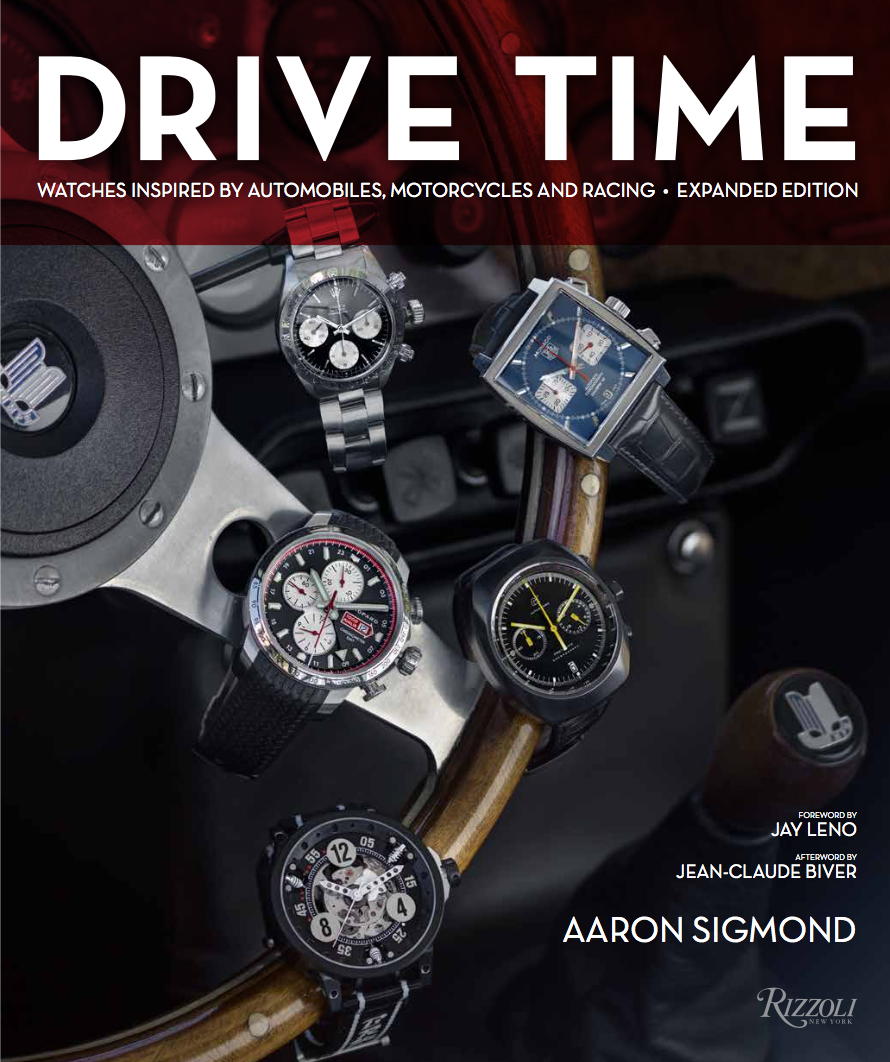 It’s no shocker that most guys who love watches also love cars; the affinity for all things mechanical is just one factor. Hardly breaking news, but give author and watch expert Aaron Sigmond credit for being the first to explore the connection in book form, with suitably envy-inducing photographs, in 2016’s Drive Time: Watches Inspired by Automobiles, Motorcycles and Racing, published by Rizzoli. Unsurprisingly the book sold out and is already a collectable with the few available copies going for around double the original price. Now Sigmund and Rizzoli have wisely decided to release a new, expanded edition, hitting shelves the week of Feb. 12 and now available for pre-order on Amazon.

This is actually Sigmond’s seventh book, “and perhaps my favorite, for no reason other than few authors ever get the chance to take a mulligan,” he tells StockX. “It would be remiss to call it a ‘second edition’, though, because it’s not. It’s an updated second printing of the first version. As the original did, the new book takes a thorough—and lavishly, watch-porn-ily illustrated—look at well over a century of automotive-inspired timepieces, starting with a 1903 Dunhill Motorities double-duty back-seat-and-pocket watch and running through today’s vintage collectibles and noteworthy new models, with a focus on the iconic racing chronographs of the mid- to late twentieth century.” Though of course the likes of Heuer, Rolex and Omega are prominently portrayed, many other brands share the spotlight; more than 100 watches are featured in all.

“The new book includes profiles on both new watches that had yet to be released when the first book was written, as well as vintage watches that were overlooked or samples of which were unavailable to photograph,” Sigmond notes. The expanded edition, as the designation implies, is longer, with 48 all-new pages, updates throughout and an afterword by Jean-Claude Biver, president of LVMH’s Watch Division, which includes Zenith, TAG Heuer and Hublot. On Feb. 15 TAG Heuer and Sigmond celebrated the publication with an event during Watches & Wonders Miami, which happened to take place at the same time as the Miami Design District Concours, showcasing stunning classic cars. Coincidence? We think not….