The Rarest Football Boots on StockX Explore the emerging world of limited edition boots with our roundup of the rarest football boots on StockX.

Explore the emerging world of limited edition boots with our roundup of the rarest football boots on StockX.

This article is part 5 of 11 in the series: Match Ready 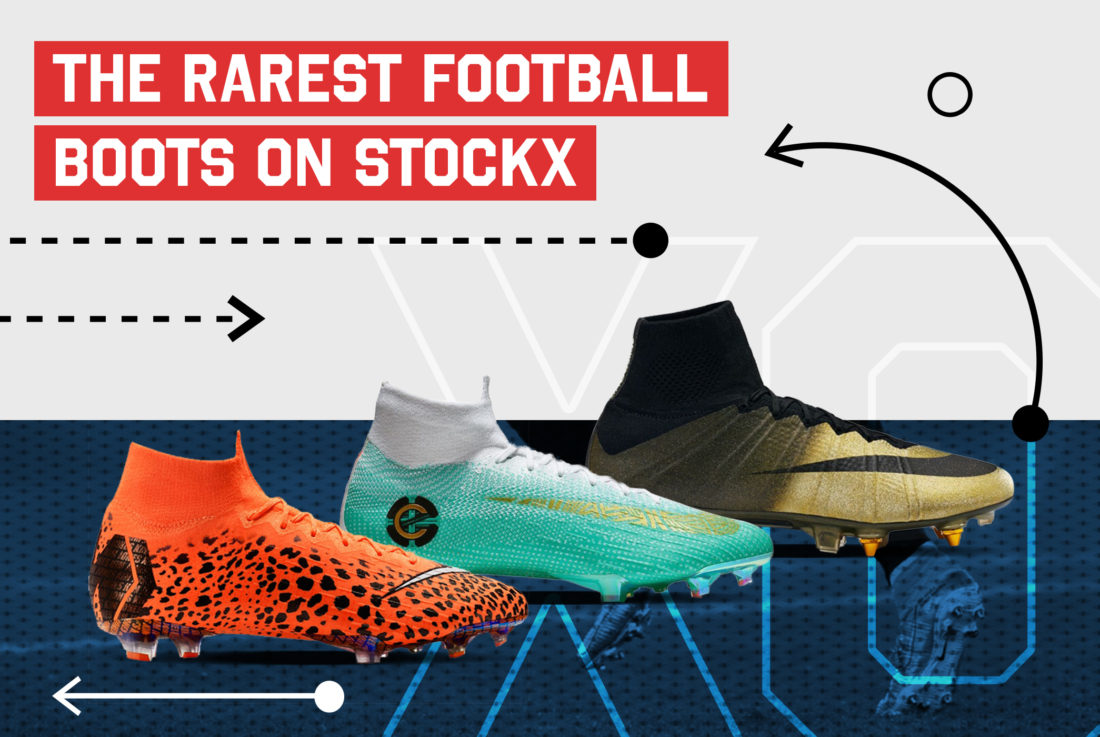 Football boots have always had the power to capture the imagination. From David Beckham’s custom embroidered adidas Predators to Ronaldo’s iconic silver Nike Mercurials, boots are now seen as a way for fashion-conscious players to express themselves on the pitch. But for the sentimental football fan, their meaning can run much deeper than that.

It’s perhaps not surprising then that football boots are now beginning to share a platform with sneakers. From retros to special editions, we’ve seen a new wave of limited edition boot drops in recent years. And by limited, we mean, limited. We’re talking just a few hundred pairs of select models.

So whether you’re looking to flex on the pitch, or want to show off your collection when you have friends over for the game, we’re here to keep you Match Ready with our roundup of the rarest football boots you can find on StockX. 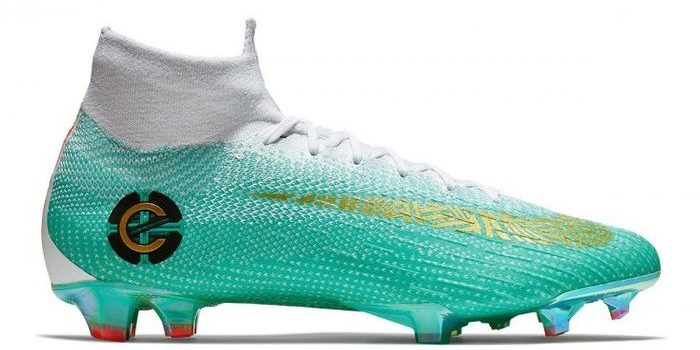 Cristiano Ronaldo may have to battle Lionel Messi for GOAT status on the pitch, but there’s no doubt who comes out on top in the boot game. Limited to just 154 pairs, to represent the Portugal captain’s national appearances at the time of release, the Chapter 6 Special Edition is the most expensive football boot ever sold on StockX, reaching upwards of £1,600. 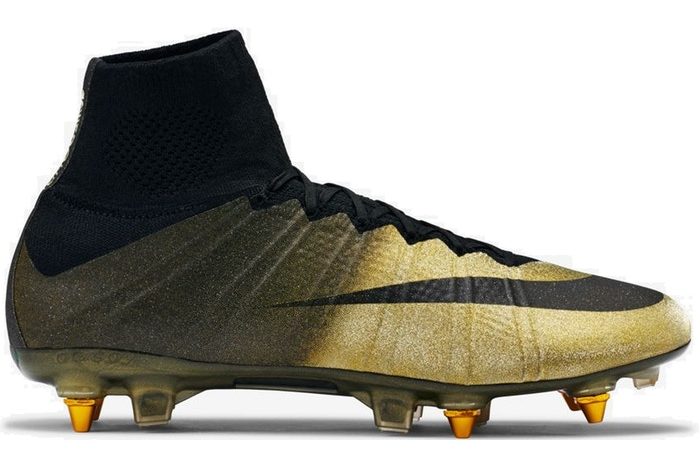 Our man CR7 takes number two position on our list of the rarest football boots with the “Rare Gold” colourway of his own player edition Nike Mercurial Superfly CR7 boot. 333 individually-numbered pairs were released in honour of Ronaldo’s third Ballon D’or award in 2015, with this reflected in an average resale price of over £600. 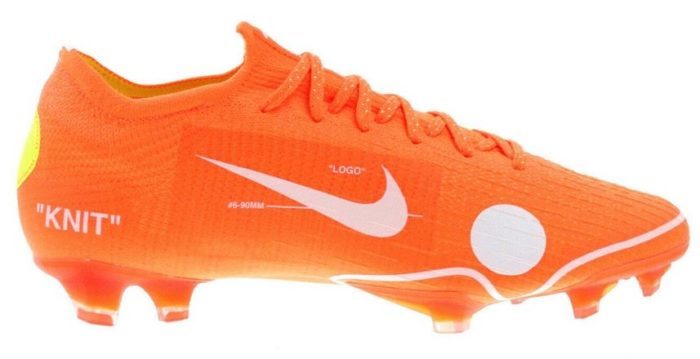 Rumoured to have been limited to a run of just 900 pairs, the Nike Off-White Mercurial Vapor 360 was debuted on the pitch by Kylian Mbappe against Monaco. With over 300 pairs sold since being released in 2018, these are the most popular limited edition football boot to release on StockX. 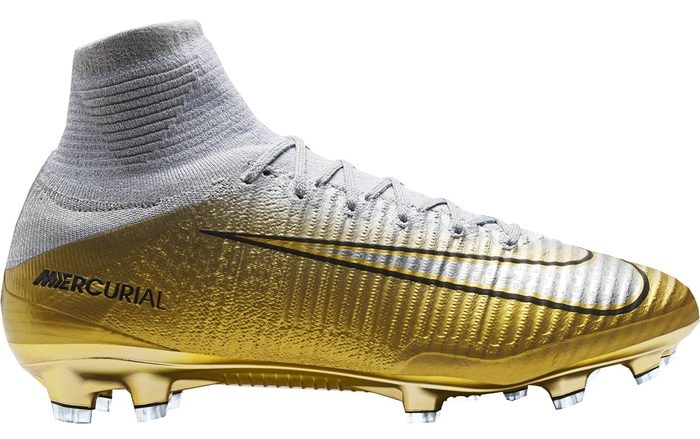 Fast forward three years from the release of the “Rare Gold” and Ronaldo was celebrating Ballon D’or number 5 with a brand new pair of special-edition boots. The “Quinto Triunfo”, which predictably translates to “Fifth Triumph” in Portuguese, was limited to 1,000 pairs on release day.

Famous for featuring alongside Barcelona’s Ronaldinho in the first YouTube video to ever hit 1 million views, the Nike Legend 10R made a long-awaited comeback in 2018. The Tiempo Legend 7 Elite 10R “Ronaldinho” is a 1 to 1 remake of the original 2005 design, but with some small adjustments making the boot match ready for the modern game. Limited to just 1,000 pairs, and individually numbered, these boots come with some serious clout. 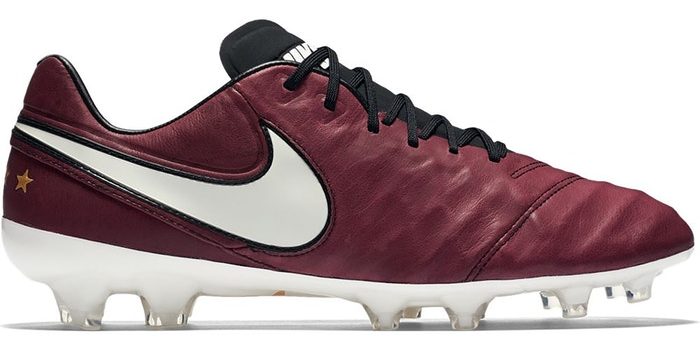 Like a fine wine, Italian maestro Andrea Pirlo got even better with age. So it’s fitting that this Nike Tiempo Legend 6 special edition comes in a sophisticated Merlot Red colourway. Limited to 1,500 pairs and made up of premium Algerian leather, the boot also features four gold stars on its heel to honour Italy’s World Cup titles.

Thanks for hanging on in there, three-stripe fans. We’ve finally arrived at the iconic adidas Predator. Made famous in the ’90s by David Beckham and Zinedine Zidane, few limited-edition boots can touch the Predator in terms of football nostalgia. This 2018 Predator “Accelerator” was released in a limited run of 1988 pairs to celebrate the boot’s 20th anniversary and it still looks as fierce as ever.

8. Nike Mercurial Superfly 360 “What The Mercurial?” 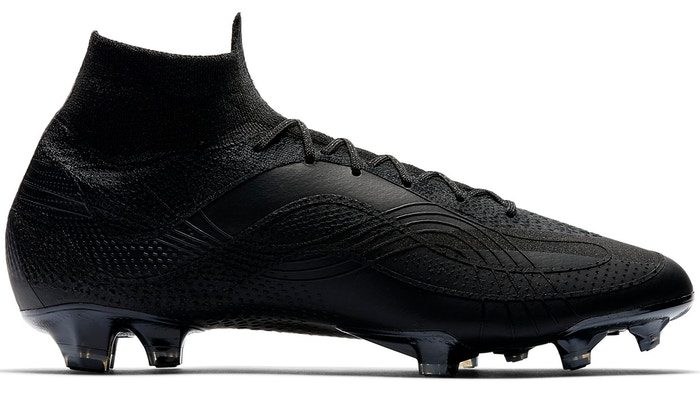 In the same year, the first Mercurial Superfly was breaking on to the scene. Modelled around the game of Brazilian striker Ronaldo (not Cristiano), the Mercurial was built for speed and skill. Nike celebrated this legendary boot with 1998 pairs of the “What The Mercurial?” released to mark the boots 20th year. 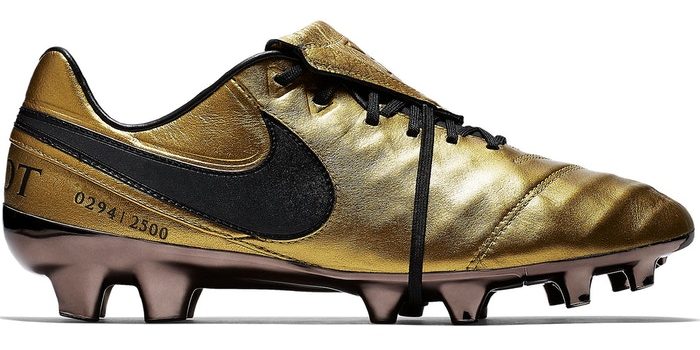 AS Roma legend Francesco Totti is renowned for having spent his entire 25-year professional career with the club. His stature in Rome is such that he has been considered its Eighth King. 2,500 pairs of these gold Nike Tiempo Legend VI’s were released to honour the club’s greatest captain during his final season in 2017. 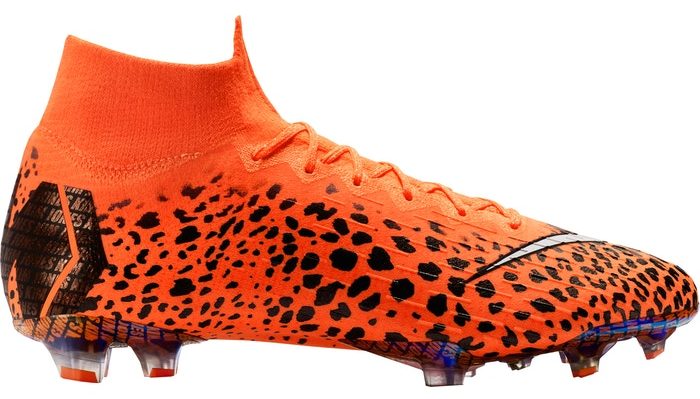 Already billed as the fastest boot in the world, the Nike Mercurial Superfly got even quicker with this cheetah inspired design by Kim Jones. Taking inspiration from his childhood experiences growing in Africa, the boots were debuted by Cristiano Ronaldo in a Champions League tie against Paris Saint-Germain in 2018, with 3,000 pairs released online at half-time.