The definitive guide to the New Balance 550: the history, how and when to buy them, and more.

The definitive guide to the New Balance 550: the history, how and when to buy them, and more.

Although most people think the New Balance 550 is a modern silhouette, the history of the 550 has much deeper roots. The P550 Basketball Oxford, as it was originally known, debuted in 1989 as a basketball sneaker. However, competition on the court from established brands such as Jordan and Reebok meant that the silhouette never really took off and quickly disappeared into obscurity. 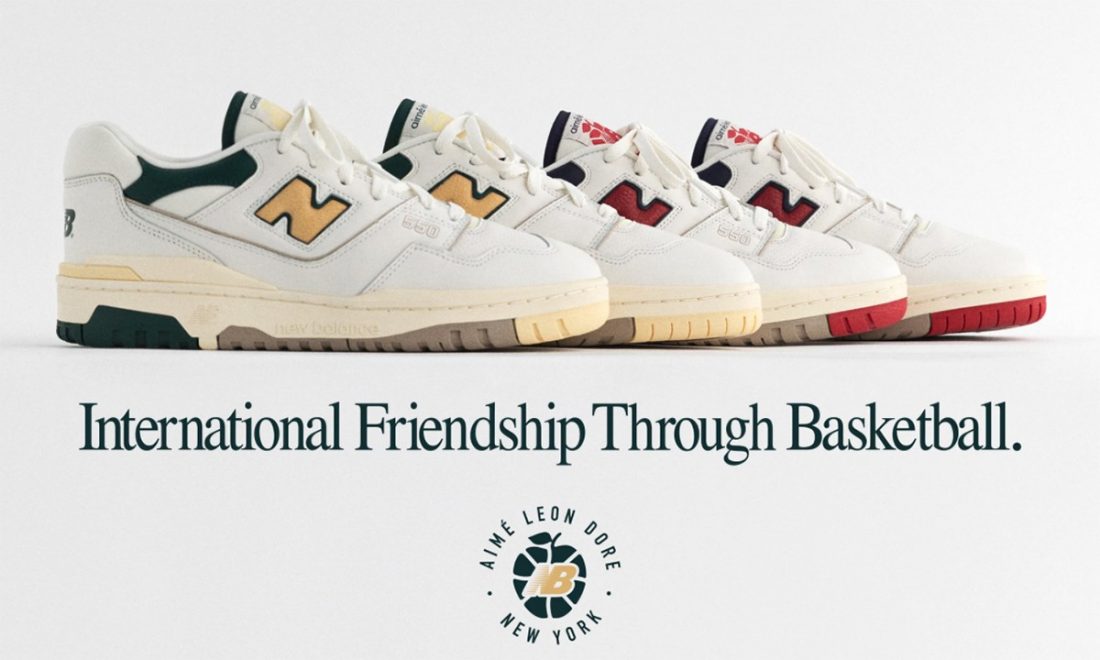 Over 20 years later, Teddy Santis and his brand, Aimé Leon Dore, came along. Santis’ love for basketball, vintage and archival models led to him re-discovering the 550 silhouette, as Joe Grondin, senior manager of global collaborations at New Balance, told SneakerFreaker.com:

“The NB550 actually came from Teddy. He pitched it. He found this random picture of the 550, and he was like, ‘What is this?’ We did a bunch of research and found the silhouette from 1989. The only information we could find about it was from an old New Balance Japan catalogue. We were lucky because the Japan catalogues are super detailed. We started researching hashtags on Instagram and found this collector who had a pair. Once we got the shoe in hand we built it from scratch with Teddy. He’s so particular about shape, so everything took us at least eight to ten revisions. We were adjusting millimetres here and there just to get it right.”

The newfound success of the New Balance 550 lies in its versatility. Having mainly retained its original aesthetic, the 550’s simple design and range of colourways mean that it can be paired with pretty much any outfit without fuss. In addition, by retailing at just £100, the sneaker scores favourably when it comes to price versus other New Balance silhouettes. 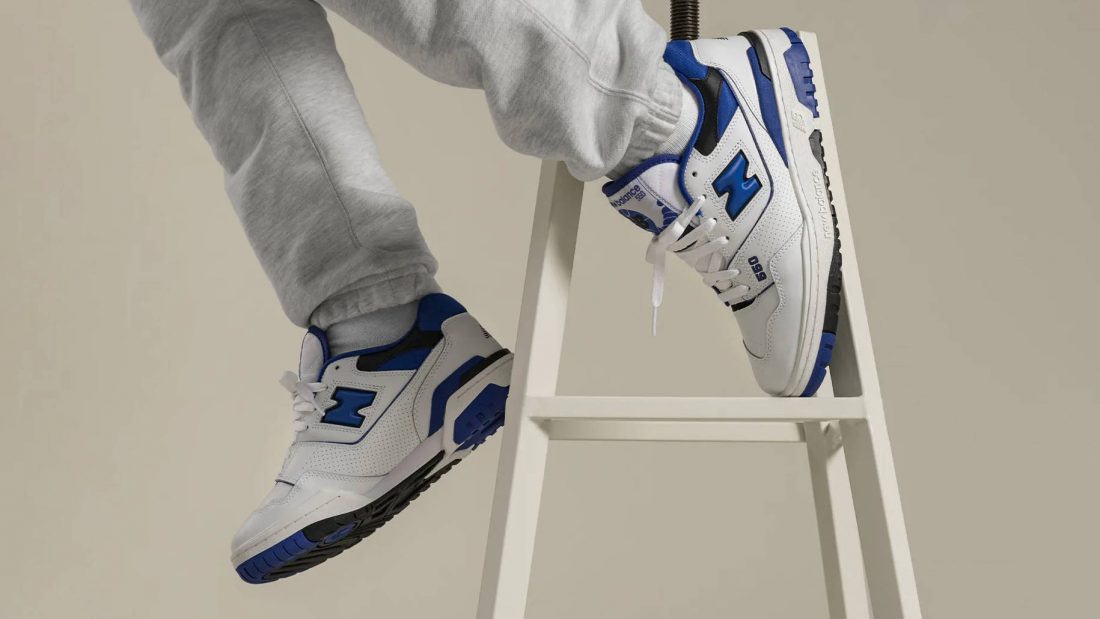 When Are the New Balance 550 Coming Out?

We’ve seen a number of NB 550 colourways and collabs released this year, but there are no common trends to help predict when the latest NB 550 release or restock will be. The best advice we can give you is to keep monitoring the brand’s online launch calendar and stay up to date with New Balance stockists. You can sign up to the NB mailing list to be notified when the 550 will be available, however, given its status as one of the sneakers of the moment, it is very likely that the shoe will already be sold out by the time you get the email.

How Much Do the New Balance 550 Cost?

Unlike the Made in USA and Made in England models, the NB 550 has a much lower retail price. The most common colourways, the so-called General Releases or GRs, have a retail price ranging of £100, while collaborations generally retail for a slightly higher price. Given the high demand for every NB 550 drop, resale prices can change depending on the colourway, collaborator and size. Typically, we’re talking price premiums of under £100 for General Releases, but collaborations such as Aimé Leon Dore tend to demand higher values due to their scarcity 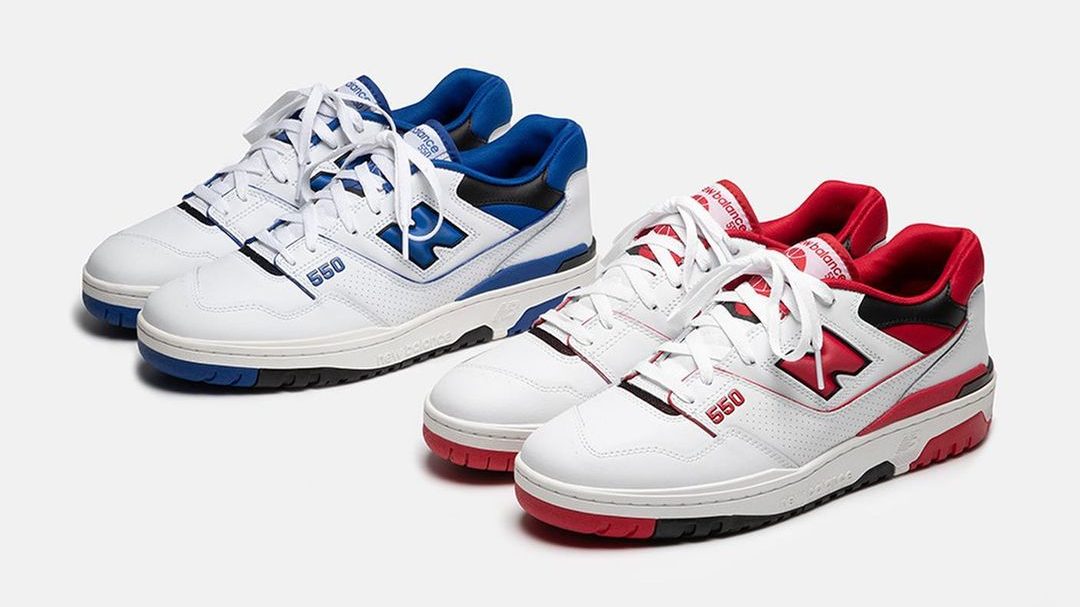 In addition to global New Balance stores and websites, the NB 550 General Releases can also be purchased at high street stores. Collaborations tend to see much more limited releases due to their scarcity, with only select retailers of the Boston brand receiving these drops, and usually fulfilling demand via raffles. You can also shop the entire catalogue of 550 releases at any time on StockX, with our 100% authentic guarantee and global shipping without additional customs costs. 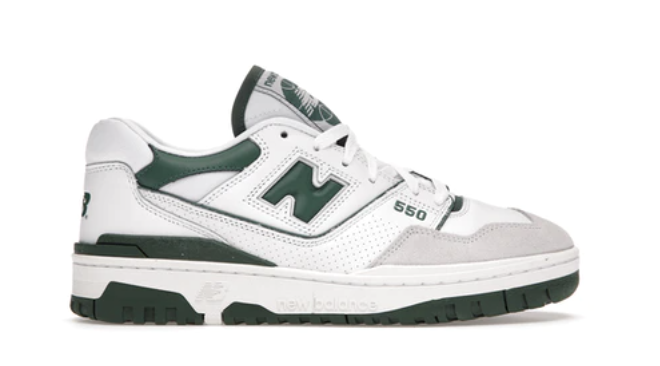 The NB 550 fits pretty much TTS for most people. Having said that, they are on the narrow side, so if you have wider feet you might want to take half a size up. The leather will also stretch over time with wear, however.