Think about all of the best pairings to ever shake up culture. Before 1889, whoever thought that putting cheese on dough to make pizza would forever be the GOAT. If you’re a wrestling fan, who can forget about Triple H and Shawn Michaels creating D-Generation X? And nothing hits better than a hot shower followed by fresh new bed sheets. Unfortunately, some pairings don’t come across so harmoniously. Initially, odd partnerships make us question “what were they thinking?” But with time, these items have all been praised for their unique nature and are extremely sought after on StockX. We take a look at some of those special collaborations that have brought novel designs to sneakers, streetwear, watches, handbags, and collectibles.

Sneakers are the most common item to get hit with collaborations. Every week a new shoe gets teased and hype begins to build. Kyrie Irving, professional basketball player for the Brooklyn Nets, delivered a collaboration between his Nike Kyrie 5 signature shoe and a familiar cartoon character, Spongebob Squarepants. Despite the unexpected nature of the collaboration both fans of Kyrie and Spongebob were ecstatic about its outcome, as the shoe accurately depicts each character while maintaining full performance support on the court. 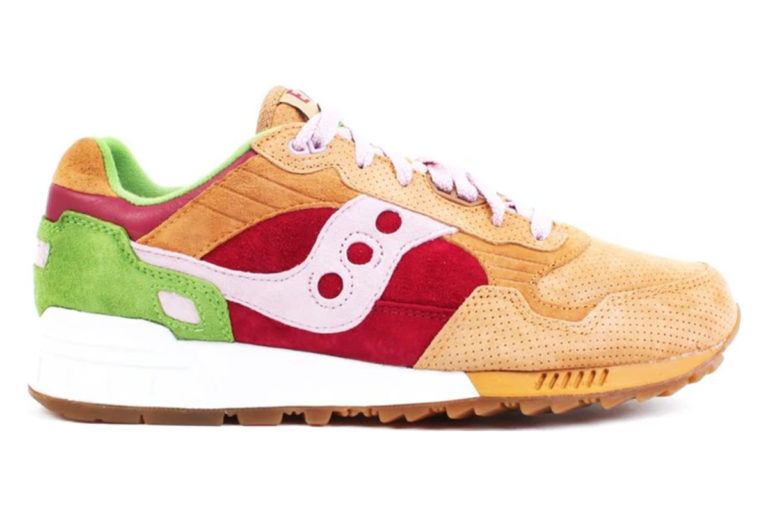 Another head turning collab came from UK-based boutique END. and Saucony, who delivered a shoe in 2014 that was both appealing to the eyes and the stomach. When many designers and brands think of inspiration, most turn to national landmarks, cultural events, or personal anecdotes. But END. went with something a bit different with the Shadow 5000, centering the collaboration around burgers. From the tan colored upper to resemble the bun, to the green accents to represent lettuce, the two brands hit every point of a burger, with the laces being packaged in bags designed to look like ketchup and mustard packets. The sneaker earned high praise for its one of a kind color blocking design, premium materials, and limited quantity, and launched a trend of food inspired footwear. 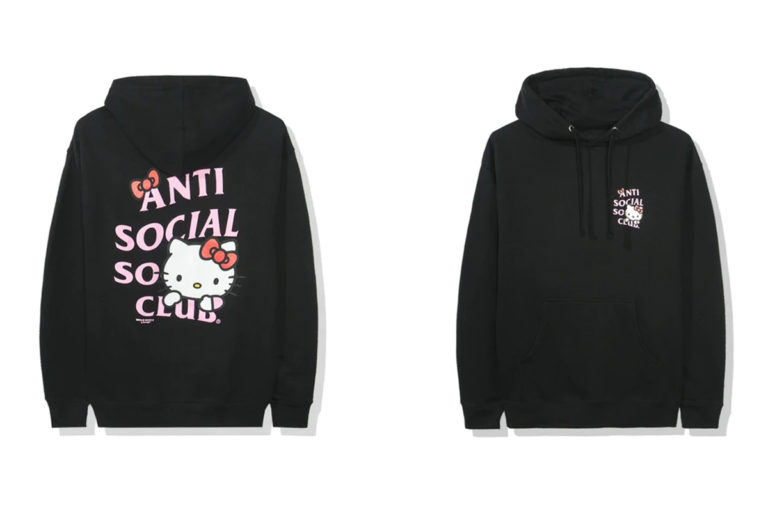 With fashion taking more of an experimental turn in recent years, we should expect the unexpected. Even with that in mind, there are still some streetwear collaborations that make us question “Why?” Anti-Social Social Club makes this list twice as their collaboration with Hello Kitty is an example of such an odd pairing. Think about the figure that is the Hello Kitty, a lovable character who promotes inclusivity and affection. Then, think about ASSC, a brand that promotes the literal opposite of that, solely from their brand name alone. Despite the contradictory nature of the collaboration, it was well received by the public, as pieces from the collection sold out quickly and have been selling above retail prices on StockX. 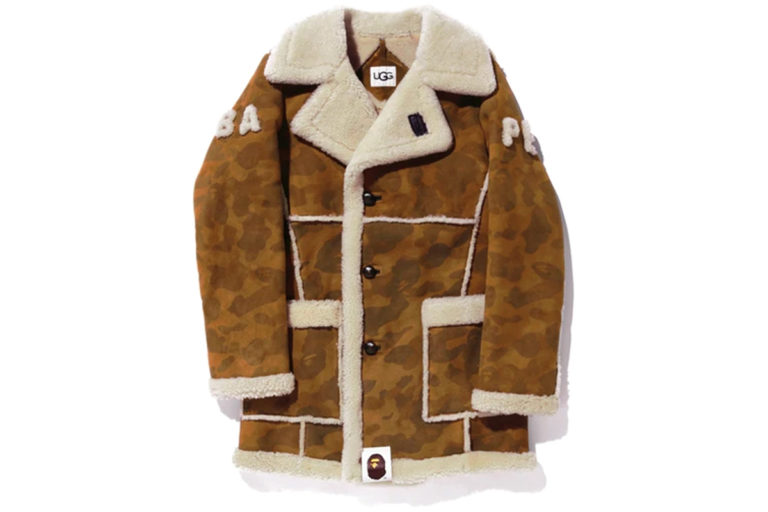 BAPE has been collaborating with every brand under the sun including adidas, Dr. Marten’s, and even Swatch. But nothing was more of a surprise than their 2019 partnership with UGG, bringing together Japanese streetwear and shearling-lined winterwear products. UGG, a brand commonly known for their boots, was brought to deliver more from their BAPE collaboration, as the two reworked sneakers, gloves, and slides. A standout from the collection was a Mouton Coat composed of shearling fabric and BAPE Camo. If you’re either preparing for the upcoming winter or down to wear it even in the heat, the jacket is below its retailed $3,500 price tag. 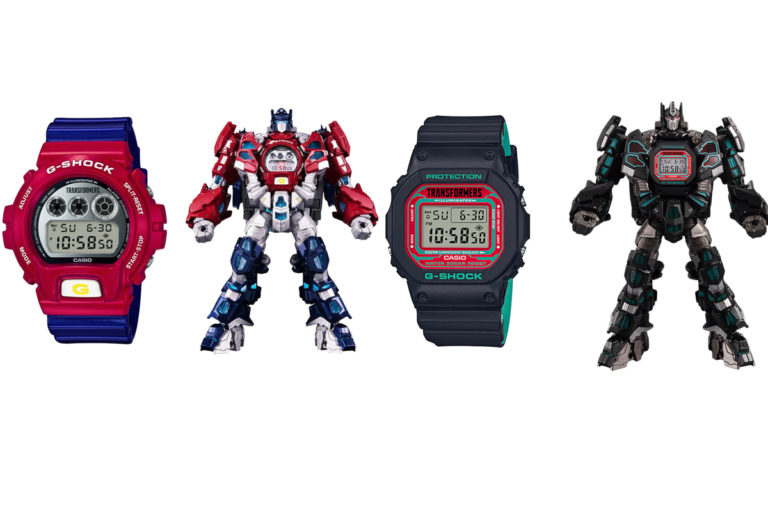 When it comes to collaborations within watches, Casio is king. The product of these collaborations are always colorful in their concept. In both 2018 and 2019, the Japanese watchmaker worked with Transformers on a collection of two watches that had to be their most outlandish yet. The collection delivered a set of watch stands that transform into actual Transformer figures! Something you don’t see everyday, especially when it comes to the serious nature that watches exude. 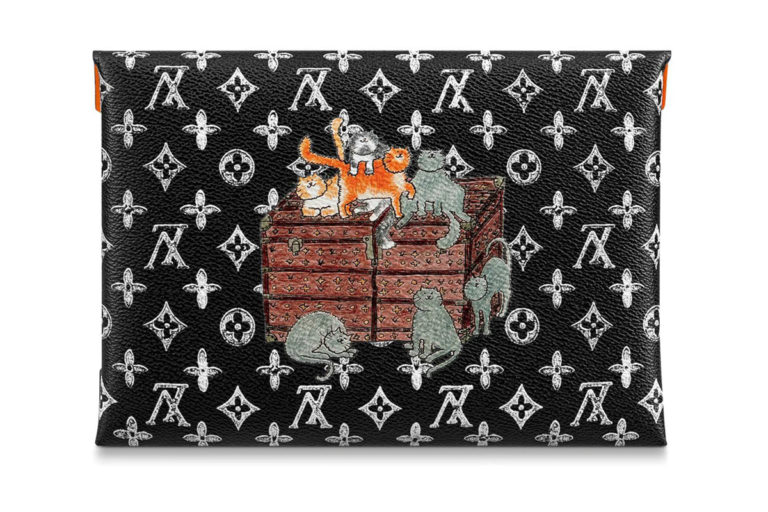 Louis Vuitton collaborations are scarcely given, with only two executed each year. So when Vogue’s Creative Director Grace Coddington was graced with a collaboration of her own in 2018, she made sure to deliver a unique take on the popular LV monogram. Coddington’s collection speaks to all pet lovers as her collaboration plastered drawings of her own cats and dogs on bags, key charms, and other accessories. 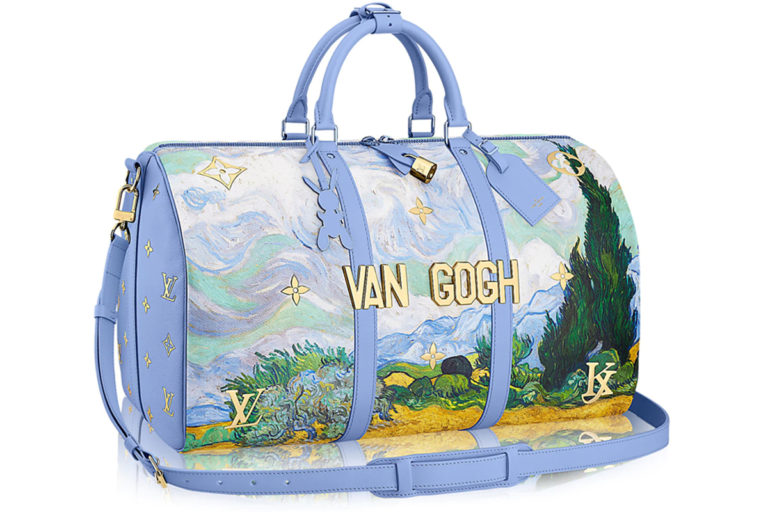 Most collaborations that come from LV always showcase the brand’s classic monogram front and center. But iconic artist Jeff Koons went with a different approach in 2017, as he decided to cover the LV branding with classical artwork. Utilizing work from the likes of Van Gogh, Monet, and da Vinci, Jeff Koons was able to change LV’s classic bags into compact art pieces, making anyone who carries one a walking museum. 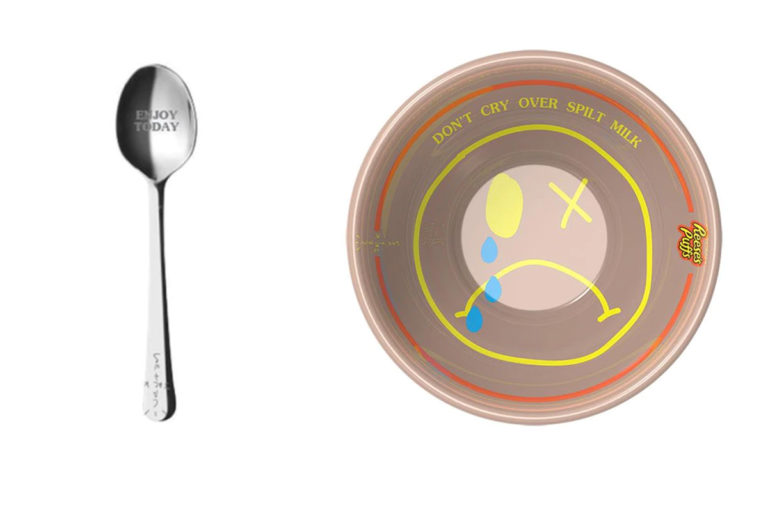 What good is a collectible if it isn’t original and loud? Last year, rapper and Astroworld maestro Travis Scott released a bowl, spoon, and cereal box collaboration with none other than General Mills Reese’s Puffs, a project that made us all say “Nah seriously?” Not only was it odd and delicious but it was also extremely successful, with hundreds of bowls and spoons selling on StockX for well over their $10 and $20 retail price. 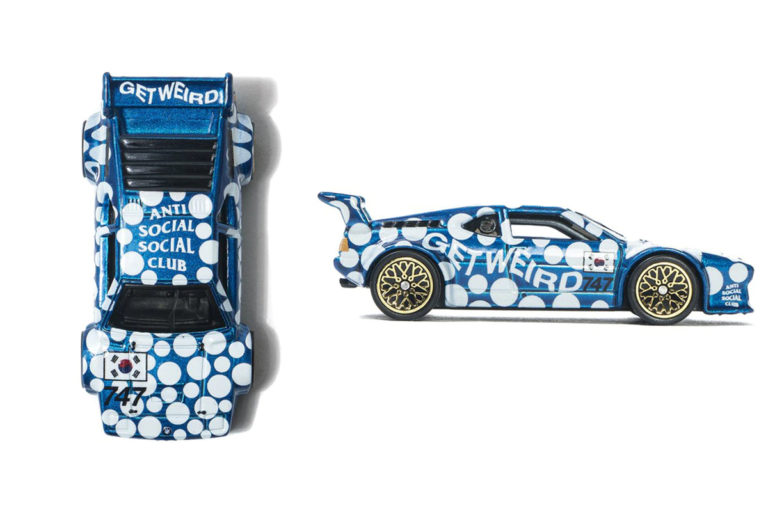 Another odd combo came from streetwear label Anti-Social Social Club and Hot Wheels. The two merged together on a BMW toy car with the words “Get Weird” decaled on the car, fitting for the project itself because it was exactly that: weird. You may be asking yourself “What do toy cars and clothing have to do with each other?” The answer is maybe nothing at all, but that doesn’t make it less appealing.

The Most Expensive KAWS Figures in StockX History

The Most Expensive KAWS Figures in StockX History