Brandon Blackwood is bringing his own unique flare to the handbag industry. Read below on his journey from studying neuroscience in college, to creating a multi-million dollar handbag empire.

Brandon Blackwood is bringing his own unique flare to the handbag industry. Read below on his journey from studying neuroscience in college, to creating a multi-million dollar handbag empire.

Brandon Blackwood has made a lane for himself within the handbag industry. Originally chasing the dream his immigrant parents had for him of becoming a neuroscientist, an aspiration shared by many first-generation parents, Brandon graduated college. From there, he focused on his interests and pursued fashion as a career, going against the expectations set by his family. Despite his love for handbags developing accidentally, he cultivated his eponymous handbag brand that is now on track to rake in $30 million in revenue, according to a Business Insider article from earlier this year. The 29-year old has accumulated a mass following of 400K+ followers on Instagram and boasts celebrities from Kim Kardashian to Saweetie sporting his bags. With signature handbag models that come in various shapes and sizes that appeal to a wide range of customers, his products sell out on his site with lightning speed and at other retailers like Saks Fifth Avenue, Bloomingdale’s, and Kith.

In an exclusive interview with StockX, Brandon Blackwood explains his entry into handbags, offers advice for young Black creatives, and describes the direction he sees the brand moving towards.

How did you decide that creating handbags was your calling?

It happened accidentally: I was working as a buyer at this thrift store in Williamsburg, I don’t know what came over me, I was like “I want to make a bag for myself.” And I made it. I would wear it around and everyone just stopped me asking, “Where’d you get that?” A couple of friends I had that worked in fashion, and met through working at the store were like, “Dude you need to just produce a line like this, it’s going to be the thing.” And I just did it and it kind of grew from there.

What was it about making backpacks and handbags, and not just any other type of products, like a T-shirt?

My thing is, how many T-shirt brands are there? I don’t think that’s exciting anymore, but on top of that, I felt with handbags it’s something that is worn relatively more often than shirts or jeans. You’re going to pair that more with your outfit. So I planned it to be something that was functional and something that was useful. And I thought bags were the perfect entry into that. 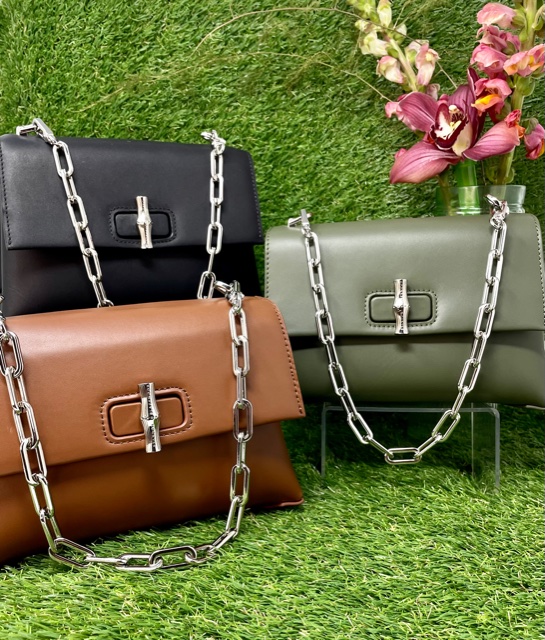 When you were making these early/first handbags, did you feel as though there was something missing within the handbag industry that you could bring to the table?

For sure. And I think that’s why I had to just make a bag that I, myself, would wear. My piece is for me. I think what was missing was a very simplistic, functional, yet chic moment. I felt like all the popular handbags a couple of years ago were over the top, and all the “it bags” were almost gaudy. Why don’t we have something everyone can afford that’s really chic, sturdy, functional, and pairs with everything? I don’t want to make your craziest bag, I want to make the bag that you actually wear the most.

How have your past experiences helped you develop your skills for creating a multi-million dollar business?

I would say that being in those environments and seeing all the new stuff coming in way before it’s in store and being fed fashion, fed new ideas for styles, developing those skills, was almost inevitable. But I think growing the business, too, I learned from working retail. So I got to see both sides of the business. And I saw what happens after you create your samples and how your samples should be marketed, but also saw how to style, how to treat customers, how to make a product, and highlight a product through my retail experience, too. So I think it was a mixture that really helped me grow the business to where it is today.

Are there any sources of inspiration that you’ve looked towards to help you design your work?

We live in the age of social media, so we’re constantly fed content, shoot ideas, colorways, different styling techniques, things like that. I feel like now it’s almost easier because I get to be inspired as soon as I turn on my phone. I do think also being a Black designer, I choose to honor the culture I come from. Our copy that we do, our posts, the things we make, like the bamboo tote, we really pay homage to where we’re from and who we sell to, predominantly. 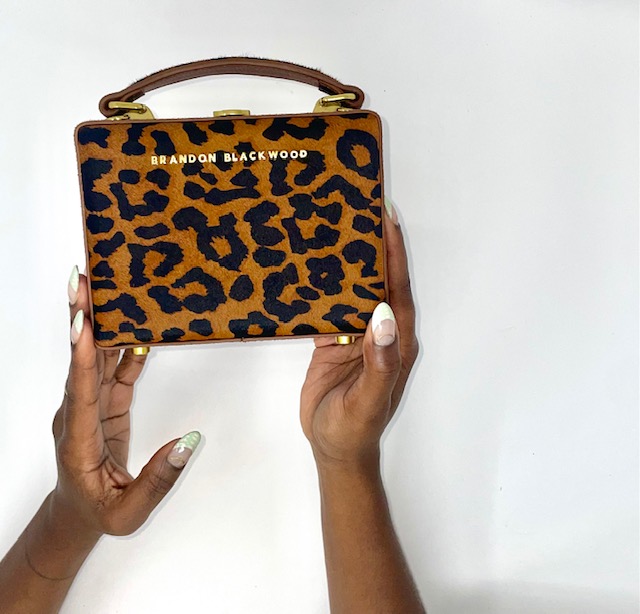 In your New York Times interview, you talked about “losing [your] twenties.” How did you learn to prioritize your career over possible distractions? Have you developed a better work-life balance since then?

I had to prioritize my career because it was only me and no one else. I wouldn’t say no one believed in it, but no one’s going to help me. It was me having to do everything and if I didn’t do it, it won’t get done. So I kind of had to let go of a lot of relationships to make the brand what it is today. However, when it comes to work-life balance, I try my hardest but it’s not that great. I’m always working. I stayed up till 5:00 AM this morning talking to factories for the fall collection. So that’s just what it takes. I have pockets of free time throughout the day and those are the times where I go shopping or take a nap or read up on stuff online, things like that. But it’s a work in progress.

It seems like you’ve built a lot of your business through social media. With platforms like Instagram and Facebook developing their sites to cater towards more small businesses, the space to stand out is getting very slim. Do you have any words of wisdom or encouragement for young Black startups?

I think a lot of people when they want to start a business, are a little nervous because they’re like, “Oh, well, so-and-so does that, too.” I think it’s really stupid to think like that. There are so many people in this world, there are so many potential customers in this world, and there’s so much money just circling in this world, that you can take a piece of it. I think, especially with social media, it’s harder to fail because we automatically are starting our businesses on platforms that have built-in audiences.

Make that core content, be consistent with it, get it in the right hands, and really just keep your social identity healthy. And you’re going to be fine. You can definitely make it work. You just have to be really dedicated.

You often talk about how your mother wanted you to pursue the sciences. As a son to immigrant parents myself, I understand the underlying pressures that come from those parents and how they prioritize the sciences and the laws as the only two career paths. What advice would you give to people whose parents have certain career expectations?

I said something very rude once to a family member who was not into the idea of me being in fashion. And I was like, “If you want a lawyer in the family, you better start applying to law school.” You need to do what you want to do. It’s your life. It’s not anyone else’s. And at the end of the day, it’s what makes you happy because we come into this world alone and we die alone. I’m not going to give my life for someone else’s dream. You had your time to do that dream and you didn’t do it. Why should I? So that’s how I approach it. You can’t live for other people. 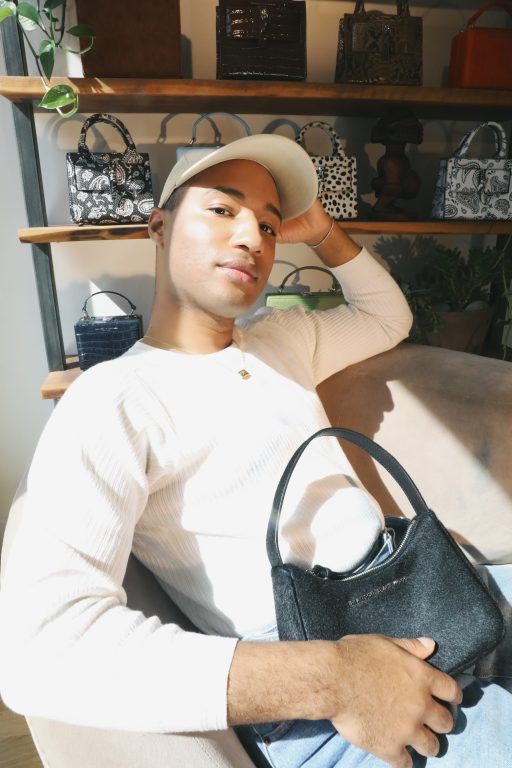 Brandon Blackwood in his studio, holding his black Syl Bag.

Do you see yourself expanding your catalog outside of accessories and handbags? Maybe clothing and footwear?

All I have to say is look out for our fall collection.

The momentum of your brand is astounding. Where do you see Brandon Blackwood going from here?

I feel like whenever I answer this, it’s a very basic answer. Like, “I hope to do this, blah blah blah.” But… I’m going wherever this takes me. Wherever this takes my team, that’s where we’re going to go. We didn’t see this happening a year ago, you know? So I don’t think there’s anything new that my team can’t do at this point. That sounds a little cocky, but it’s true. So we’ll see. Showing Off to Your Family

Showing Off to Your Family