From cheap Jordans to steals and deals, we highlighted the best affordable Jordans available on StockX.

From cheap Jordans to steals and deals, we highlighted the best affordable Jordans available on StockX. 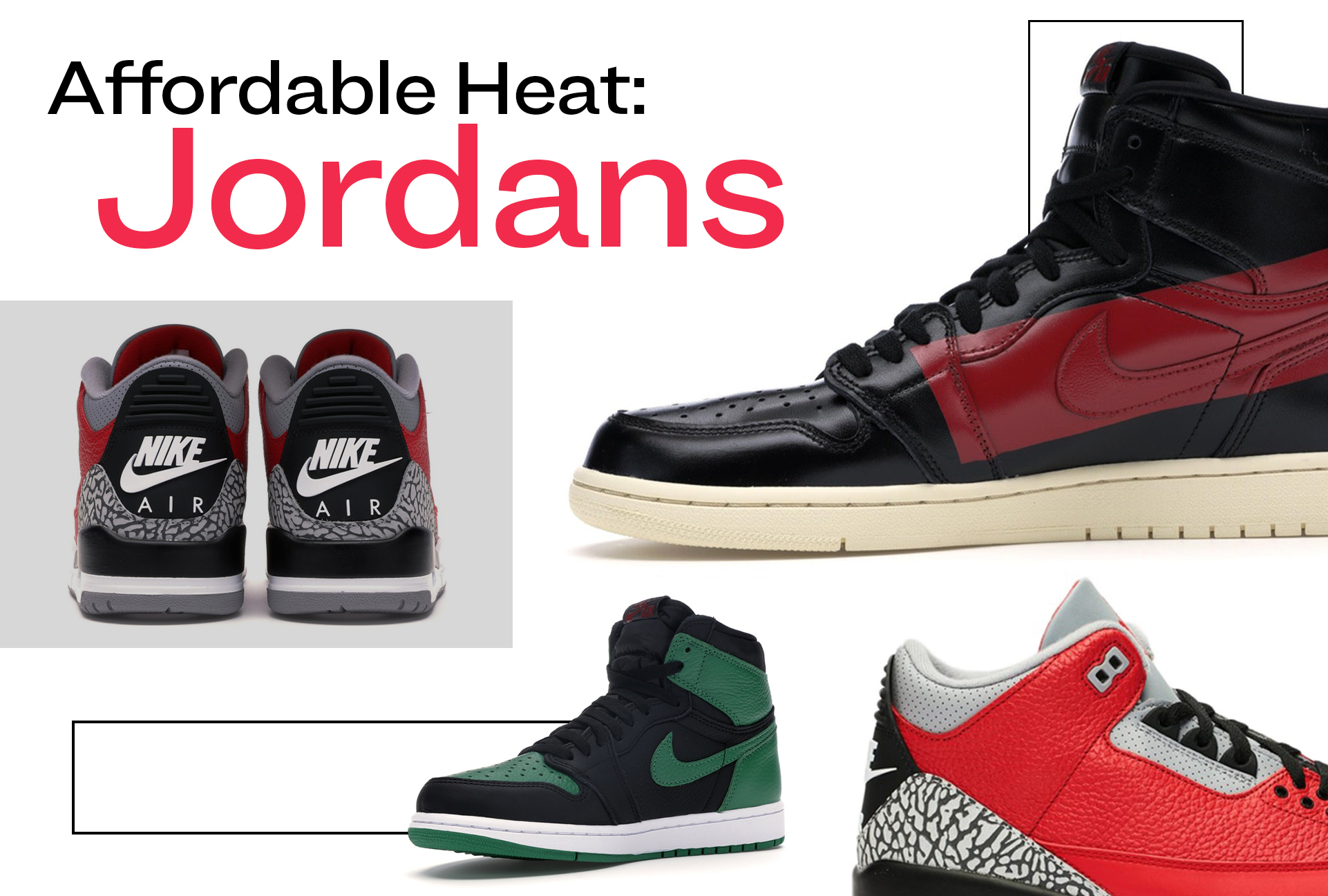 With all of the hyped Jordans that resell at tremendous premiums once they hit the secondary market, we tend to forget about the many affordable and under-the-radar drops. If we’ve learned anything from releases like the Shattered Backboard 1 it’s that today’s sleeper could very much be tomorrow’s prized possession. From familiar colorways to classic silhouettes, there are great Jordans at every price point and we want to shed light on some of the best. We searched through our catalog and highlighted Jordans that won’t break the bank while still delivering the firepower you need to flex.

Here are the best affordable Jordans that deserve a spotlight:

Let’s start with a group of Jordans that are legitimately inexpensive, at least compared to the Jordans that typically flip on StockX. Here are four great colorways that are going for at or below retail price: 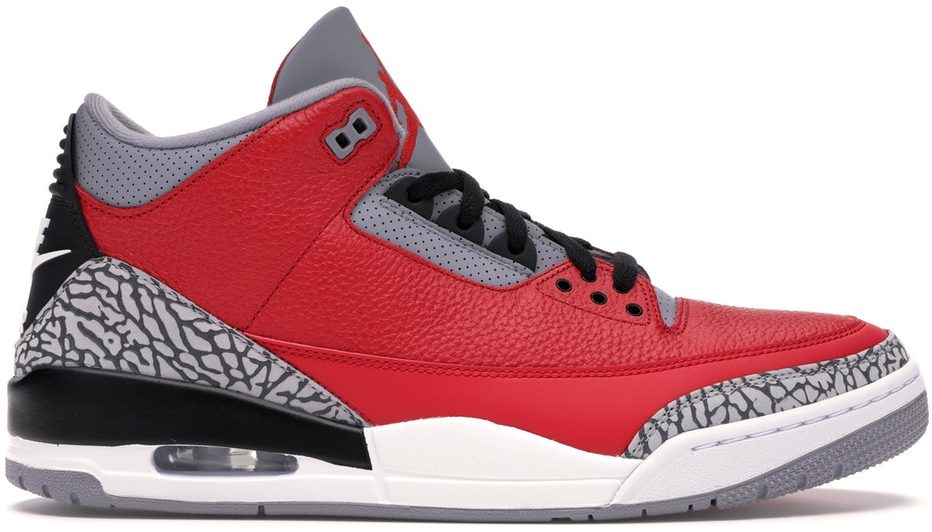 Jordan Brand brought out a lot of heat this past All-Star Weekend in Chicago. While big-ticket items like the Jordan 5 Retro Off-White hit StockX at sky-high premiums, one release managed to fly under the radar: the Jordan 3 SE Unite Fire Red. This AJ 3 has everything it takes to become an all-time great colorway. It features the iconic elephant print, a Chicago Bulls inspired color palette, and classic Nike Air branding on its heel tab. For all that you are getting at such an extremely low price, it’s almost like these are cheap Jordans. 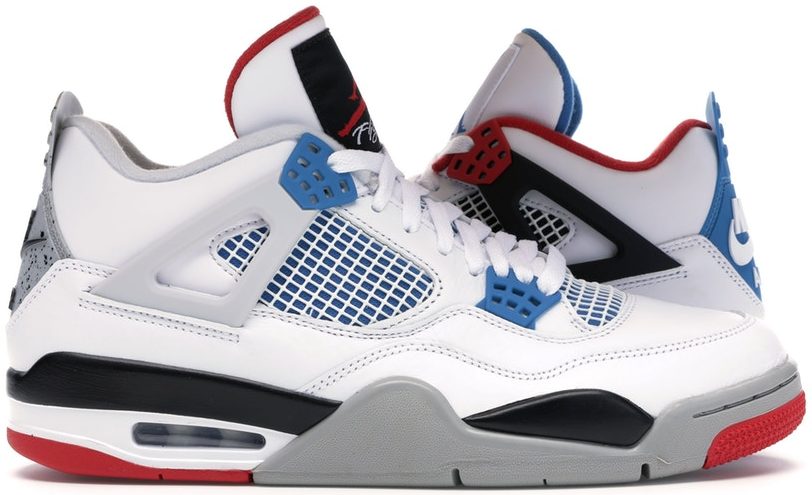 Jordan 4 Retro What The

From Nike Dunks to KD 4s, Nike has implemented its trademark “What The?” concept on many silhouettes. Oddly enough, it wasn’t until the release of the Jordan 4 Retro What The that a Jordan silhouette received the treatment.

This Jordan 4 is a montage of greatness. It highlights three of the most notable Jordan 4 colorways (Fire Red, Cement, Military Blue) on one silhouette. Compared to rising average resale prices of Cement and Fire Red releases, some might even say that the What The 4s are cheap Jordans. In the last twelve months, Fire Red and White Cement 4s have averaged resale premiums of 115% combined. By contrast, the Jordan 4 Retro What The resells for just 1% over retail. With the average Jordan acquiring value with age, this is an incredible opportunity to add a future grail to your rotation for just above retail. 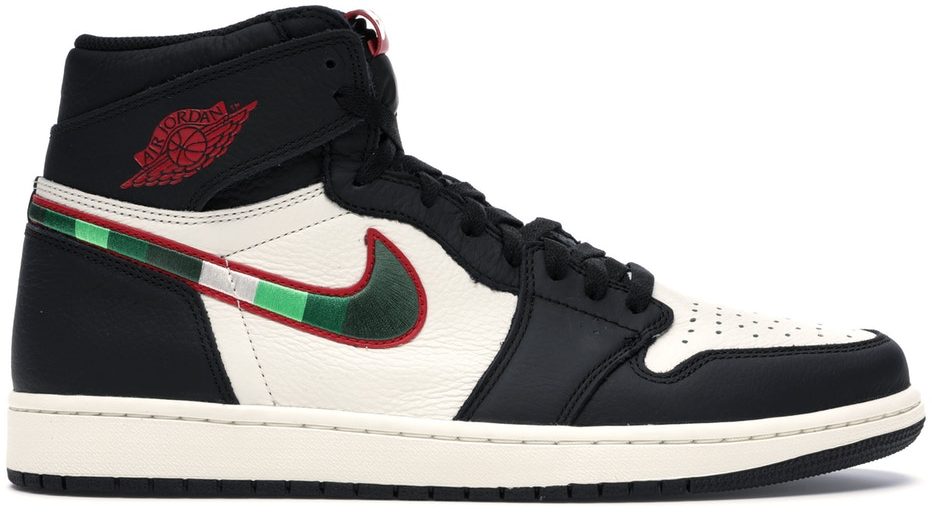 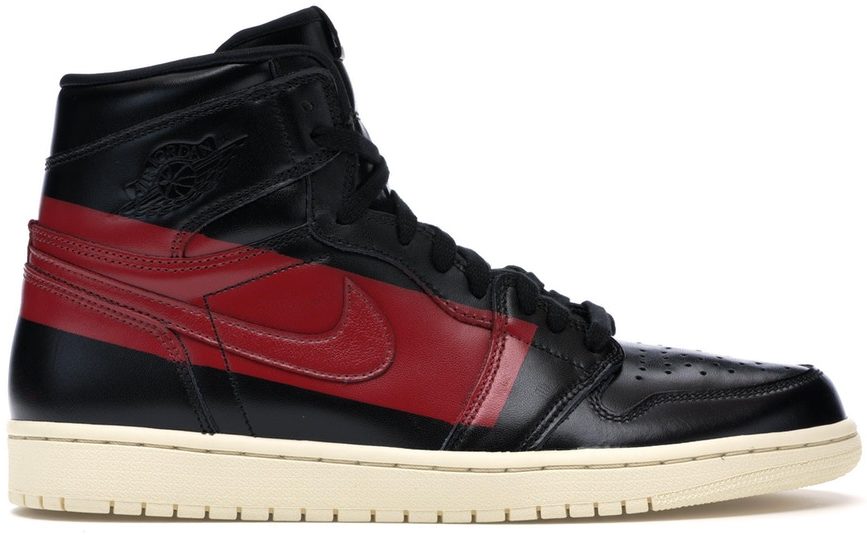 Don’t be fooled by the price. The Jordan 1 Retro High OG Defiant Couture delivers every ounce of elegance a luxury sneaker carries all while retaining the competitive price of a genuinely cheap Jordan. This Jordan 1 is luxury-inspired from its design up. Its racing stripe featured on the upper pays homage to the craftsmanship that goes into making Italian sports cars. Premium leather and a rich muslin-toned sole drive the point home that this Jordan is a blessing in disguise. The Jordan 1 Defiant Couture offers the best of both worlds, blending style with affordability. Jordan 4 Retro What The In addition to the merely inexpensive, we also wanted to spotlight a group of once-pricey Jordans that are currently way more affordable. There are Jordans available on StockX right now that once flipped for several times retail, but now can be purchased for a fraction of that cost. Here are a few of our favorites: 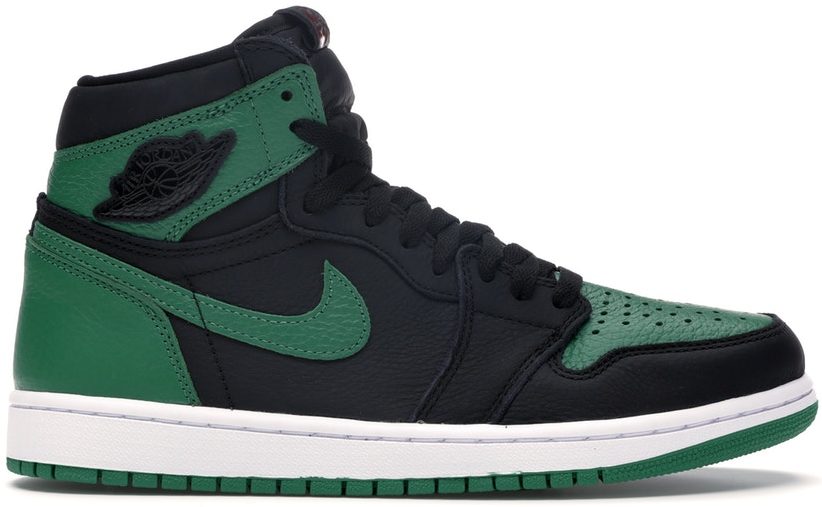 Although the Jordan 1 Retro High Pine Green Black is a fairly recent release, we feel it’s priced at an absolute steal when compared to it’s OG counterparts. This release follows an almost identical design format as classic Jordan 1s like the Bred, Royal, and Shadow colorways (all which average combined resale prices of $467). It features a black premium leather upper with Pine Green leather paneling throughout the design. Prior to its release, this Jordan was reselling on StockX at a market high of $400. Today, prices have been cut in half as if these have been mistaken as a cheap Jordan. This Jordan 1 is an incredible deal with the potential to appreciate in time as many Jordan 1s have shown. 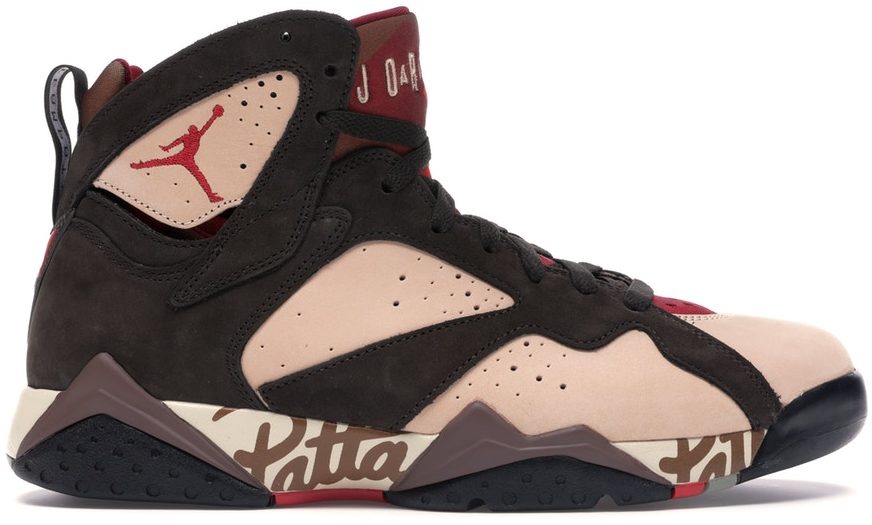 In a time where Nike Dunks have been attracting a lot of the hype, right now is the opportunity of a lifetime to cop Jordans at steal prices. Back in early May, individual pairs of the Jordan 7 Retro Patta Shimmer sold for as high as $1,200, and the average price was over $600. Fortunately for buyers, these prices have diminished following their release and are now more accessible than ever before, almost as if they are cheap Jordans. If you missed out on buying these Jordan 7 Patta Shimmers due to their past four-figure value, now is the chance to add these to the collection. 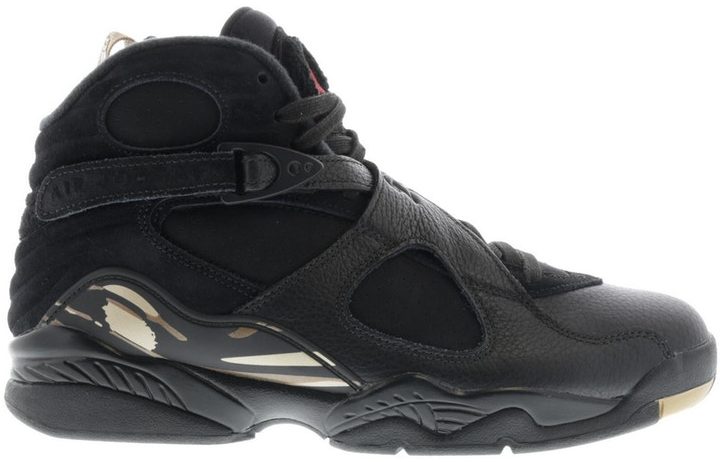 It’s almost a fact at this point that Travis Scott has dominated the sneaker game with the help of his Nike and Jordan Brand collaborations. But, let’s not forget the other megastar who has released multiple Jordan Retro gems as part of Team Jumpman long before La Flame: Drake.

Drake’s OVO has put their owl stamp most notably on the Jordan 8, 10, and 12 silhouettes in recent years. Compared to other releases in his collection of Retros, The Jordan 8 Retro OVO Black has become the most accessible release to date. Resale prices once soared as high as $850, but have returned closer to the ground at an average price of $235. If you were waiting to purchase these OVO 8s for a deal, now is the time. This future grail is disguised as a cheap Jordan and is prime for the taking. 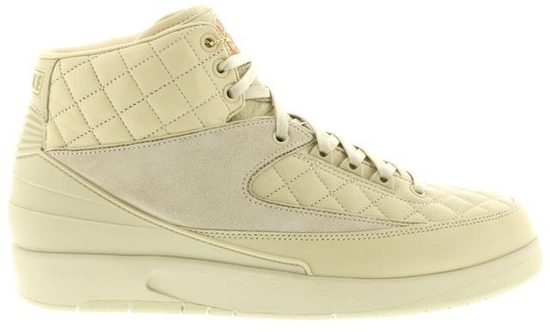 Just because a Jordan is limited does not mean it will always be out of reach. For example, The Jordan 2 Retro Just Don Beach reached massive resale prices of $1,700 immediately following their release. This spike in price was expected considering that this release was constructed out of a buttery soft premium tumbled leather and came packaged with a matching Just Don cap. Now, just four years after their release, the Jordan 2 Just Don Beach is trading below retail. It doesn’t get better than this if these Jordans have been on your wish list since their drop date in 2016.