The Chuck Taylor All Star is the OG of sneakers, and this sole icon has been just as important to popular music. Let's check Converse's impact on music's best and brightest through the years.

The Chuck Taylor All Star is the OG of sneakers, and this sole icon has been just as important to popular music. Let's check Converse's impact on music's best and brightest through the years. 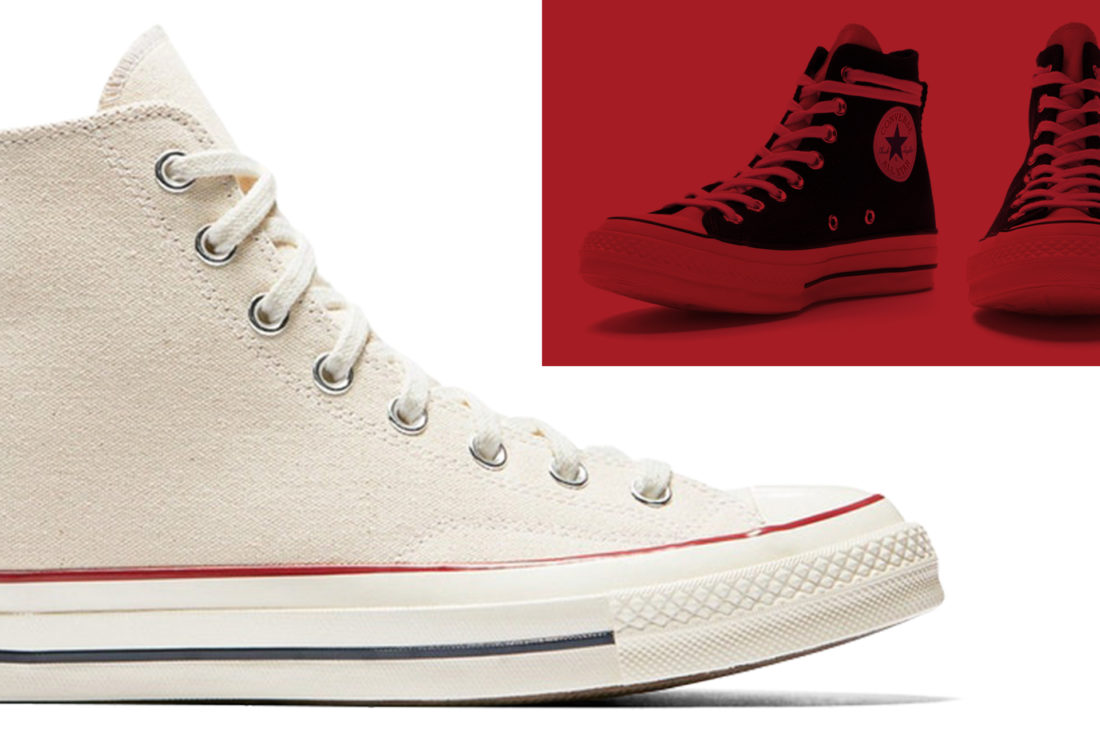 These days, it’s almost impossible to find a music artist without some type of shoe collab with any number of brands and silhouettes. This holds true for the Chuck Taylor All Star which has featured such disparate acts as Black Sabbath, A$AP Nast, The Doors, and Gorillaz, to name a few. But before releasing a sneaker collab became just another rote marketing tool, Converse and Chucks were authentic representations of artists’ personal and professional personas. The archetypal sneaker has been the shoe of choice for genre-defining artists from the origins of punk, the rise of gangsta rap, grunge royalty, and even stoner rap. When it comes to music history, the Chuck Taylor All Star has played an important part across eras and genres.

The Ramones: Chuck Taylors and the Kings of Punk Rock 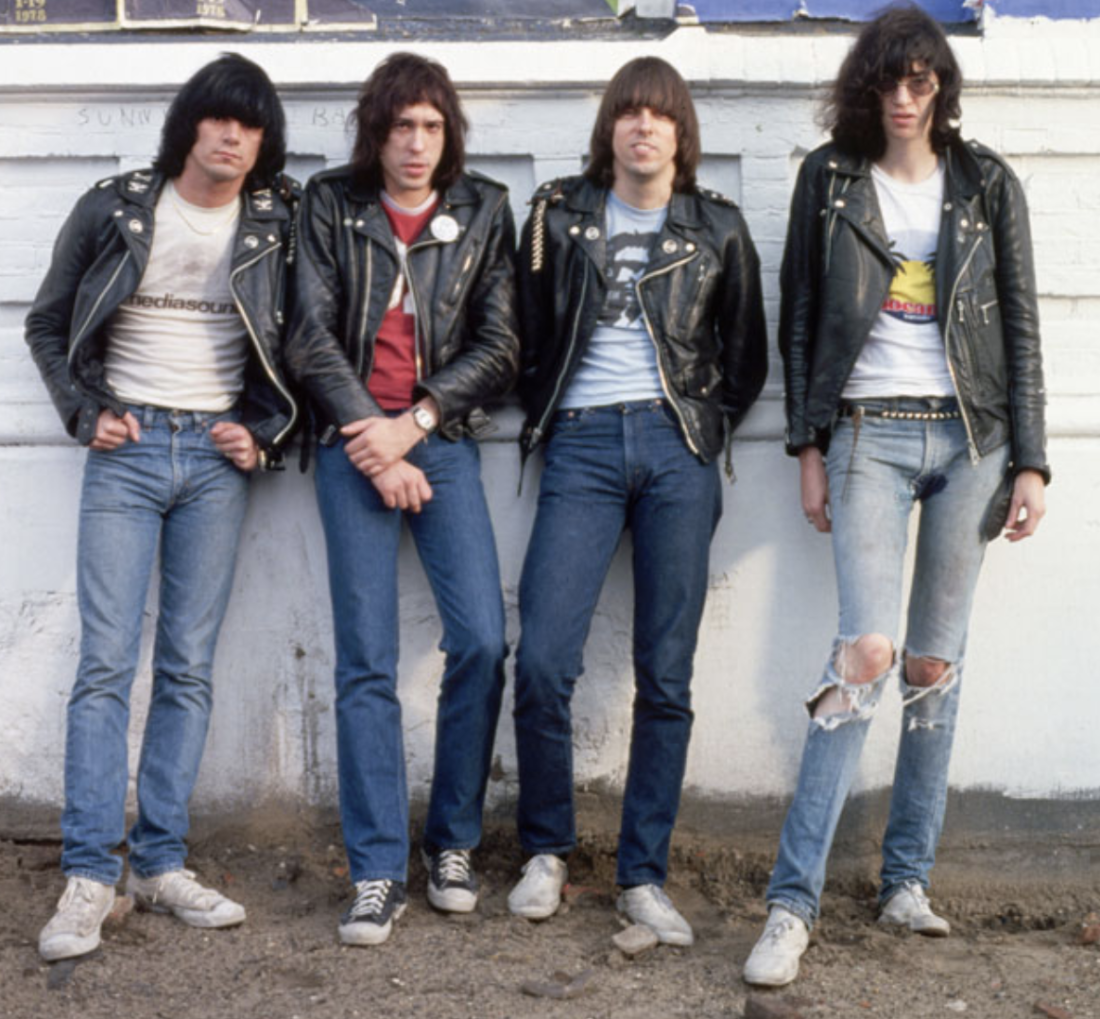 When it comes to punk rock, the Ramones remain one of the most influential bands of all time. And Chucks were a part of the band’s image and mystique from their humble Queens origins. Growing up in New York in the 1960s and 1970s, PF Flyers, Pro-Keds, and Chuck Taylors were the shoes of choice, from Brooklyn to the Bronx. Back then, it was still seen as anti-establishment and snotty to wear sneakers outside the gym: punk ethos. Although Joey Ramone hardly ever wore Chucks due to his bad arches, the band became synonymous with the shoe because Dee Dee and Marky Ramone were always rocking Chuck Taylors. The band became so synonymous with the shoe that when they met Joe Strummer and The Clash for the first time in England, they brought him a pair of Chuck Taylors, converting another godfather of punk to the church of Converse. 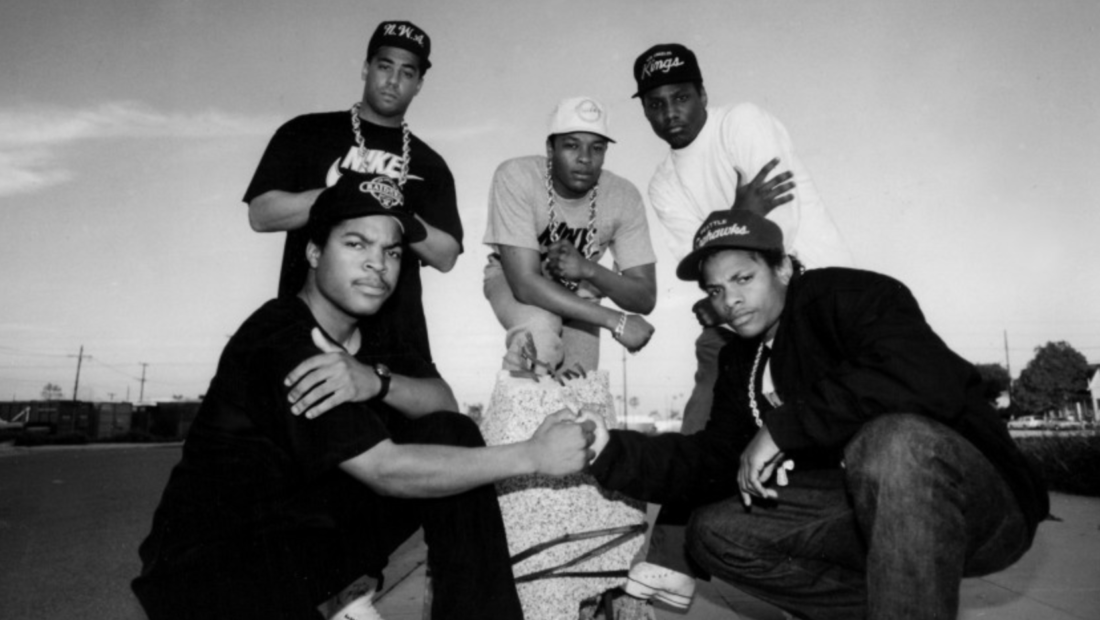 In the 1980s, as hip-hop started becoming a serious business with serious money involved, the style changed. The youthful and street-style clothing suited for park jams and rec centers were replaced by luxury and brand name fashion. Following the release of the Jordan 1 in 1985 and Run-DMC’s million-dollar deal with adidas in 1986, sneakers and sneaker culture became just as much an aspirational accessory as giant gold rope chains. Everywhere, that is, except on the West Coast. West Coast hip-hop culture typified by gangsta rap progenitors NWA continued to rock Chuck Taylor All Stars even as their East Coast peers moved on to Jordans and other higher-end sneakers. Ice Cube recalled, “Black Chuck Taylors worked with that raw, hard-core street feel that N.W.A wanted, even if some people were more into Jordans and shit.” That’s gangsta. 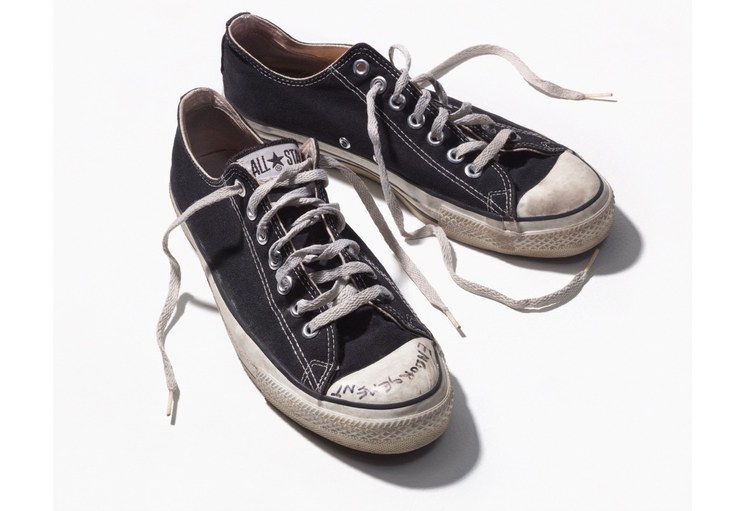 In counterpoint to the excess of the 1980s’ hair and metal bands, so-called grunge music emerged from Seattle bringing college rock and indie music into the mainstream under the banner of alternative music. There was no band bigger than Nirvana. There was no star brighter than Kurt Cobain. And Cobain’s shoe of choice was the Converse Chuck Taylor All Star. At one point, Cobain wrote “Endorsement” on the toe cap of his Chucks as a wink and a nod to his shoe of choice and corporate appropriation. Failing to see the irony, Converse released a 2008 Kurt Cobain collection featuring Chuck Taylor All Star, Jack Purcell, and One Star shoes. 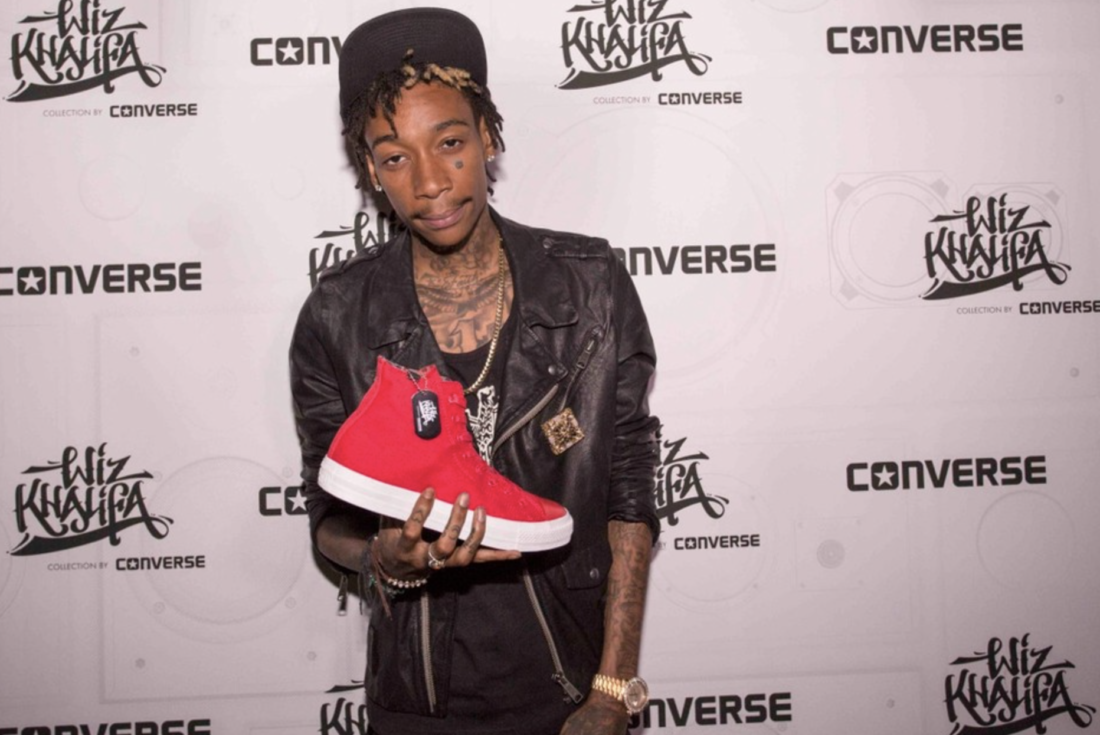 Wiz Khalifa holding one the All Stars from his collection (2013) // vibe.com

When it comes to stoner rap, there’s Snoop and everyone else. But Wiz Khalifa, with the cosign of Uncle Snoop, helped spread the smoked-out gospel of weed and establish stoner rap as a vital force in hip-hop. Way back in 2011, when Wiz Khalifa was young, wild, and free, he let the world know that he always repped Converse and the Chuck Tayor All Star. “Taylor Gang” first appeared on Khalifa’s mixtape Cabin Fever and was also included as a bonus track on his 2011 debut album, Rolling Papers. For Khalifa, the love of the Chuck Taylor goes even deeper than the music industry. In high school, Khalifa and his friends were known as the Taylor Gang, which served as the name of his first group, and by 2008 would become the name of his record label, Taylor Gang Entertainment. Taylor Gang has served as the home for a host of musicians, including Juicy J, Project Pat, Ty Dolla $ign, Berner, and Jimmy Wopo. And in 2013, Khalifa’s love for Converse and Chuck Taylors resulted in his very own collection of Chuck Taylor All Stars.