One of the most recognizable Bape hoodies produced to date, this Bape City Camo Half Shark Full Zip Hoodie was released on February 18th, 2017. The hoodie was priced at $485, a bit higher than most shark hoodies. This hoodie includes glow in the dark features on the camo pattern that is on the right side. The hoodie is split down middle and separated by the full length zipper. The left side of the hoodie is all black, while the right is a black and white camo, which glows in the dark. As with all shark hoodies, the shark embroidery is displayed prominently on both side of the hood with the World Gone Mad embroidery on the right back side of the hood. Great for the cool days of fall, this hoodie is sure to turn heads regardless of the weather. We are the Stock Market of Things – buy or sell this hoodie on our platform featuring stock market mechanics. 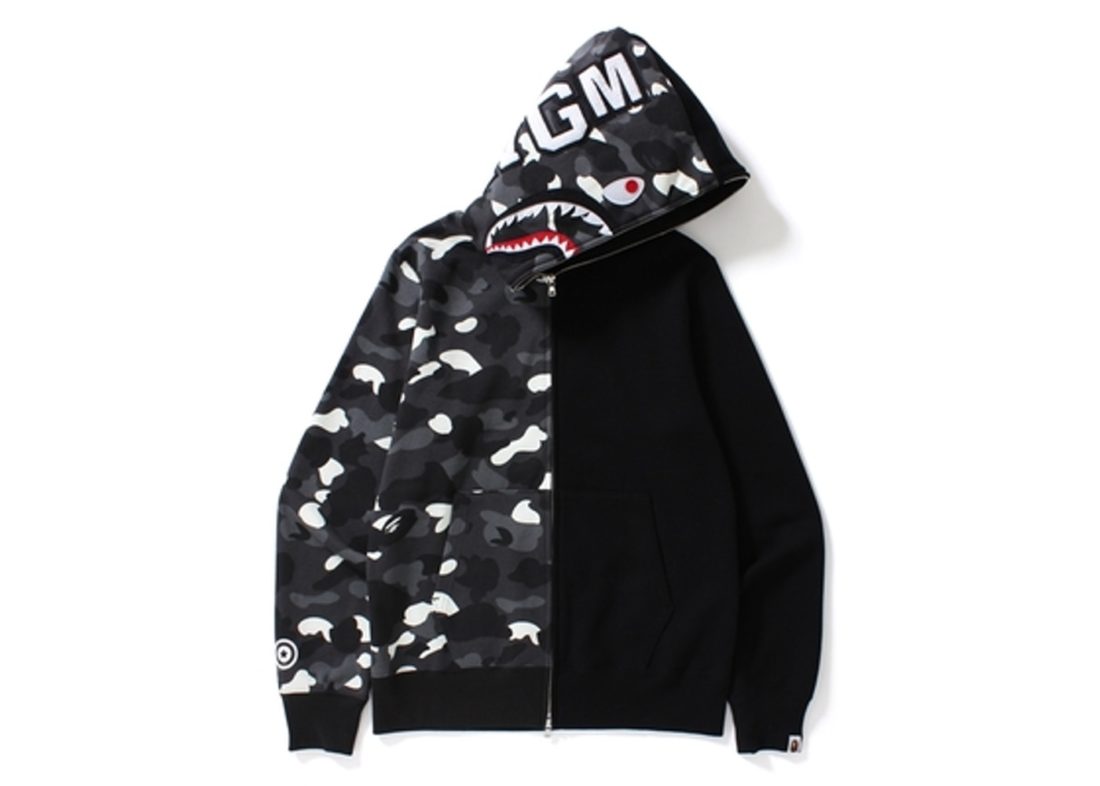