Go Skateboarding Day began in 2004, and has continued growing into a global phenomenon ever since. With meetups in hundreds of cities all over the world, skateboarding has gone from a local subculture in Southern California to a global sport with its own unique culture and lifestyle. Last week, StockX launched our much-requested Supreme Skateboard catalog, to the delight of many. With week one in the books, we decided to take a look at the top 5 most popular decks in the first week of trading. 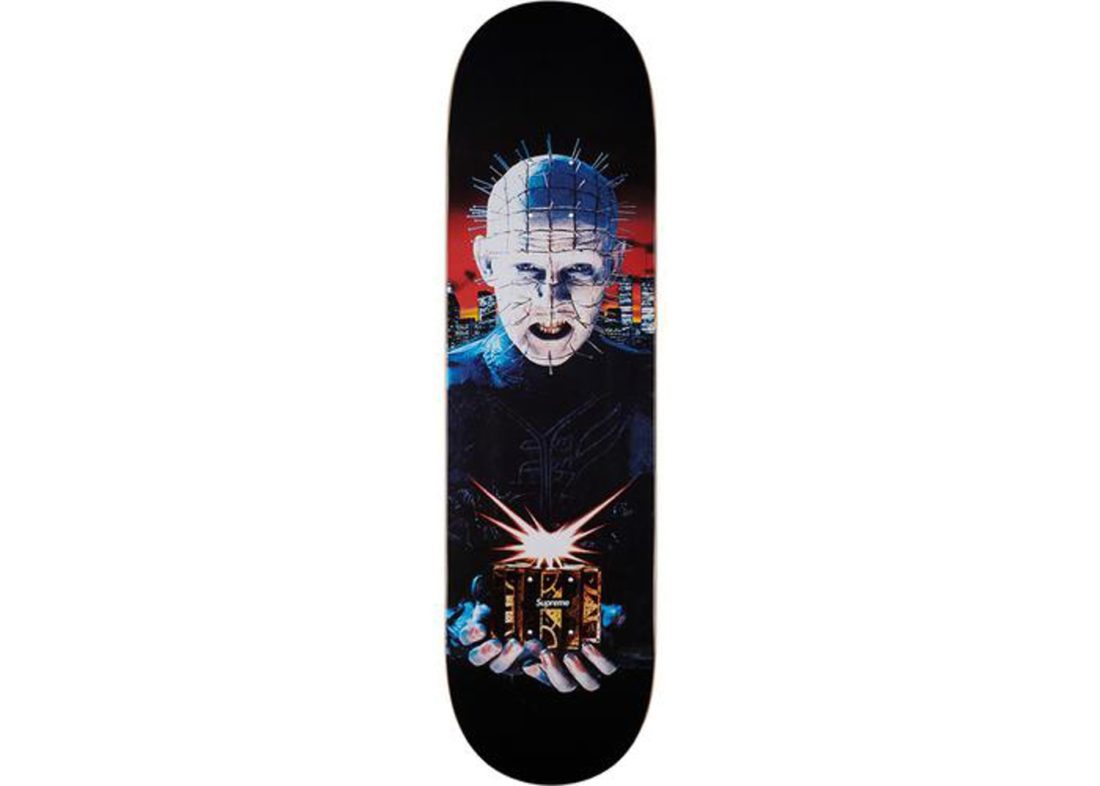 One of the great horror films of the 1980s, Supreme’s Hellraiser Skateboard checks in at number 5. It seems like Pinhead is just too cool of a character for buyers to turn down, as these skateboards have been selling like hotcakes. Released in a capsule collection back in April, this deck is one of the most popular items from a collection that included t-shirts, hoodies, jackets, and more. 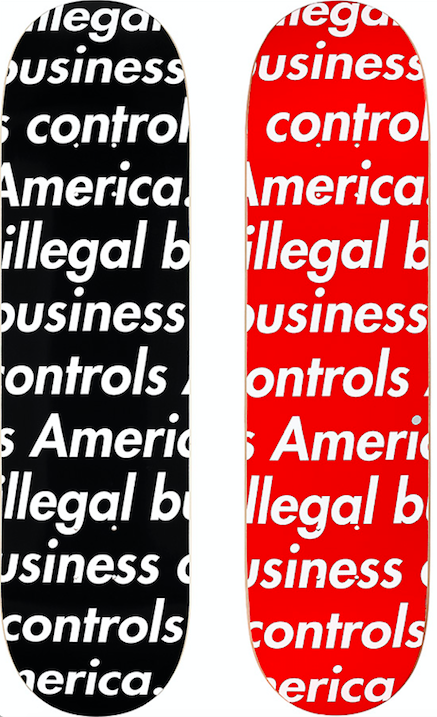 It comes as no surprise that the Supreme Illegal Business Skateboards snatch up two of the top five spots. This slogan is a Supreme classic, going back to the Illegal Business Tee in 2003. It appeared again in 2007 on an all-over print zip-up hoodie, then Supreme brought it back on a pullover hoodie and skateboards for Spring/Summer 2018. If you’re looking for the complete set, make sure to grab the blue and white versions as well. 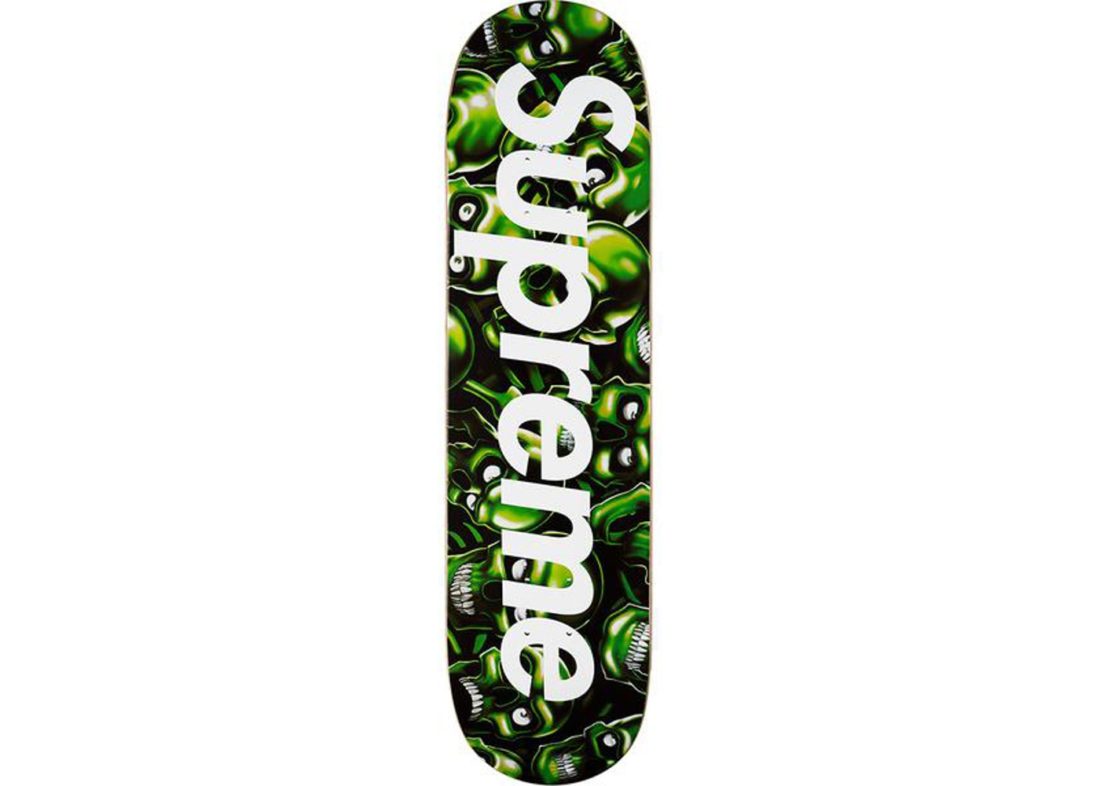 Week one of Supreme’s Spring/Summer 2018 collection was a massive drop, that included everything from graphic tees to accessories to skateboards. One of the marquee items was this Skull Pile Skateboard, featuring a print made famous by Juicy J in Three 6 Mafia’s 2005 music video for “Stay Fly”. Supreme tapped Liquid Blue (the company that owns the print) to use it for this skateboard, which is printed on both sides and is one of the few recent releases to include Supreme’s recognizable box logo on the bottom. 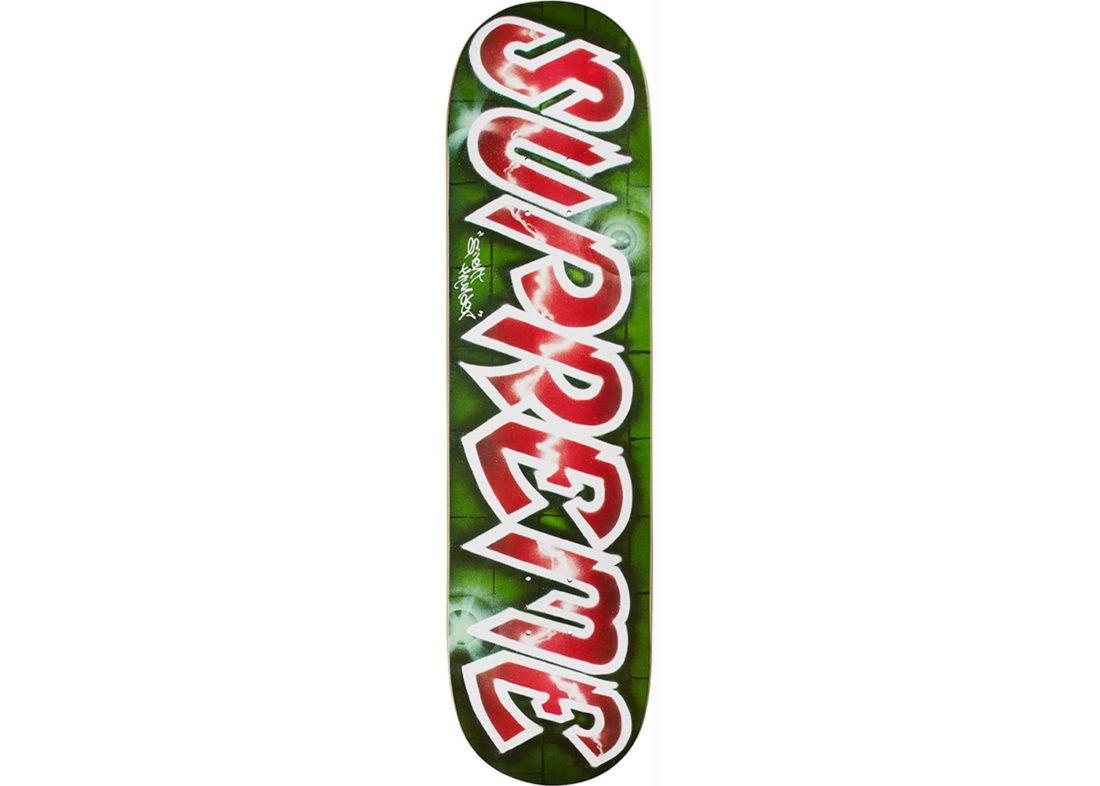 Puerto Rican artist and actor Lee Quinones lent his talents to Supreme for a full collection of items that included hoodies, jackets, shorts, and this Lee Logo Skateboard. This skate deck showcases an example of his famous subway-style art, with the word Supreme printed in red font on a green background. Rarely do collectors have a chance to pick up a piece like this for such a great price, likely the reason why this skateboard comes in above all the others. If you haven’t yet begun collecting Supreme artist collaborations, this skateboard (along with the blue version) is a great way to get started.