Take a look at the very first steel sports watch from A. Lange & Sohne

Take a look at the very first steel sports watch from A. Lange & Sohne

The long rumored steel sport watch from A. Lange & Sohne has finally availed itself in what the German brand has dubbed the Odysseus. This all-new watch represents a number of firsts for Lange while at the same time establishing a new branch of the brand’s relatively young lineage. Building and designing something entirely new is fraught with risk, and Lange seems ready and willing to tackle that challenge with the Odysseus, knowing full well it may rustle some feathers within the enthusiast community.

The Odysseus represents the first serial production steel watch to be produced by A. Lange & Sohne since their re-emergence in 1994. It’s also the first to be offered on an integrated steel bracelet. And the first sport watch in the brand’s history. And the first to feature big-date and big-day displays. Oh, and it also holds the newly developed Calibre L155.1 DATOMATIC within. That’s a lot of ‘new’ both under the hood and outwardly visible, yet somehow, it’s a watch that looks immediately comfortable wearing the A. Lange & Sohne signature at 12 o’clock. 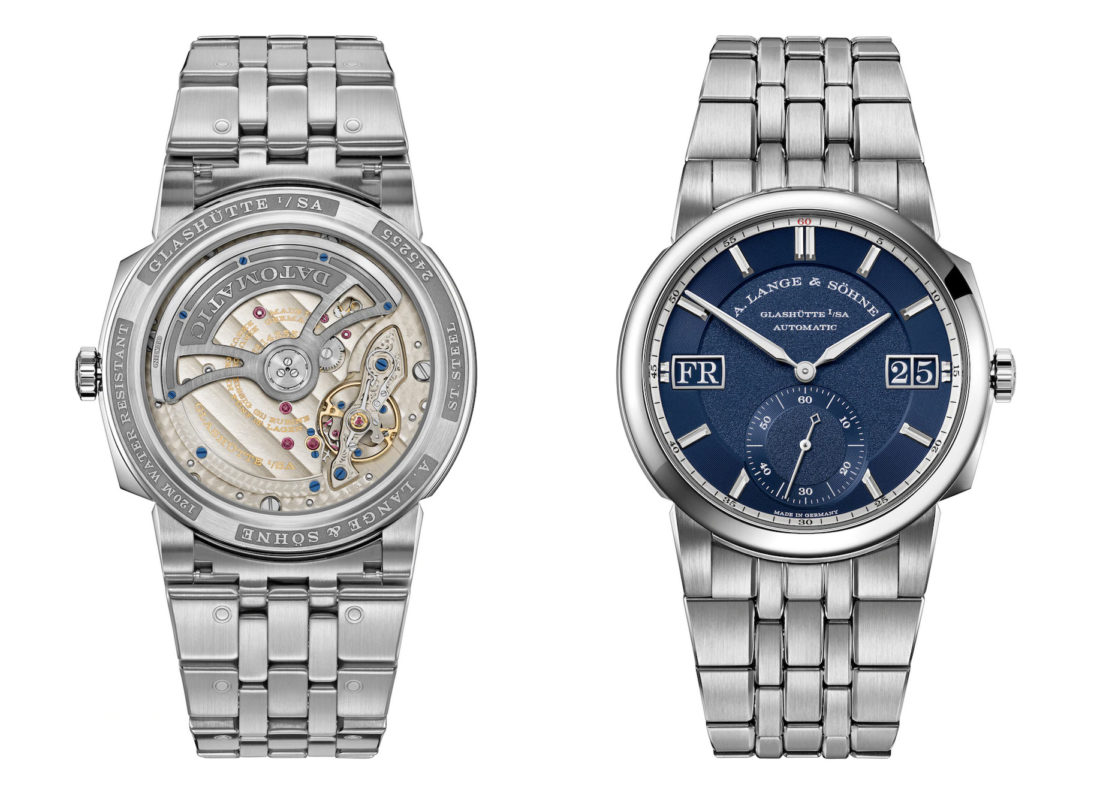 Starting with the basics, the Odysseus measures 40.5mm in diameter, and 11mm thick. It features a small seconds subdial at 6 o’clock, and oversized day and date windows at 9 and 3 o’clock respectively. The dial is divided into 2 areas: a lower central plane with a burnished texture, and an outer ring which holds the applied hour markers, which features grooves along its surface. The day and date apertures bisect the dial horizontally, displaying the first two letters of the day at the left, and the date via split window at the right. 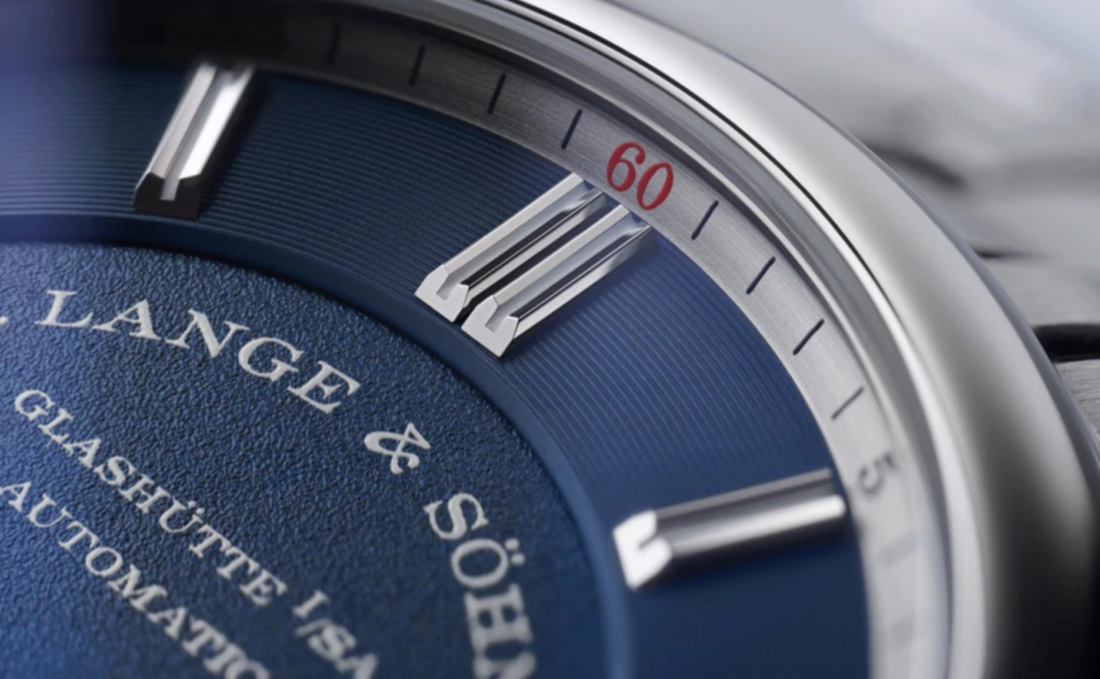 The case is straightforward at a glance, with a clear attention to detail and a mixture of polished and brushed surfaces between the bezel and the lugs. A closer look reveals squared off protrusions above and below the crown, which could be mistaken for the shape of the case, but are actually integrated pushers to adjust the day and date.

The bracelet is a 5 link design with each being brushed on their surface and polished at their edges. The bracelet is integrated in design, with the width altering at the lug edge to create an unbroken line between case and bracelet. There does appear to traditional lugs ready to accept another manner of strap, should Lange decide to go that route, and that move would have a big impact on the visual identity of the watch as a whole. 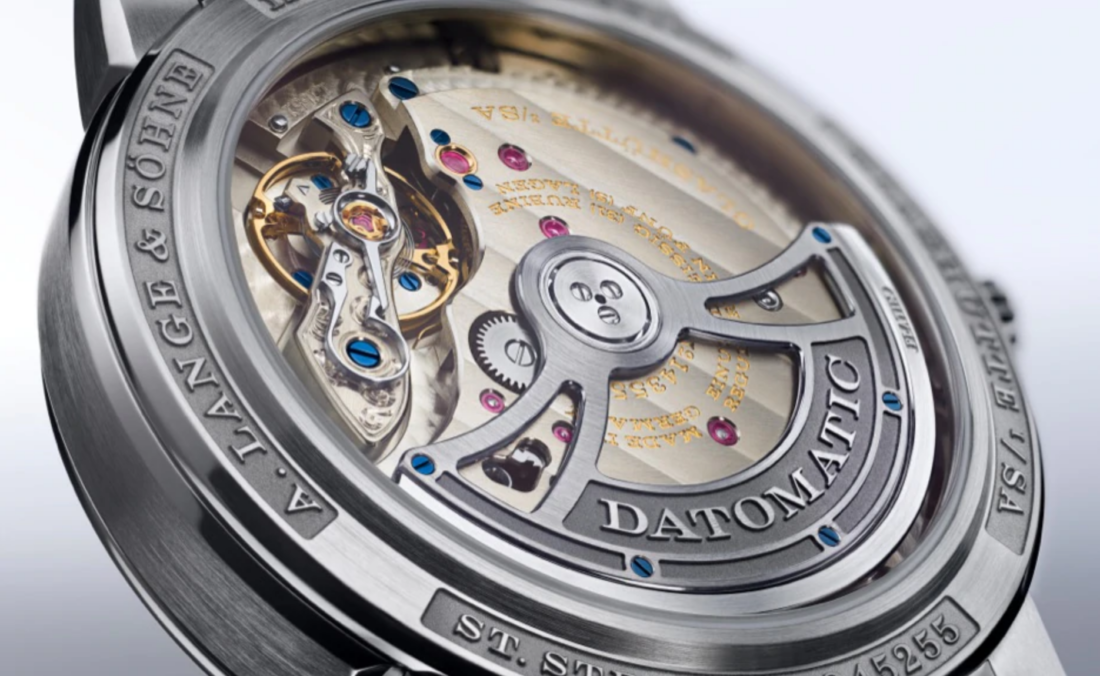 Inside beats an entirely new, in-house built Calibre L155.1 DATOMATIC. The movement is self-winding with 50 hours of reserve, and is comprised of 312 parts. It is visible through the exhibition caseback, and being a Lange, that’s a very good thing. The level of finishing is exactly what you’ve come to expect from the brand, meeting their lofty standards of execution and artistry.

The Odysseus is priced at $28,800. That’s about $2k shy of the Patek Philippe Nautilus (ref. 5711) and nearly $10k north of the Audemars Piguet Royal Oak (ref. 15202). Of course, you won’t be finding either of those watches available anywhere near their retail prices. Whether the Lange will experience the same issue remains to be seen, but considering you get more complication from the Odysseus than either the Patek or the AP, we’d say it’s priced competitively.