What began as a small brand in the late 1980s has evolved into one of the most celebrated mainstays of contemporary fashion. Here's our buyer's guide to Chrome Hearts.

What began as a small brand in the late 1980s has evolved into one of the most celebrated mainstays of contemporary fashion. Here's our buyer's guide to Chrome Hearts.

This article is part 15 of 22 in the series: StockX Buyer's Guides

The rise of Chrome Hearts in streetwear cannot be understood without tracing the brand’s roots in artisan, craftsmanship-centered designs with inspirations in punk, rock, grunge, and a focus in designer jewelry. What began as a small brand with a niche following in the late 1980s and 90s has evolved into one of the most celebrated mainstays of contemporary fashion.

Today, Chrome Hearts may look a little different than what it did decades ago, thanks in part to the influence of Creative Director Matt Digiacomo, yet the brand continues to grow in popularity despite a slight pivot in identity.

History: What Is Chrome Hearts?

Founded by Richard Stark and John Baumann in 1983 inside a garage in Los Angeles, Chrome Hearts originally didn’t even have a brand name. The duo was laser-focused on creating quality leather goods; Stark and Baumann were both bikers and wanted to make products that reflected their passions and rootedness in biker culture. Leonard Kamhout later joined the team as an artisan jeweler, a decision that would help mold the identity of the brand for decades to come.

The first big break for the small team was to serve as clothing designers for the movie Chopper Chicks in Zombietown, a somewhat obscure, comedy-horror film featuring Billy Bob Thornton that released in 1989. The movie’s working title was Chrome Hearts, which the team ultimately took as the name for their brand. The project also helped propel Chrome Hearts into the celebrity world. While working on the film, they won the admiration of punk legend Steve Jones, a member of the Sex Pistols, who happened to be dating one of the stars. Jones was taken with the budding brand’s designs and began wearing pieces during concerts. This was a pivotal moment for Chrome Hearts, exploding its reach and solidifying the punk rock/grunge aesthetic. 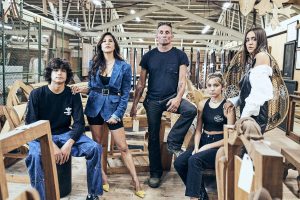 The original three members of Chrome Hearts had a falling out in 1994 and Stark ended up buying out the shares of Baumann and Kamhout. Richard Stark then owned the entirety of the company, and the Stark family would continue to run the brand to this day. The Stark name has become synonymous with Chrome Hearts — two sides of the same coin.

Stark’s wife, Laurie Lynn Stark, became instrumental in propelling the brand forward. As a designer herself, Laurie Lynn wore multiple hats in the early days of Chrome Hearts, including design work, marketing, and photography. Her work, and later the work of her children, cannot be understated in the history of the brand’s evolution and success.

While the darker and grungier silhouettes are still part of the catalog, many of the more popular items selling today represent a new direction. Looking at a catalog of Chrome Hearts products online could be confusing for older fans of the brand. Bright colors, leather crosses, hats, shirts, and other clothing items have become extremely popular for the brand, a departure from the aesthetic of decades past. That said, motifs like the Chrome Hearts cross, which has been utilized by the brand since the 90s, are still present in designs today.

Thanks to the vision of the initial founders, Chrome Hearts jewelry has become synonymous with the brand through the decades. The brand’s jewelry is instantly recognizable as it typically is created using sterling silver, and customizable crosses and daggers in the designs.

In the 90s, celebrities like Cher and Matt LeBlanc helped propel Chrome Hearts in the mainstream with outfits that have been circulating social media lately. At the 1992 CFDA Awards, Cher sported Chrome Hearts leather flare plants with cross accents at the knees, and jewelry throughout the entire outfit. 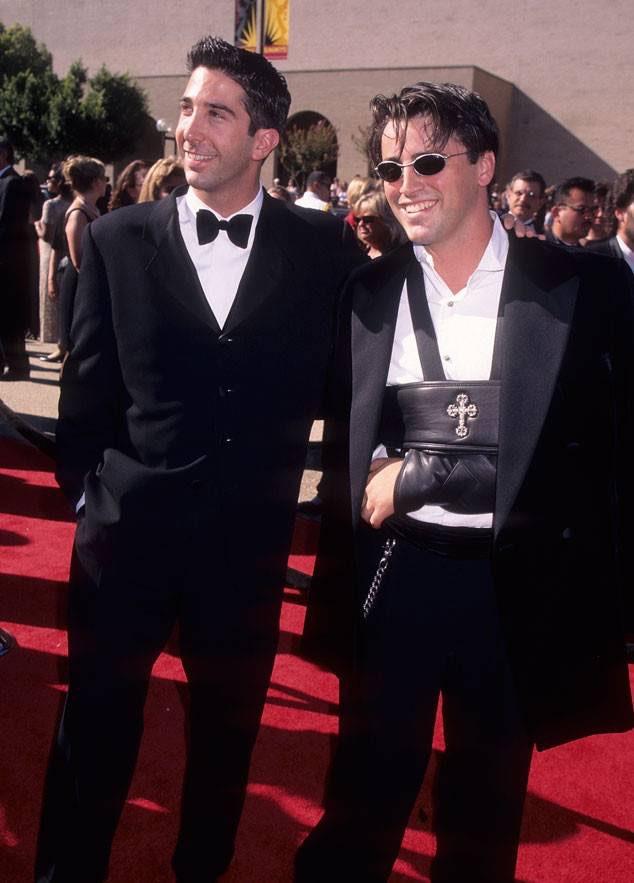 At the 1996 Emmy Awards, actor Matt LeBlanc wore the now-famous Chrome Hearts leather sling that secured his broken arm. The sling had a custom silver/gold cross in the middle.

More recently, Post Palone wore a custom all-leather Chrome Hearts outfit during his 2021 Grammys performance, an outfit that represented a return to form for the brand.

This pivot into streetwear has found mainstream success around the world, and recent collaborations with the likes of Drake have pushed Chrome Hearts further into the mainstream.

Under Creative Director Matt Digiacomo, the brand has blended colorful and vibrant designs with the rock star aesthetics of the past. Digiacomo reportedly started working at Chrome Hearts in high school creating custom pieces. The LA based artist would collaborate with Chrome Hearts, blending eccentric, cartoon-like motifs on Chrome Hearts branded shirts, hoodies, and more.  The Chrome Hearts cross is an instantly recognizable motif, and the Chrome Hearts denim outfitted with leather crosses on pairs of vintage Levis has become one of the brand’s most exclusive and popular pieces.

All that said, Chrome Hearts still hasn’t abandoned its roots in jewelry. Chrome Hearts artisan silver jewelry continues to adorn some of the brand’s most popular offerings. Items like the Chrome Hearts dagger belt, Chrome Hearts Converse, and sunglasses are all outfitted with custom silver pieces, and Chrome Hearts rings – with their exclusivity, craftsmanship, and luxury – remain one of the most sought-after items for fans. 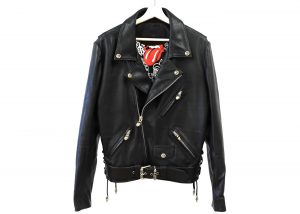 Why Is Chrome Hearts so Expensive?

For years, the only place to get Chrome Hearts was in the company’s own store, through a proxy, or on the aftermarket. The exclusivity of Chrome Hearts earned it a reputation as one of the most sought after American luxury brands. Despite a growing number of aftermarket sites carrying Chrome Hearts, the brand has managed to keep its esoteric status in the fashion ecosystem.

Even if it were easy finding a Chrome Hearts item on the aftermarket, the price inevitably reflects the exclusively. A combination of limited drops, exclusive collaborations, and genuine intrigue for the brand’s rise in fashion has led to resale prices that are high above retail.

If a traditional streetwear look is your cup of tea, newer Chrome Hearts pieces will fit perfectly into your rotation. The Chrome Hearts Las Vegas Exclusive T-Shirt in black is a subtle and comfortable option. To complete the outfit, try pairing it with some Fear of God Essentials light wash denim and the Jordan 1 Retro High 85 Neutral Grey. This fit is comfortable, yet well put together for a streetwear look. Throw some silver jewelry on your fingers for an elevated touch, and you’ll be ready to tackle this fit in the fall, spring, or summer.

For a more sophisticated look, an all-black fit will compliment Chrome Hearts pieces well. At the top, sport a Chrome Hearts Hollywood Trucker Hat with a Kith Nylon Kimono Blazer. On the bottom, a pair of Palace Cargo Trousers and Dr. Martens Penton Loafer Stussy Bordeaux wrap up the outfit.

Chrome Hearts’ rich history and ever-evolving brand have captivated the fashion world for decades. While their newer streetwear approach has been widely accepted in the mainstream, the brand still pays respect to Stark’s original vision. While the brand’s clothing has propelled the brand’s rise over the past few years, their roots in artisan jewelry, furniture, and leather are still evident today.