BAPE and adidas are dropping their BAPE x adidas Adicolor collection on July 28. This capsule is based on adidas’ adicolor line and features classic adicolor tracksuits and tees in different shades of BAPE’s iconic camo pattern. Whether you rock the red, black, blue, or the traditional BAPE camo print, all of the camo collab pieces will make you stand out and break necks.

Of course, this is not the first time that the three stripes and the Apehead have worked together. BAPE and adidas have a deep collaborative relationship. The origins of these brands working together are the stuff of hypebeast legend. Shortly after adidas Originals was founded in 2001, NIGO met adidas brand consultant Gary Aspden and talked collaboration. They then hooked up with Japanese designer Kazuki Kuraishi and developed the “Super Ape Star” combining BAPE insignia and motifs with the adidas Superstar silhouette. Ever since it’s been fifteen years of collab heat and counting.

The Respect is Mutual

Quickly following this first release, BAPE x adidas released the mid “Super Ape Skate” with another four colorways. The first two colorways, an olive/white and a black/grey, features the Superstar silhouette with “Super Skate Ape” printed above the medial stripes. Additionally, a snakeskin “Super Ape Skate” release was limited to 500 pairs with the production number printed on the heel. 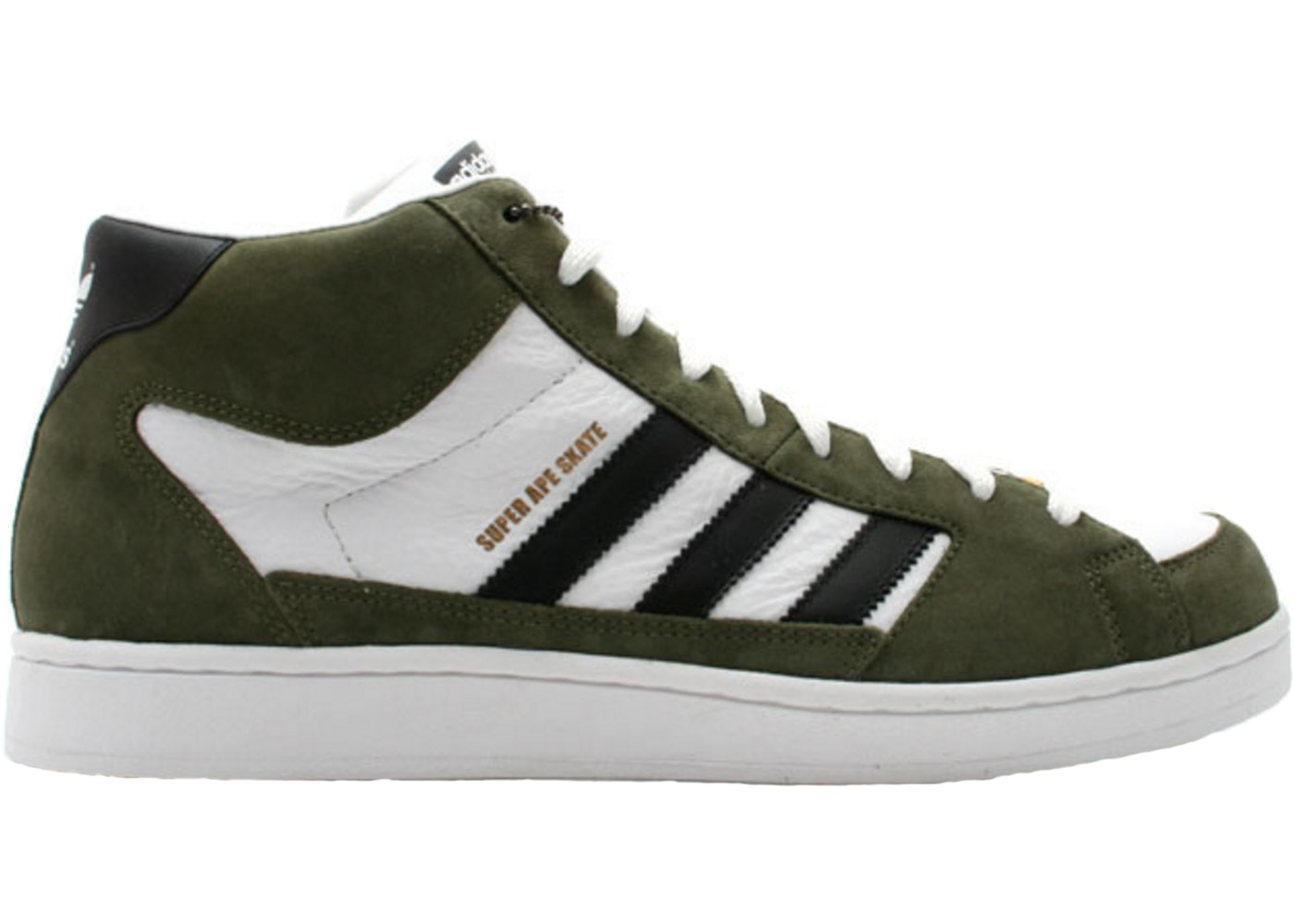 As if this wasn’t enough, an even more limited snakeskin edition was released, known as “Staff Only.” This super rare iteration featured a vibrant, iridescent snakeskin on the upper, blacked out lettering, and a very limited run of 100 pairs. The “Staff Only” pairs remain one of the most sought-after grails of the BAPE x adidas partnership. 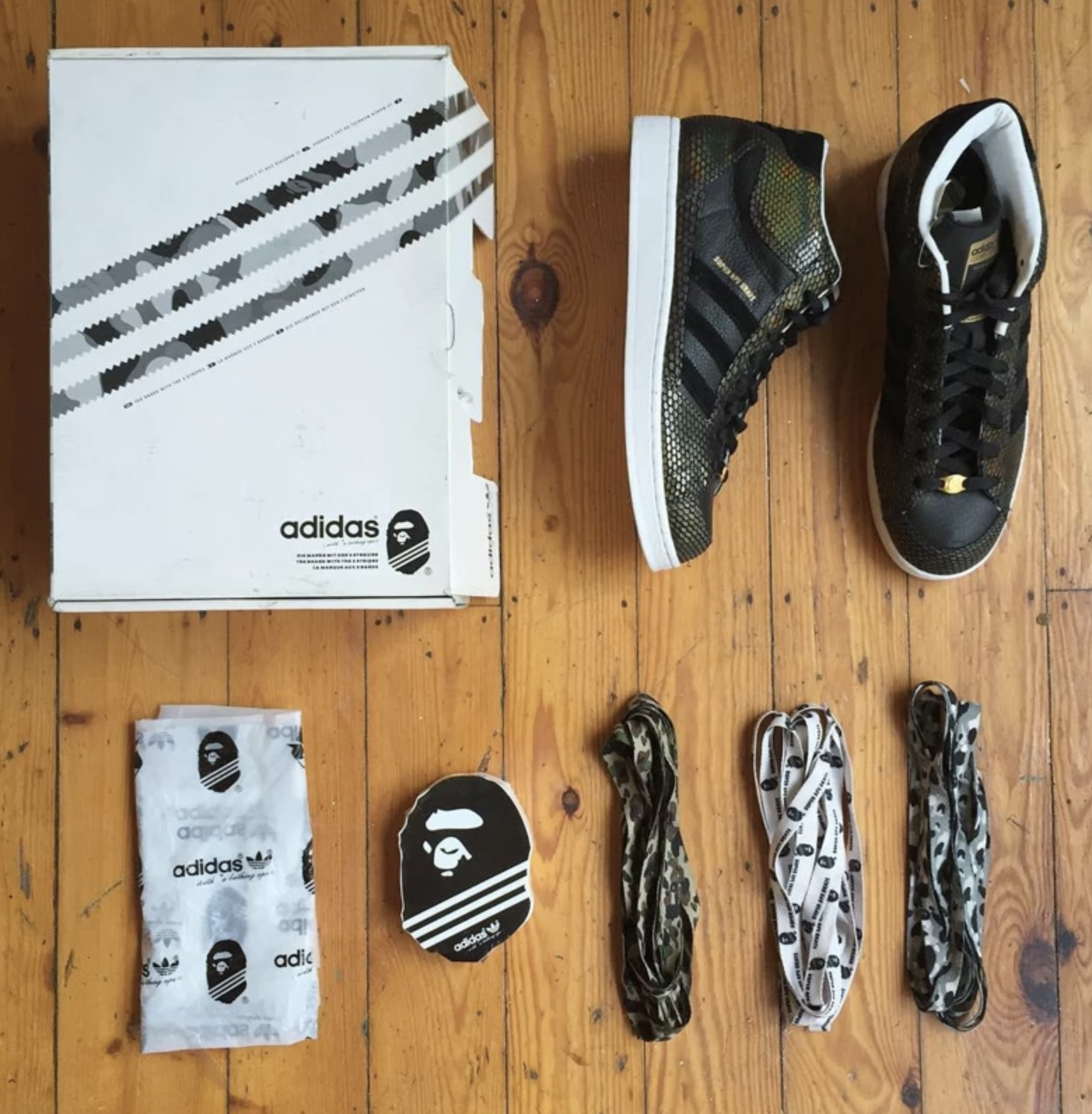 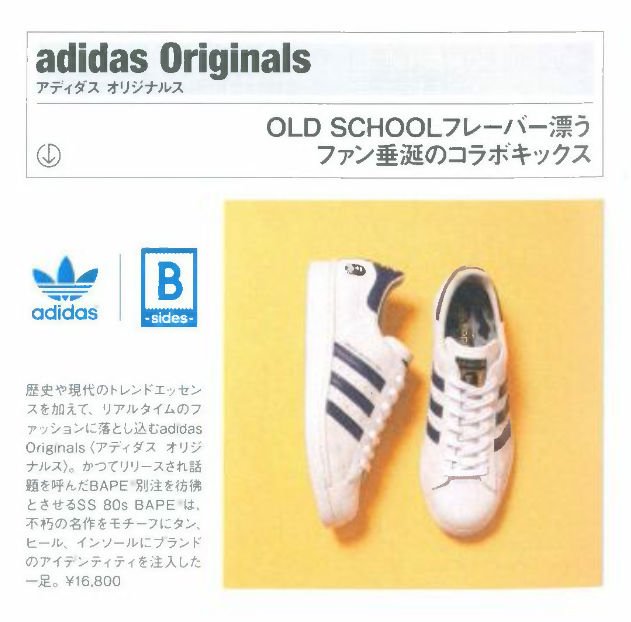 The “B-Sides” featured in the Autumn 2011 BAPE eMook 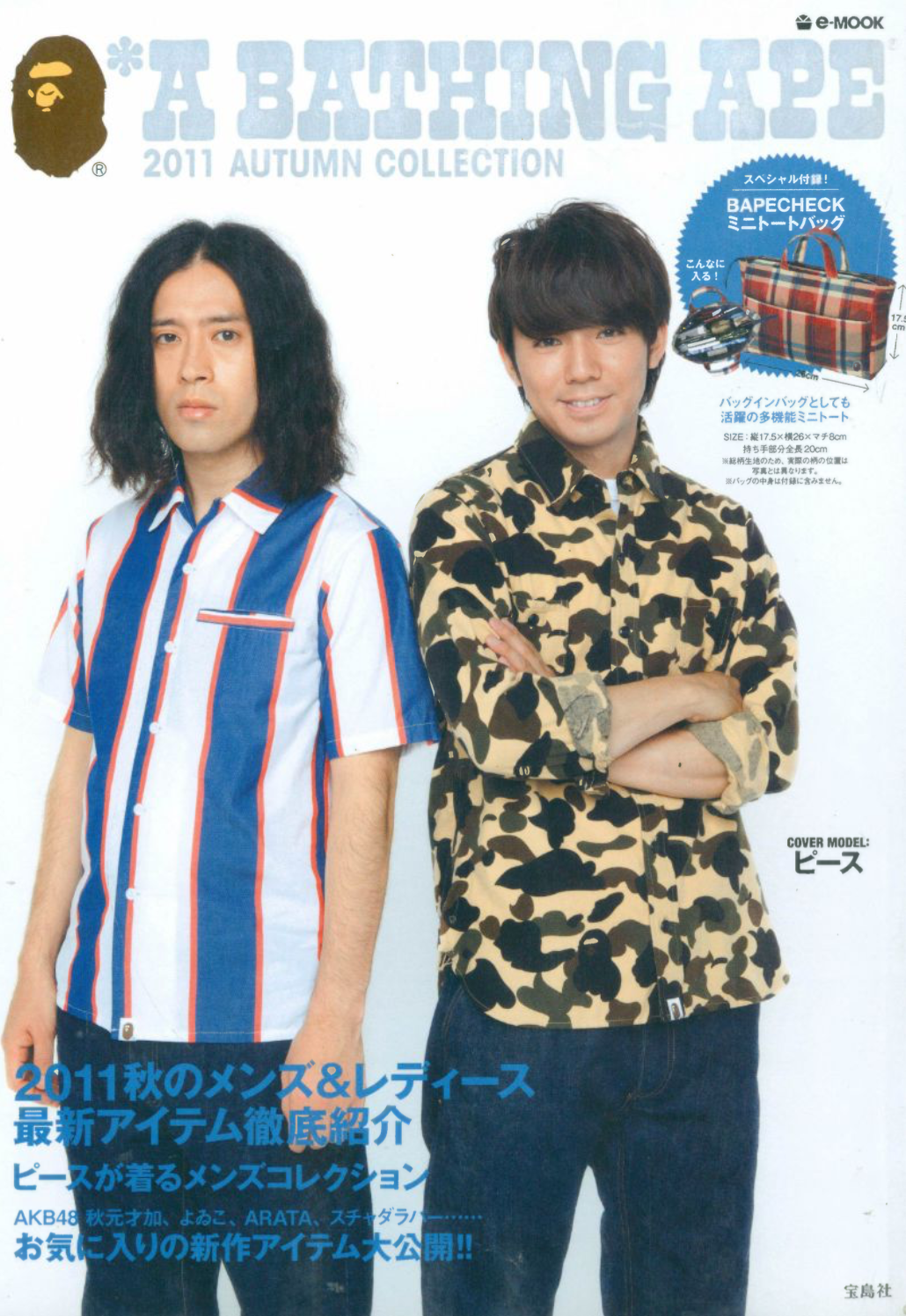 In 2013, BAPE and adidas returned, but this time they brought along another collaborator. The BAPE x UNDFTD x adidas Consortium Campus 80s and ZX5000 received the collab treatment. The update of the 1980s’ adidas silhouette, Campus 80s, featured two subdued colorways in olive and black. For those wanting to rock something a little louder, the ZX5000 trainer received the full BAPE camo treatment on the entire upper. 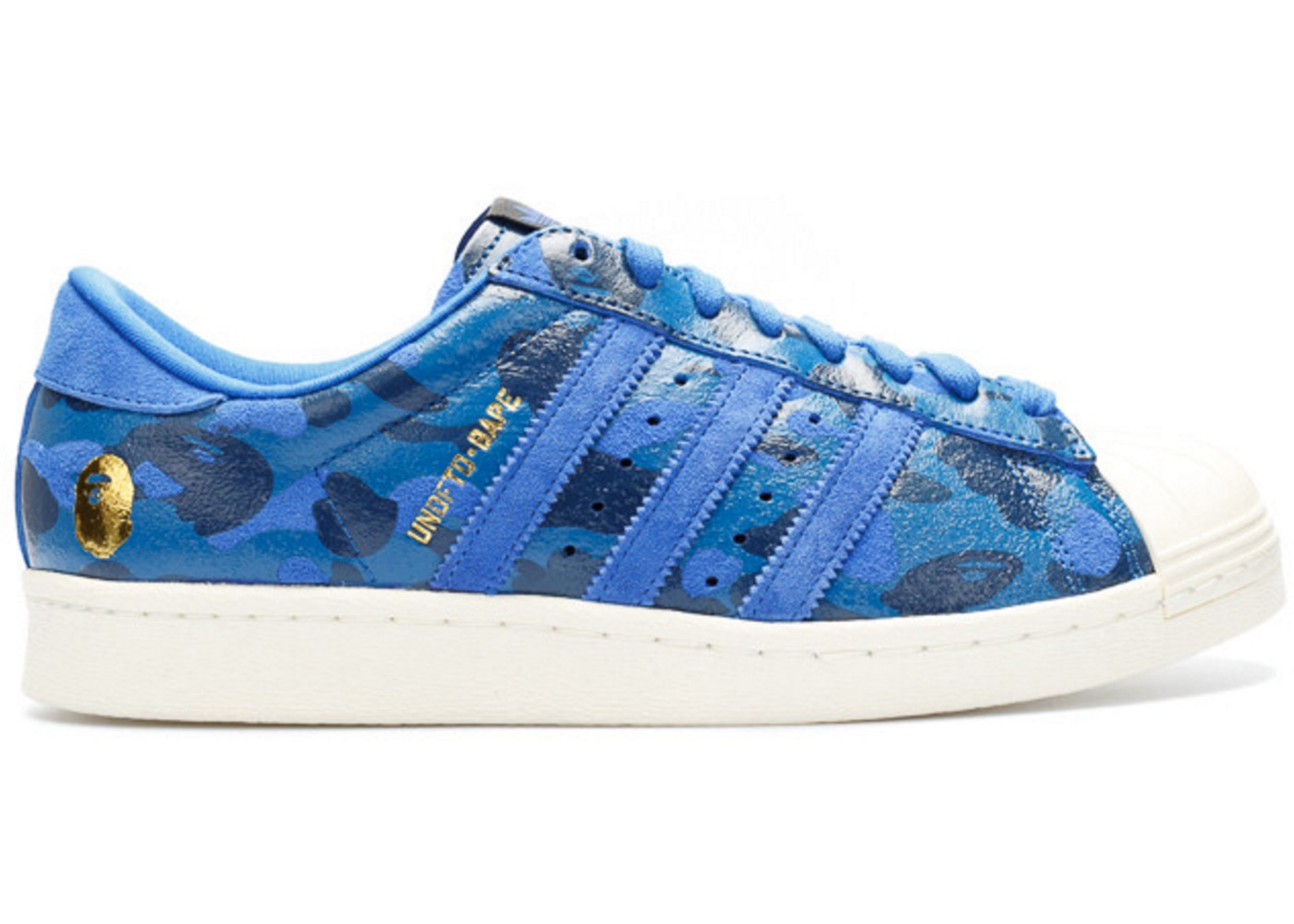 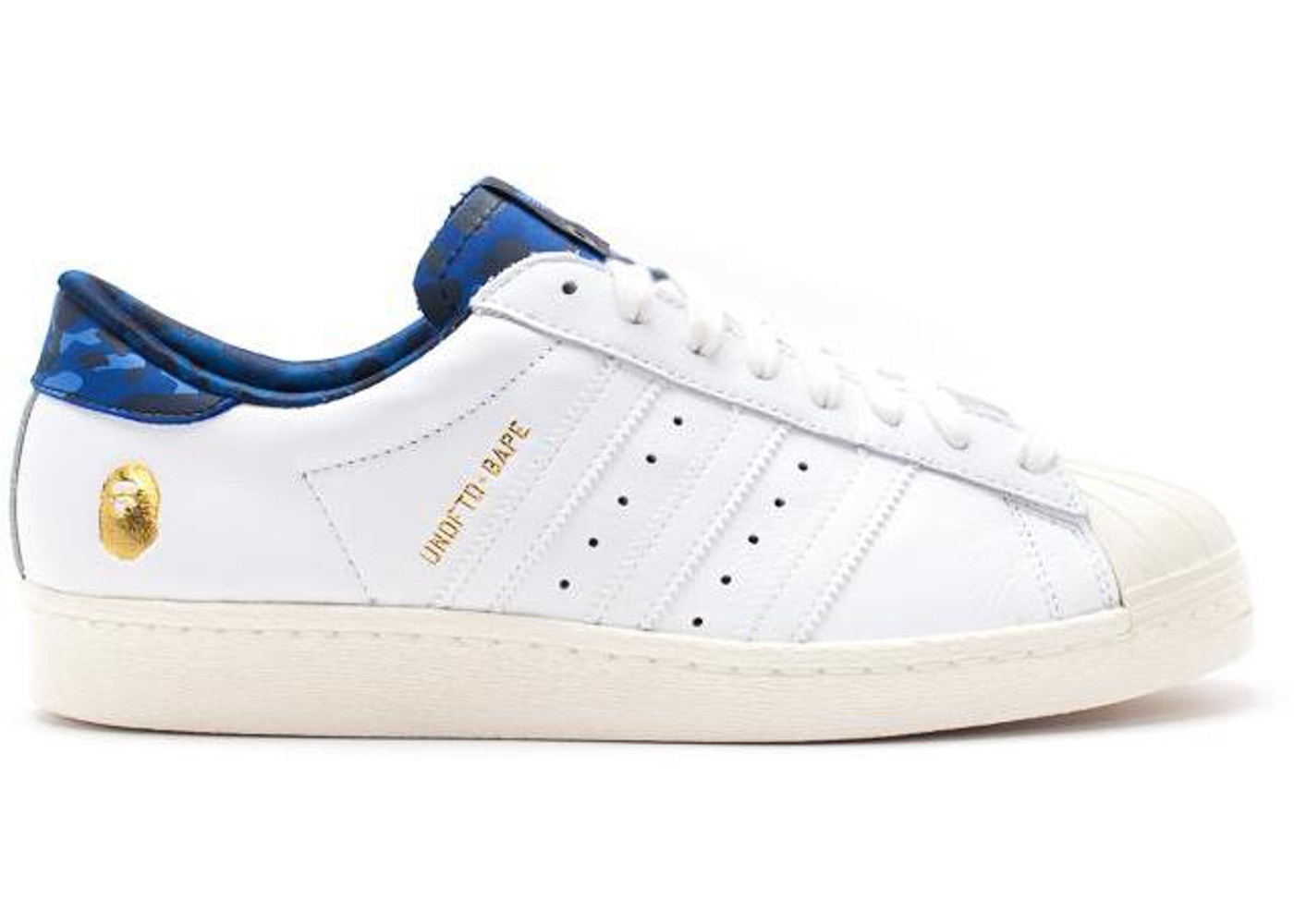 In 2016, BAPE and adidas returned with two iterations of the NMD_R1. The BAPE x adidas NMD_R1 included BAPE’s camo and design aesthetic with the NMD’s forward-looking technical aspects. Released in olive and black colorways, the camo detailing was offset by bright white, tape stripes, resting on a white BOOST midsole and color matching EVA plug inserts. In addition to the shoes, BAPE and adidas also released an apparel collection for BAPE’s FW16 collection, which you can browse below. 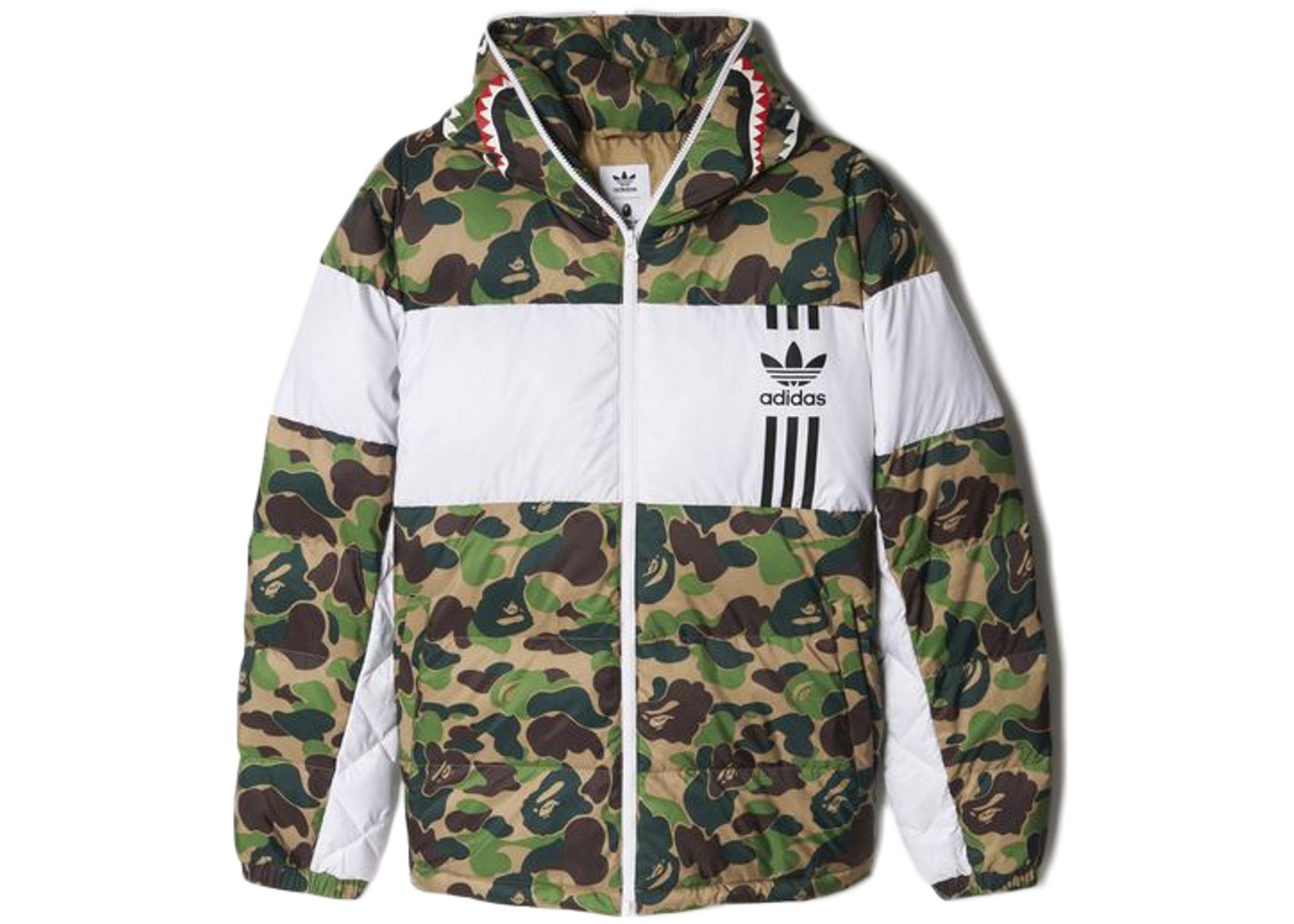 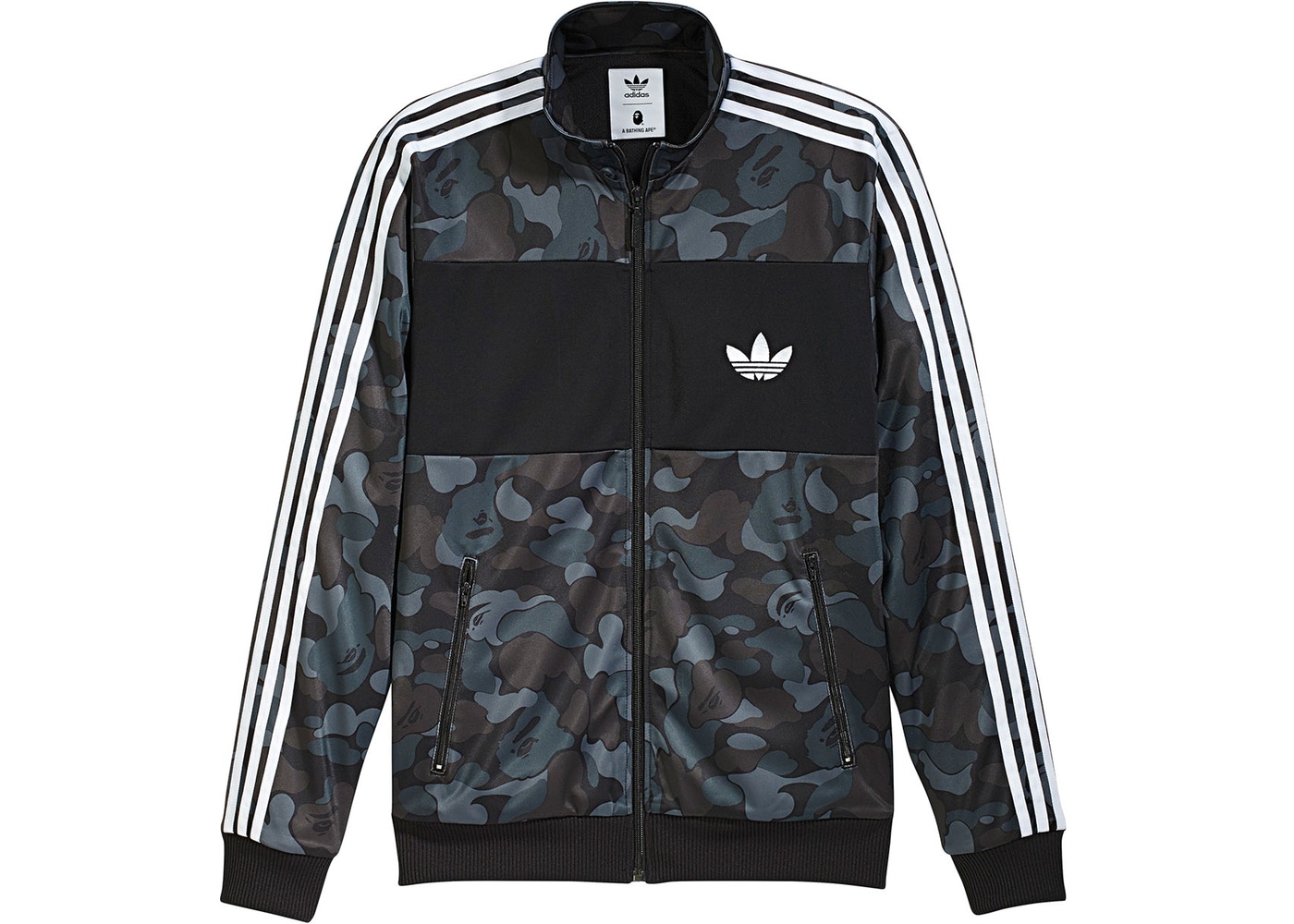 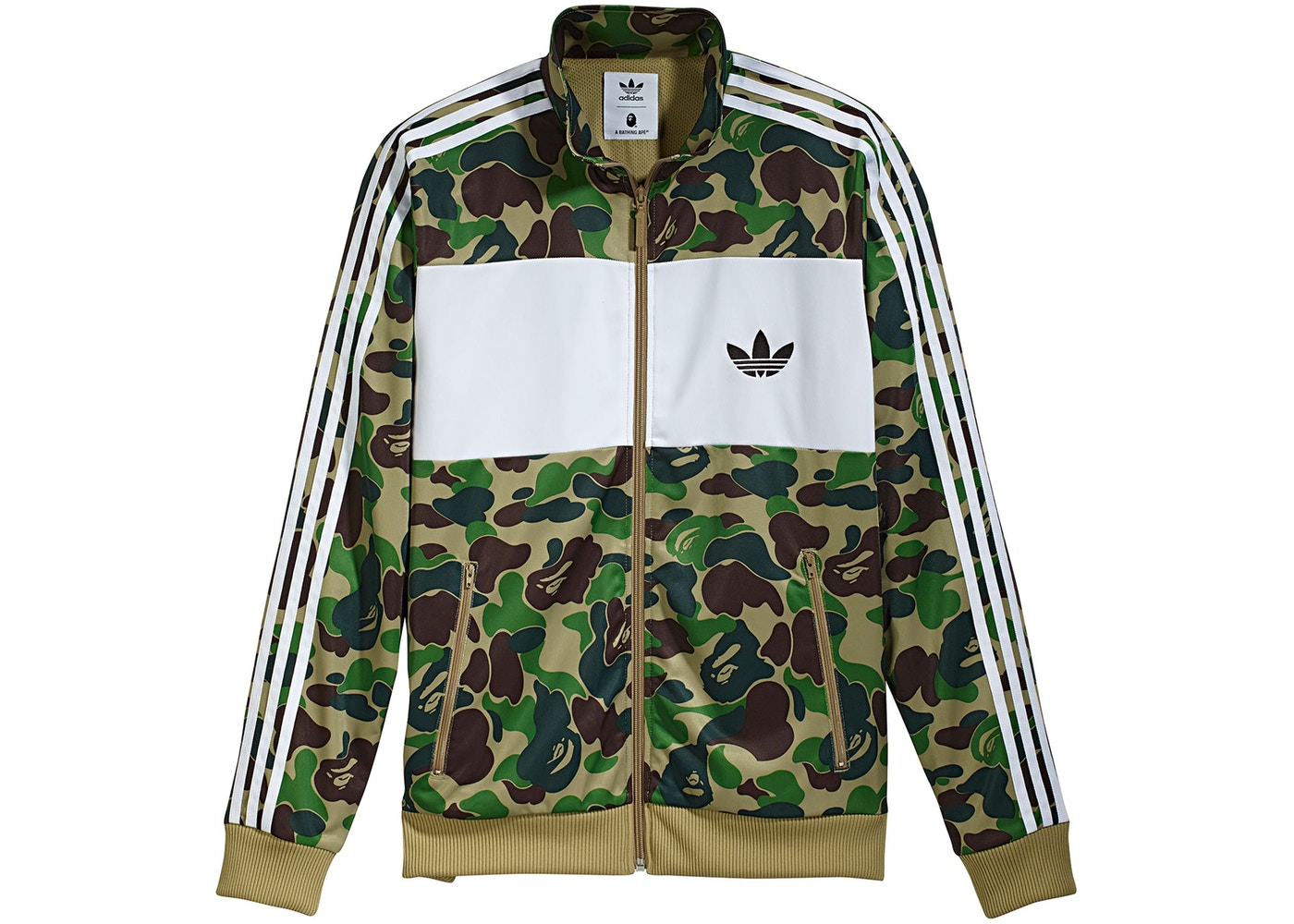 Off the Top: DET | Tony Whlgn

Off the Top: DET | Tony Whlgn