Counting down the top ten best electronics and collectibles from the past calendar year from KAWS and Virgil to Nintendo and Xbox.

Counting down the top ten best electronics and collectibles from the past calendar year from KAWS and Virgil to Nintendo and Xbox.

This article is part 33 of 37 in the series: Win the Holidays

2021 saw collectibles and electronics deliver in a big way. While the hype around new pieces from artists like KAWS and Daniel Arsham came as no surprise, this year also saw the rise in popularity of more mainstream drops from brands like LEGO, Hot Wheels, and Microsoft with all three setting records on StockX. So without further ado, here are the ten best electronics and collectibles this year. Nintendo provided us with the upgrade we were looking for with the Nintendo Switch OLED. The updated system increased the screen size to seven inches with a crystal clear OLED display screen for an enhanced visual experience. Additionally, the Nintendo Switch OLED also doubled the internal memory from the original Switch to 64GB so that you can hold plenty of your favorite titles on the device’s hard drive, and still have plenty of storage space for any progress that you make. The Microsoft Xbox Series X Mini Fridge may have begun its life as an internet meme, but it ended the year as one of the best electronics of 2021, and the most traded collectible on StockX with over 4,600 trades. This stat is even crazier when you realize it was released just over two months ago in late October. The Mini Fridge is the perfect addition to any gamer’s space as it blends into its surroundings with ease, while also keeping up to twelve beverage cans at an optimal temperature. 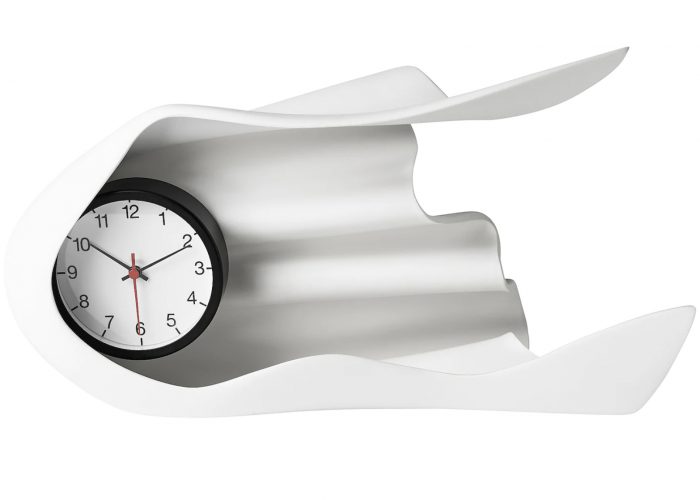 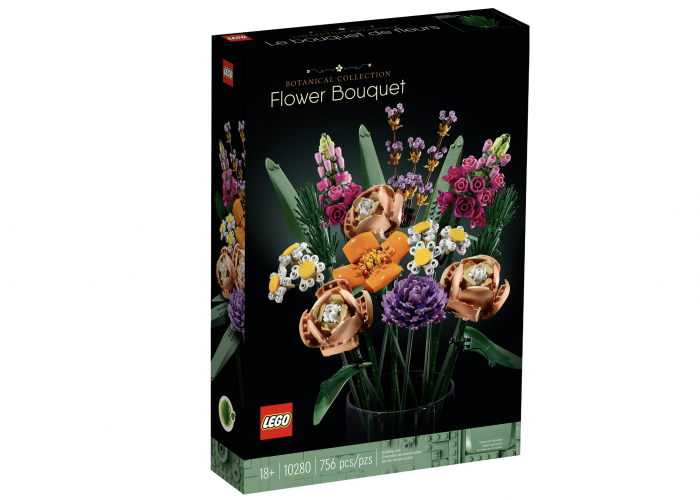 LEGO emerged as one of the most traded brands on StockX this year, and no set was more sought after than the LEGO Botanical Collection Flower Bouquet. The 756 piece LEGO set sold out almost instantly upon its release in early January and has been hard to find on shelves ever since. The LEGO Botanical Collection Flower Bouquet is perfect for master builders and plant lovers alike, as elements of the set are constructed from sustainable sugar cane making it one of the most environmentally friendly LEGO sets to date. 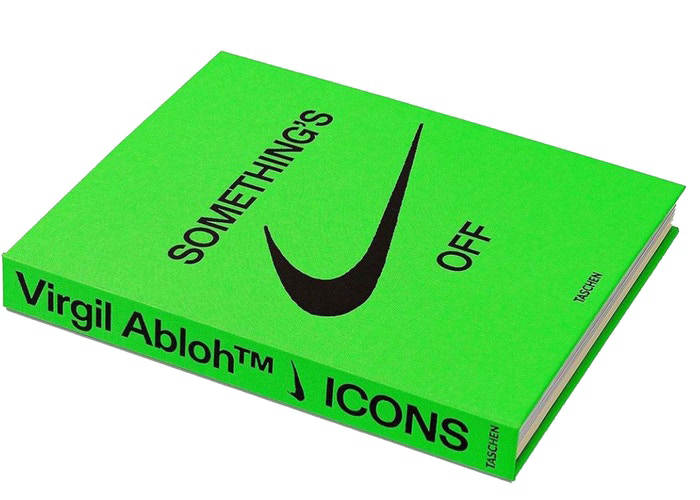 Virgil Abloh is a generational visionary whose impact will be felt for decades to come. While he contributed so much to our world of design, art, music, and fashion that will continue to influence our culture, one of his career highlights is his 2017 sneaker collection with Nike entitled “The Ten”. This year we were given unbelievable access to how this project came to fruition with Virgil Abloh’s book ICONS: Something’s Off. The book gives you everything from his early text conversations with Nike designers to his DIY creative process when developing “The Ten”. Simply put, Virgil Abloh’s ICONS: Something’s Off is a wonderful tribute to a person who has helped to shape and define our modern culture. 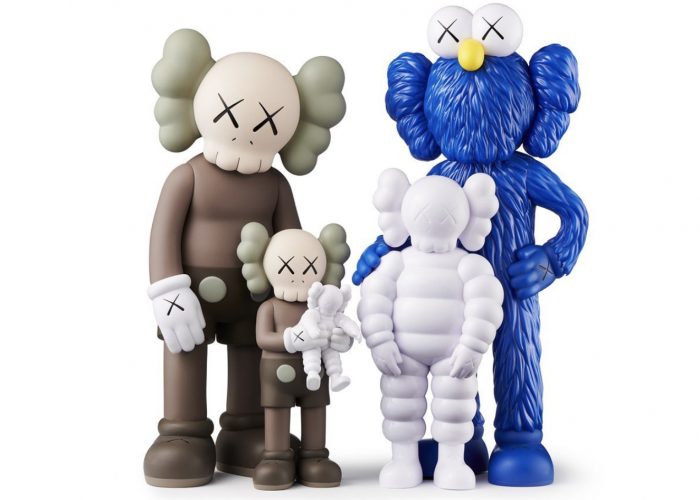 2021 marked the 25th year that Brian Donnelly has been operating under the moniker KAWS, and he celebrated the monumental moment in a big way. In July, KAWS opened his first-ever large-scale exhibition in Japan that he appropriately named KAWS TOKYO FIRST, and to help promote its opening he released the KAWS Family figures. The KAWS Family is made up of five total vinyl figures including two Companions, two Chum figures, and a BFF. The set provides any fan of KAWS with a magnificent collection of his most celebrated characters over the last quarter-century. 2020 may have been the year that introduced us to the next generation of gaming, but 2021 provided us with a worthy encore. One of the pinnacles in gaming releases this year came in the form of the Microsoft Xbox Series X Halo Limited Edition Console Bundle. Paying homage to 20 years of the gaming franchise that put the Microsoft console on the map, the Microsoft Xbox Series X Halo Infinite Limited Edition Console had its design inspired by the Zeta Halo ring from Halo Infinite. The bundle comes complete with a digital copy of Halo Infinite in addition to one special edition controller and console that includes 1TB of memory to save all of your favorite games right on your console. Before Elon Musk was stealing headlines winning Time Magazine‘s 2021 Person of the Year, his clean energy company, Tesla, was in the news with their third Hot Wheels RC Car collaboration. This edition of the Hot Wheels x Tesla Cybertruck 1:10 Scale RC Car can reach speeds of up to 12 MPH and comes complete with a free-wheeling Cyberquad that fits perfectly in the bed of the truck. The attention to detail of the design is exemplified by the remote control, which is a replica of the actual Tesla Cybertruck’s steering wheel. While it is not surprising that the Hot Wheels x Tesla Cybertruck 1:10 Scale RC Car with Cyberquad sold out on its release day, it is shocking that it continues to trade on StockX right around its original $100 retail price. 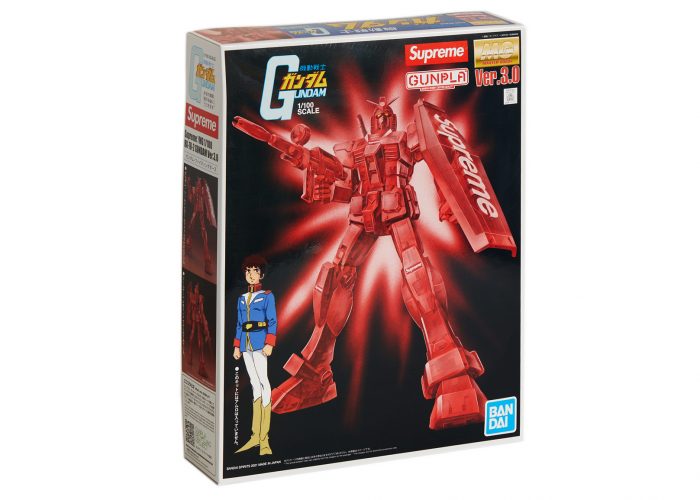 When the Supreme MG RX-78-2 GUNDAM Ver. 3.0 Action Figure was teased in the Fall/Winter 2021 Season lookbook it quickly became one of the most anticipated pieces of the year. The figure is a buildable 1/100 scale model of the titular mobile suit used in the Gundam television series, but this version of the Gundam swaps its normal blue, red, yellow, and grey coloring for a translucent red outfitting. The iconic Supreme logo is featured on the figure’s shield, along with smaller logos making appearances across its chest and knees. Of course, while this ended up being the most traded Gundam figure release of the year on StockX, it was followed closely by the Bandai Gundam x Nike SB Unicorn Destroy Mode figures that dropped earlier in 2021. 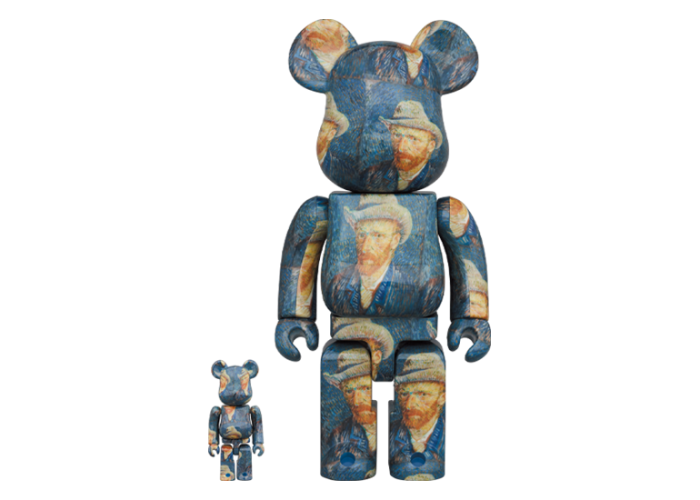 Shop the Best Electronics and Collectibles