The 10 Most Expensive adidas NMD Sneakers 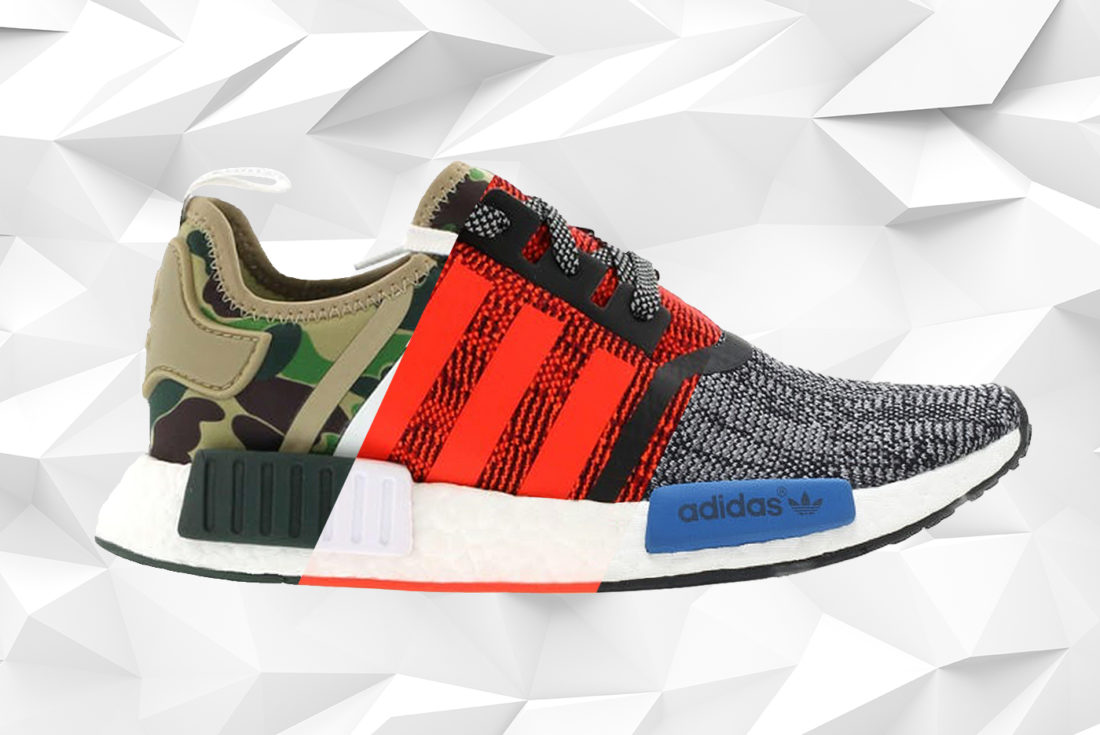 Since its inception in December of 2015, the adidas NMD has become one of the most popular sneaker models since the Roshe Run (thankfully that trend is done, word to @FourPins). As with any model, adidas likes to spice things up with ultra-rare colorways sprinkled in amongst the general release pairs. With that being said, here are the 10 Most Expensive adidas NMDs, aka the adidas Nomad, on the secondary market right now. 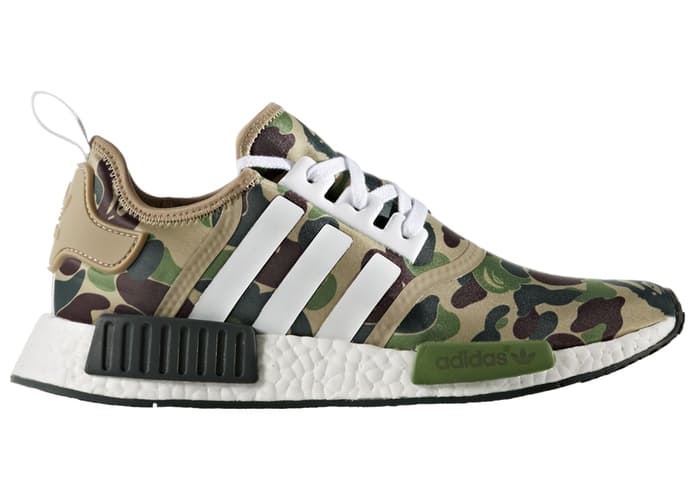 This coloway barely missed the cut but it would have felt wrong leaving it out. adidas and Japanese streetwear giant, Bape rarely disappoint when they come together, and this NMD is no exception. This colorway released alongside another NMD sporting the iconic camo print, but in a grey color pallet. Needless to say the original color-blocking of the Bape camo is a fan favorite and goes for almost double its grey counterpart. Fun fact, this is the only adidas NMD on the list that doesn’t utilize Primeknit. 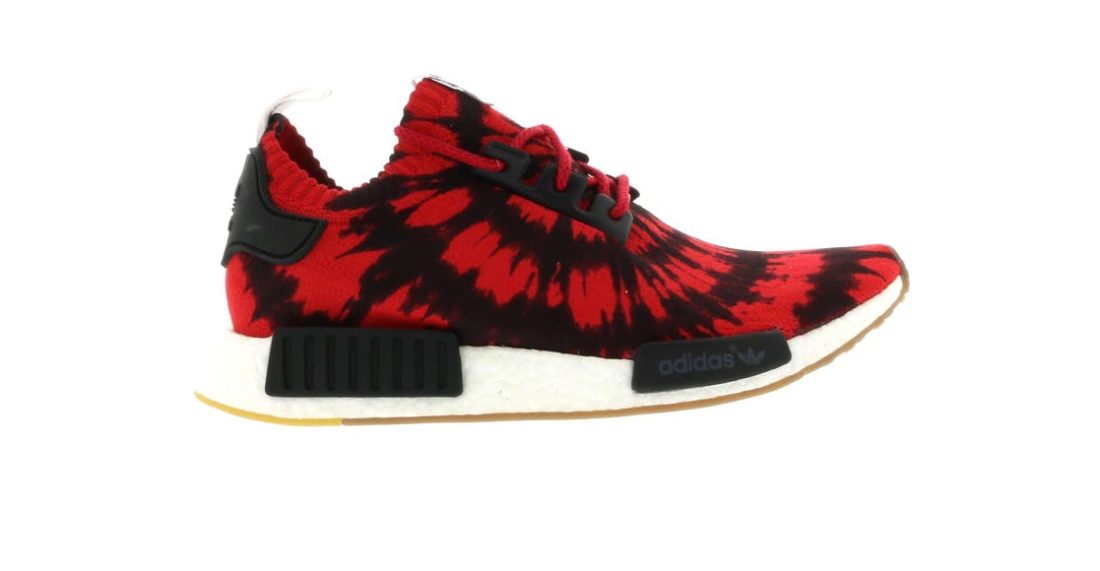 The second stop on the 2016 Consortium Tour led adidas to San Fransisco, home of the latest retail location opened by the legendary sneaker blog Nice Kicks. The Nice Kicks NMD is the first ever collaboration on the model and is still one of the most unique iterations in the sneakers’ short history. The upper draws inspiration from classic concert posters and art surrounding the Bay Area. Combine all of those things, and you have one of the most expensive adidas NMDs in the world. 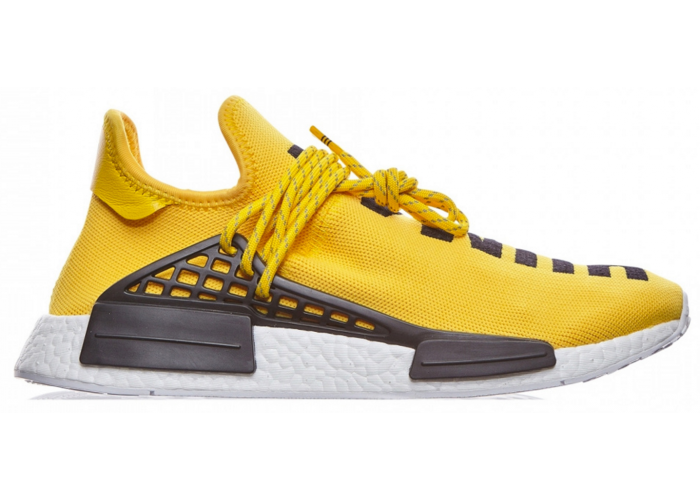 The next spot on the list is held by another first for the model. The Pharrell collabs are now mainstay in the NMD line, but Yellow Human Race NMD represents his first take on the model. It’s safe to say that the success of the partnership between Pharrell and adidas isn’t going anywhere and neither is the price premium for this piece of NMD history.

adidas and Pharrell take the 8 spot as well, but this time with a third collaborator (kind of), BBC, was brought into the mix. Billionaire Boys Club was founded by Pharrell and Nigo, also the founder of BAPE in 2003 and has turned into one of the most popular streetwear brands ever. With so many big names attached to this NMD, it would have been hard for this one to flop on the secondary market. 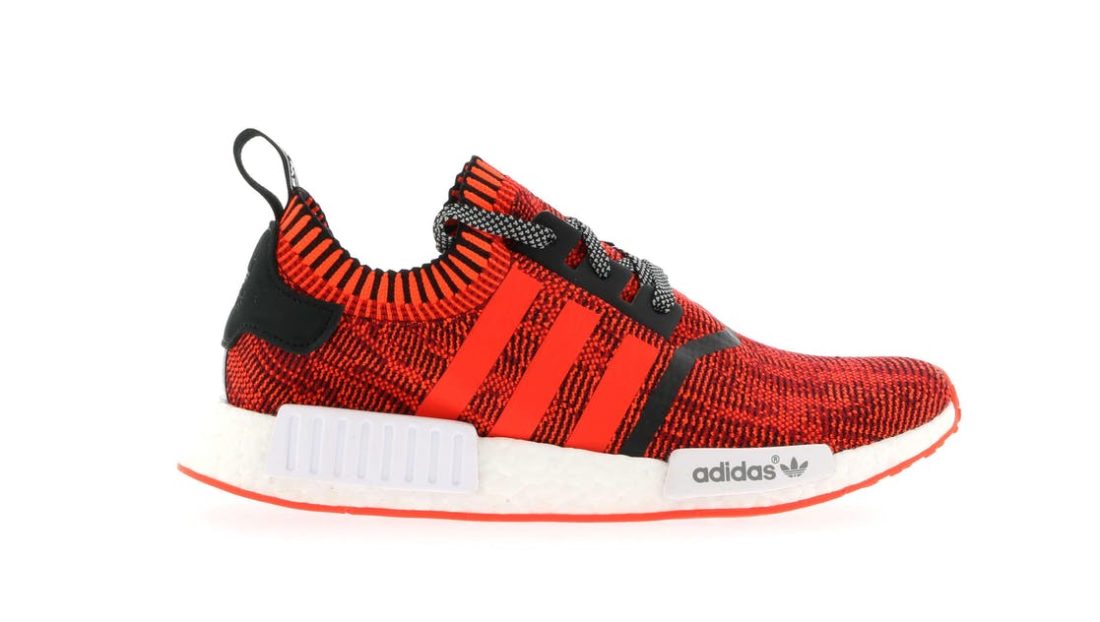 This crazy-rare NMD is not to be confused with its new doppelgänger the AI Red Camo colorway. This rendition of the NMD was made available during the opening of the newest adidas flagship store in New York. If you were in one of the 5 boroughs, you had the chance to reserve 1 of 200 pairs made available the general public via the adidas Confirmed app. 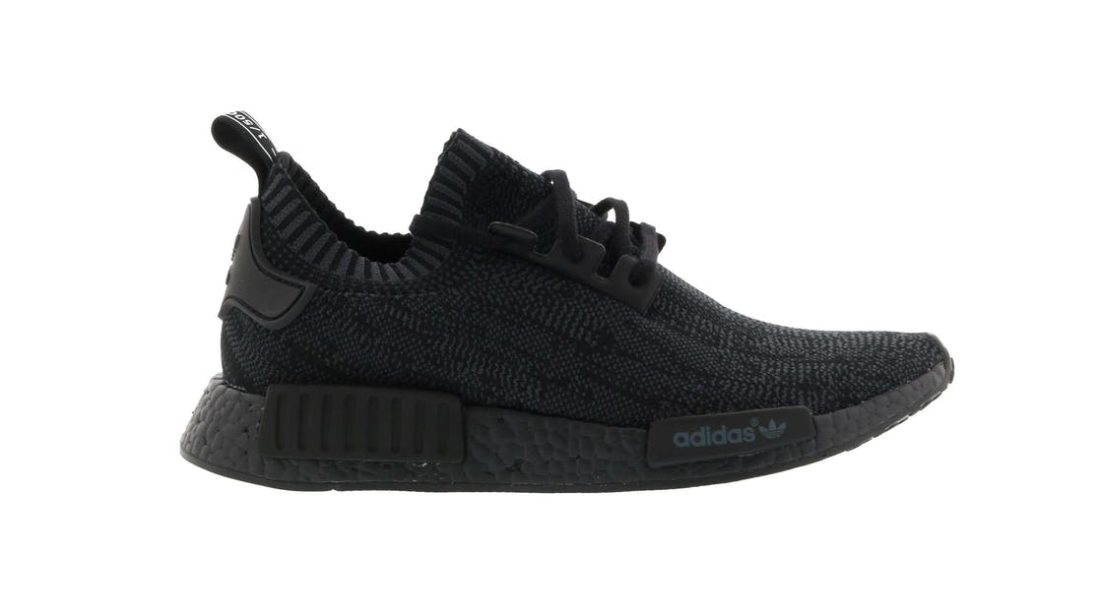 Blacked-out Boost isn’t so much of a big deal now, but at the time this was the first ever black Boost midsole produced by adidas. If you didn’t have some serious connections to the Three Stripes it would have been very hard to get your hands on these. Each pair is individually numbered up to 500, with 400 being allocated to friends and family and the other 100 going to winners of a SnapChat giveaway. As if getting the shoe alone wasn’t hard enough, adidas sent out 50 packaged in a special suitcase. 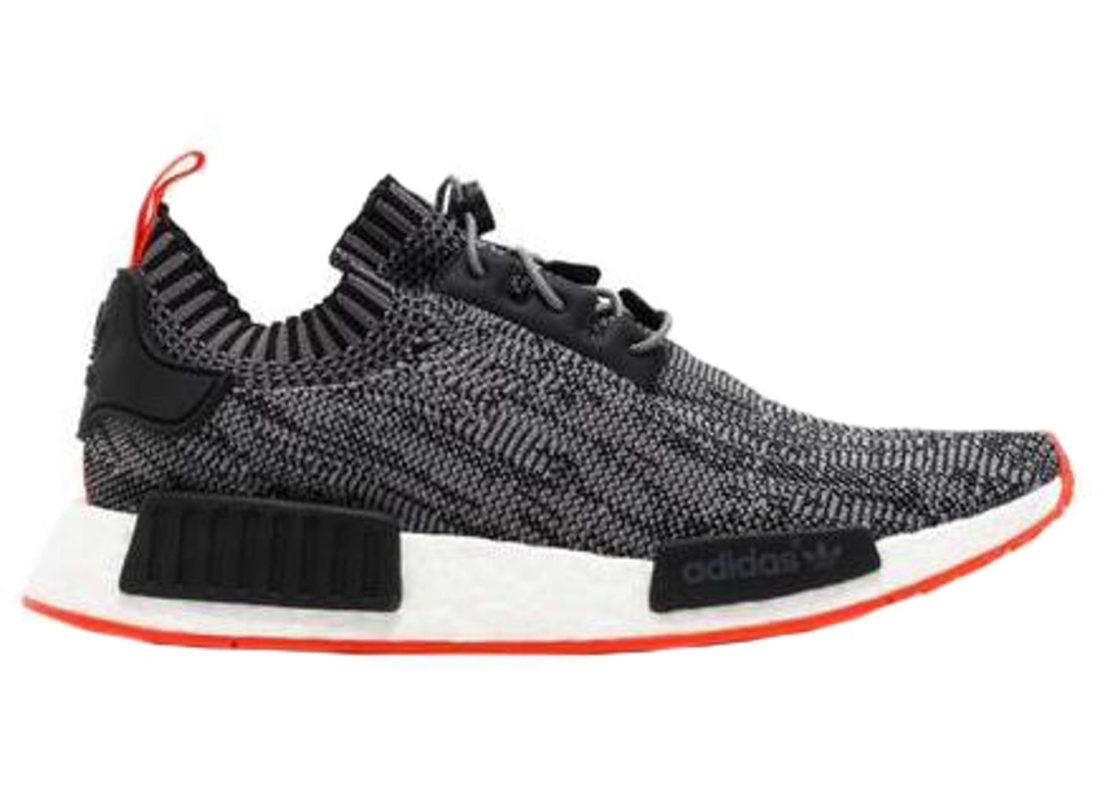 Limited to only 300 pairs, the aptly named “Firestarter” NMD is one of the most limited NMDs ever. In collaboration with Berlin based sneaker and streetwear store Overkill, this pair features a Prime knit pattern that resembles ashes and the outsole being the fire. All 300 pairs were supposedly allocated to friends and family, so good luck getting your hands on this gem. 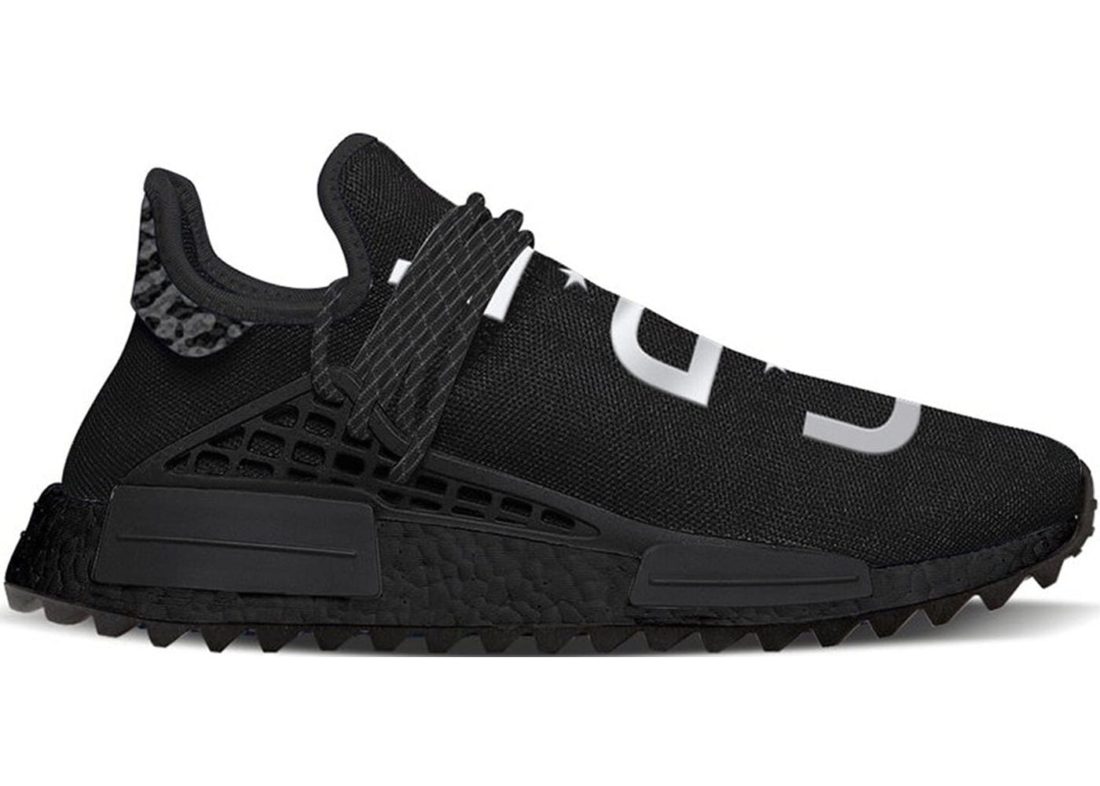 This shoe is like hype inception. A Pharrell sneaker is usually the pinnacle of hype, but this time it was used to build hype surrounding the resurgence of the music group N.E.R.D. Your only chance at scoring this NMD was being in Long Beach for Complex Con where the group performed for the first time in nearly 7 years. 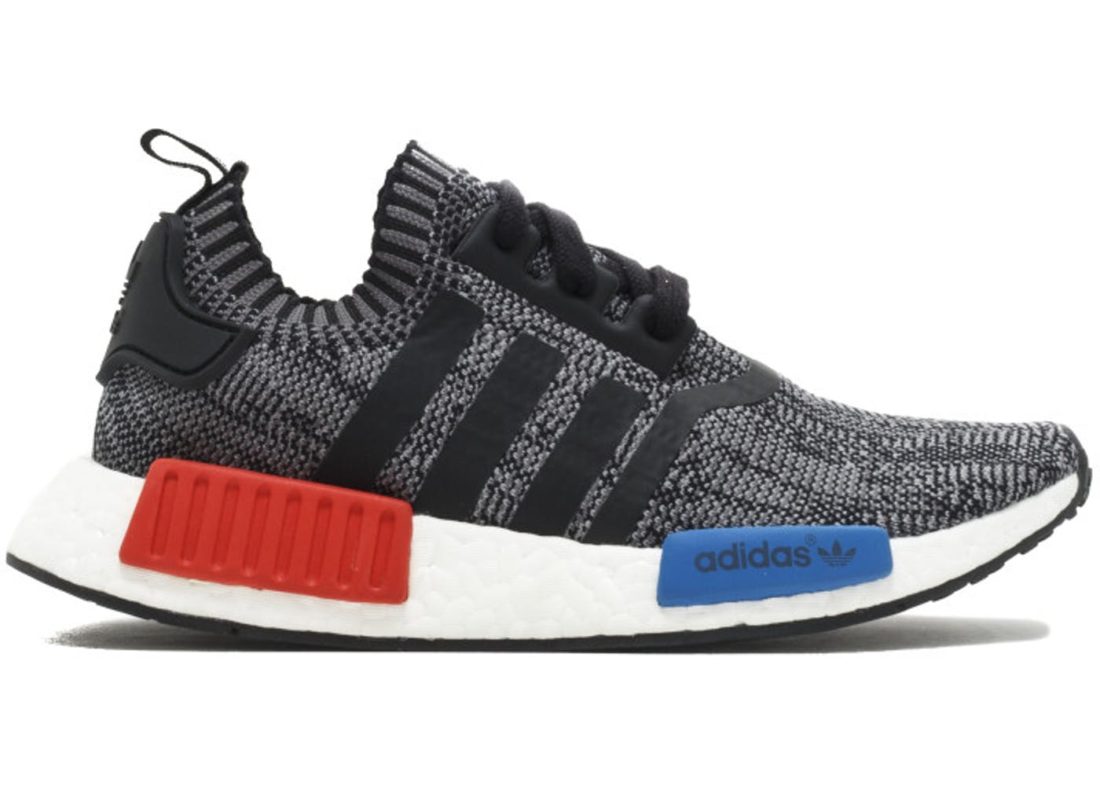 If number 3 on this list looks a little familiar, it should. The blocks on the midsole are the exact same as the OG NMD, but the upper sports a glitch camo Primeknit pattern. Also unlike its close relative, the OG NMD, this pair was only given to the design team responsible for making the NMD possible. 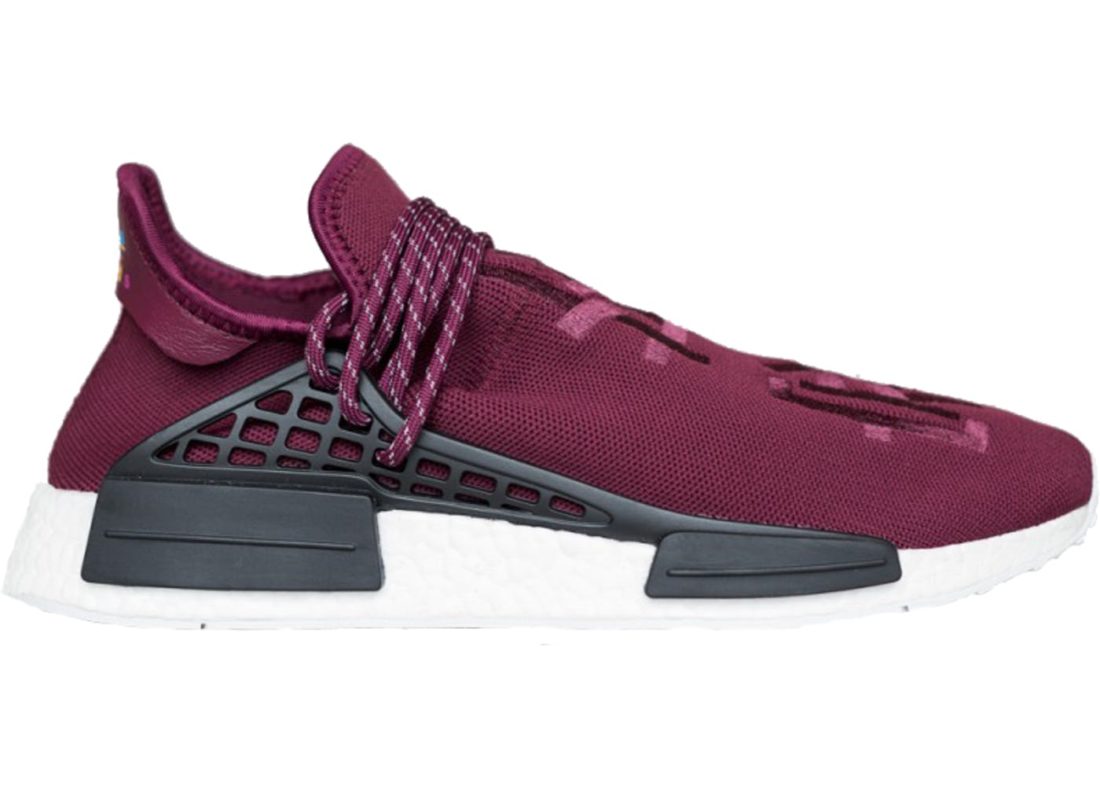 Pharrell takes yet another spot here in the top 10, speaking to the publics reception to the collaborative efforts between Skateboard and The Three Stripes. Unfortunately for us common folk, this NMD will most likely never make it to retail. Unless you have a spare $8,000 (or more) laying around, your chances of landing these are pretty slim.

Here we are. Fittingly, the most expensive adidas NMD in the world is held by none other than Pharrell and his work on the Human Race Trail NMD. This time Pharrell brings in high-end fashion legend Chanel to raise the stakes even more, as if that was possible. Only 500 pairs were released exclusively at the Chanel pop-up within Colette (RIP) via raffle for a retail price of $1,160 (1000€).