This year’s NBA Finals rematch between the Cavs and Warriors is much bigger to sneakerheads than what happens on the court. It’s a battle of the brands between Under Armour and Nike’s most elite signature athletes.

In 2012, Stephen Curry was signed to Nike alongside King James and Kyrie Irving. But after the 2013 season, Curry left Nike for Under Armour and his basketball shoes sporting the UA logo have been on the best sellers list ever since. However, does that really equate to sales in the resell market?

Last year’s Under Armour Curry 1 MVP was the first shoe from UA Basketball that really generated a crazy amount of hype. At least, when comparing “hype” levels to that of what Nike has become so great at creating. For Under Armour, the deal with Curry has been a dream come true. Curry won the 2015 NBA Title just in time for his first signature sneaker and then followed it up with the best record in NBA History in his second signature sneaker. Not even MJ can make that claim. And the only other player to win a title in his first signature sneaker was Dwyane Wade in his Wade 1 signature shoe from Converse back in 2006.

On the other hand, LeBron and Kyrie have the marketing geniuses at The Swoosh behind their personal brands. LeBron’s latest signature, the Nike LeBron 13 is available in over 20+ colorways at any given Foot Locker across the country. You most likely can’t walk into your local mall without seeing LeBrons in a majority of the stores. Kyrie is a few steps behind in brand awareness but releases like the Ky-rispie Kreme and Ky-rache colorways create tons of buzz and grab that nostalgic appeal that Nike has been able to capitalize on for the past 3 decades. 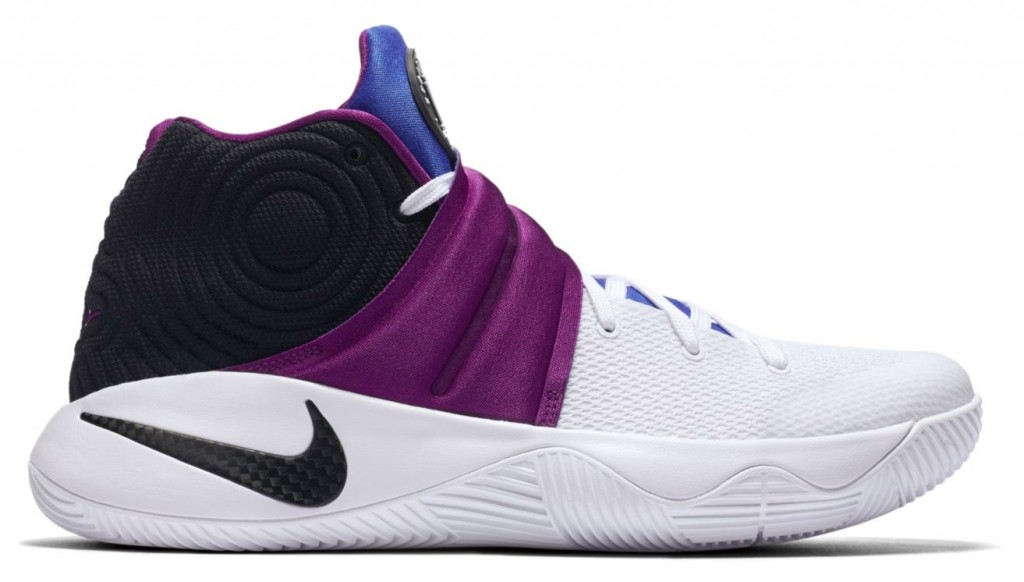 Curry shoes may be available in plenty of colorways online but the distribution to local retailers has been much more limited. Unless of course you are in the San Francisco Bay Area where you’re lucky to find a pair in stock anywhere. Not to mention, there’s consistent backlash on #SneakerTwitter towards Curry’s Under Armours.

And according to retail footwear sales expert, Matt Powell, Curry shoes are not outselling LeBrons. But our world is the secondary market, so we had to take a closer look. Here’s what we found: 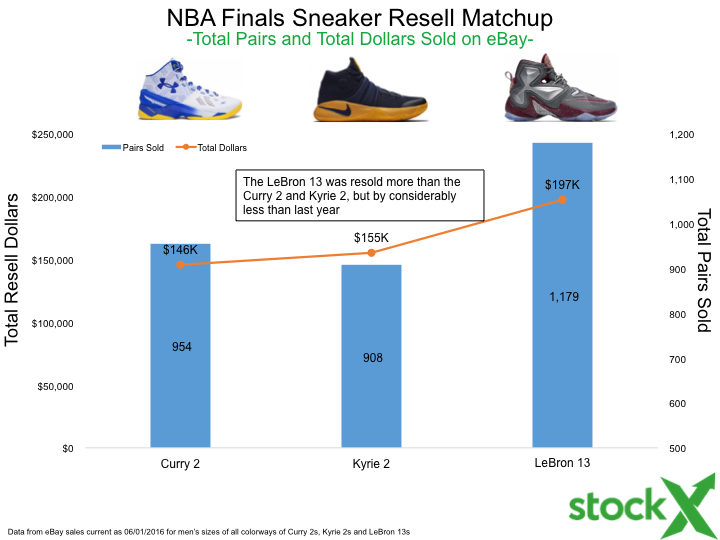 The resell prices of LeBrons leave less on the table for resellers but as you would expect, more LeBrons are sold than Kyries and Currys. 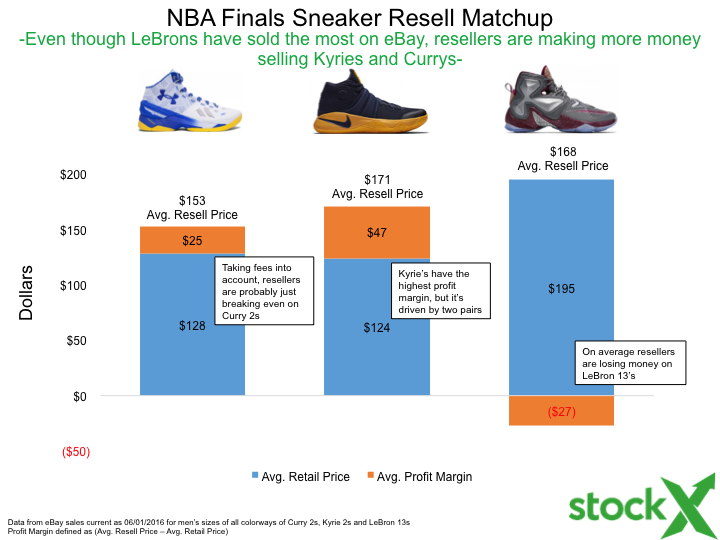 The most expensive pairs when it comes to the Kyrie vs. LeBron vs. Steph are the Kyrie 2 EYBL and the Kyrie 2 Krispy Kreme. Of course if you take into account the two-pack of the Curry MVP Pack, the prices for the two pairs are higher. Interesting note, the average profit for both pairs in the Curry MVP Pack would still be greater than every general release LeBron 13. 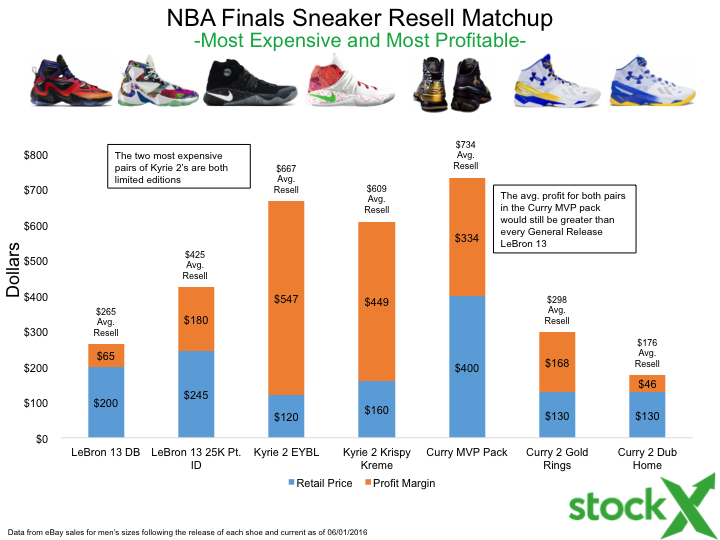 Numerically speaking, the King is still King when it comes to how much a modern signature sneaker moves the secondary market. There might be more excitement around a limited Kyrie or Curry but the big numbers in terms of dollars and quantity are still owned by LeBron. 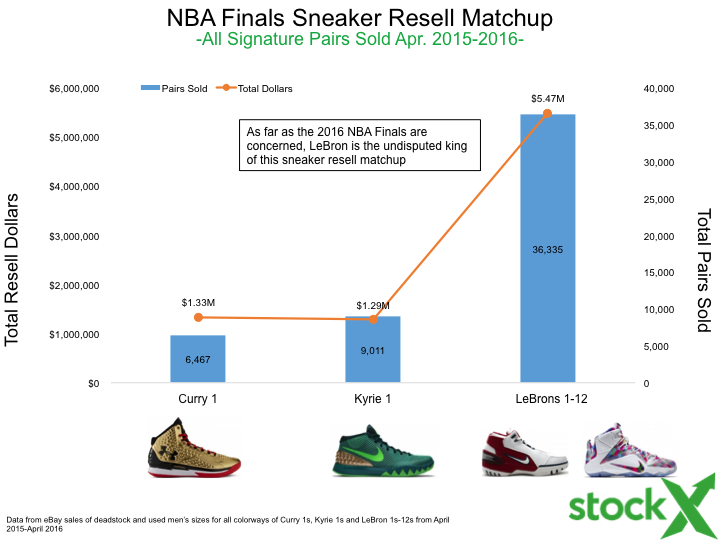 Will the outcome of this year’s NBA Finals affect this? Most likely, yes. But it won’t be as impactful as the way the sneaker world thinks it will be. There’s a lot more to the sneaker reselling game than who wins the last championship, just check in with the real king of secondary sneaker market, Michael Jordan.