With Air Max Day 2021 approaching, we used our data to understand the current landscape of the Air Max market. Find out which Nike Air Max have taken over and the countries that have played a major role in their come up.

With Air Max Day 2021 approaching, we used our data to understand the current landscape of the Air Max market. Find out which Nike Air Max have taken over and the countries that have played a major role in their come up.

This article is part 11 of 17 in the series: By The Numbers

It all started with Air. Since 1987, Nike Air Max has helped position Nike as a disruptor in the sportswear market. The bold, futuristic design has shown athletes and casual wearers alike that it is possible to walk on Air. The focus on performance innovation has impacted the way sneakers look in competition and in the streets. Different regions across the globe have adopted Air Max models as their own, and now certain silhouettes serve as representations for cultural movements. The impact of Air Max in current culture is evident. With Air Max Day 2021 right around the corner, it’s only right to honor one of the most impactful technologies in sneaker history with what we are known best for: our data.

Last summer, we crunched the numbers to identify which Air Max releases have appreciated the most over time and which have become more affordable since their release. In this continuation, we dive deeper into the current landscape of the Air Max market to uncover the silhouettes that have taken over and the countries that have played a major role in their come up.

The Rise of the VaporMax

Five Air Max Days have passed since the launch of StockX. And since that first Air Max Day in March of 2016, a lot has changed in sneaker resale. There are now more Nike Dunks in the Top 1,000 sneakers than Nike LeBrons as a result of lifestyle sneakers gaining popularity over performance sneakers. Yeezy 350s no longer hold the highest premiums, as the average resale price has dropped by a whopping 50%. But one of the most remarkable trends has been the rise of Nike Air Max: between 2016 and 2020, the Air Max market share (percentage of dollars spent on sneakers) on StockX rose by 800%. A stratospheric spike in market share is rarely accompanied by stagnant buying patterns. In most cases, it means that preferences are evolving. 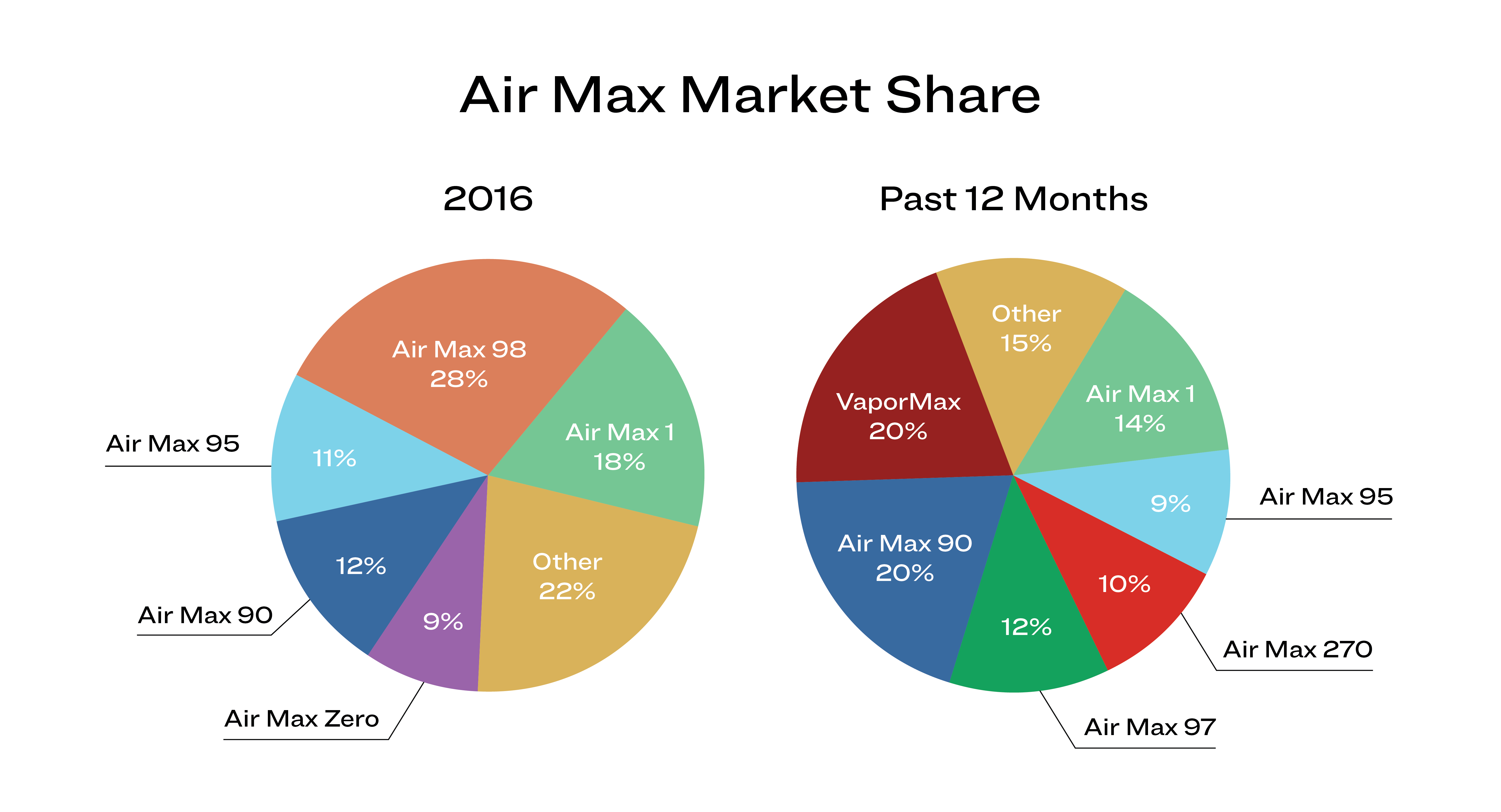 It’s true that one Nike Supreme release accounted for a large portion of the Air Max 98 market. Because back then, the resale landscape was Yeezy-centric. Air Maxes did not have nearly as big of a presence in resale as they do today – the interest just wasn’t there. The only Air Maxes to sell well on StockX were collaborations (seven of the top ten most-sold Air Maxes in 2016 were collaborative models). Now, the reign of the Air Max 98s is over. In fact, the Air Max 98 holds less than a two percent market share in today’s Air Max market (that two percent is included in the 15% “Other” category in the 2020 chart). Today, the most dominant silhouettes are the Air Max 90 and the Nike Air VaporMax, each with 20% of the StockX market.

Given the massive roll out the Air Max 90 received for its 35th Anniversary in 2020, it’s standing as one of the two most popular Air Maxes on StockX shouldn’t come as a surprise. Over 150 Air Max 90s released in 2020. That’s almost a rate of three Air Max 90 releases a week. A rapid-fire release schedule of Air Max 90s pushed the silhouette to new heights with a 67% growth in market share since 2016. This growth isn’t solely attributed to the supply of Air Max 90s on the market, but also the buyer reception of these releases. In the last 12 months, four out of the top ten best-selling Air Maxes were Air Max 90s, with the Nike Air Max 90 Reverse Duck Camo ranking as the second most sold Air Max in StockX history. Not only were these four releases among the best-selling, but they also sold at prices well above their retail price. The popularity of the Air Max 90 was predictable given its market presence. The VaporMax wasn’t. 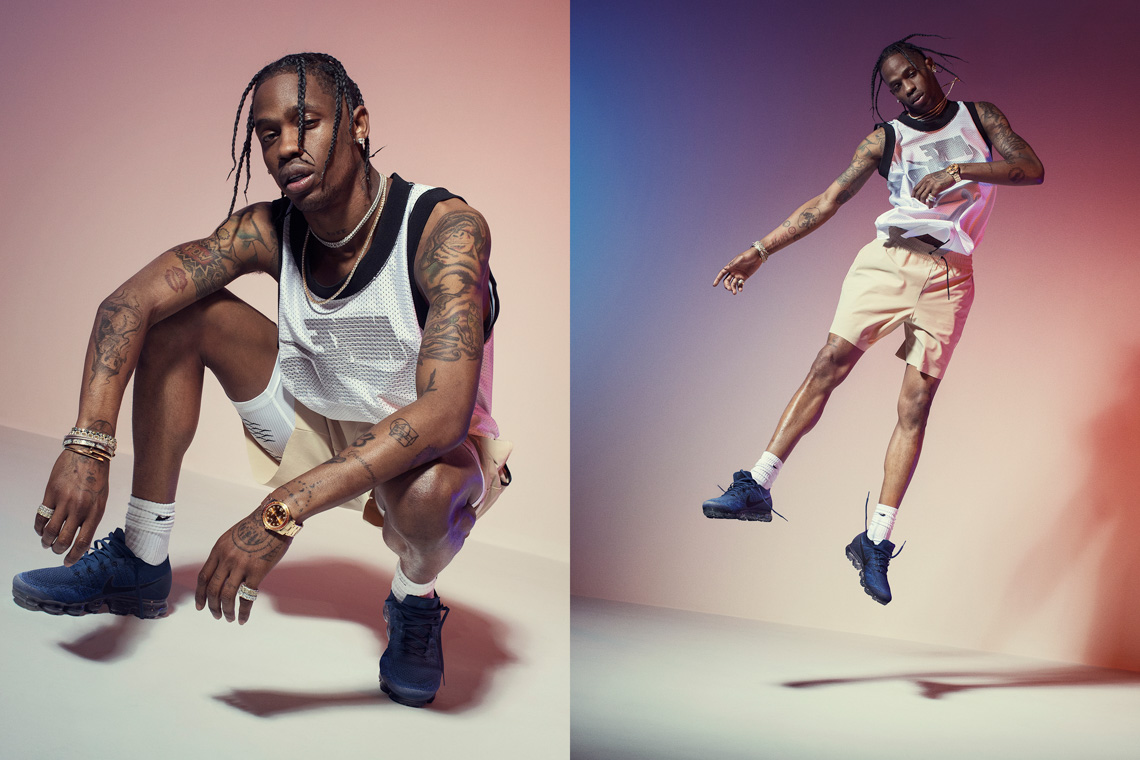 The Nike Air VaporMax collection is still relatively new to the Air Max line, having made its debut in 2017. Its most hyped release is only an uber-exclusive Cactus Plant Flea Market collaboration in 2019. Other than that, the silhouette has been relatively low key. Compared to the Air Max 90, there were less than half as many VaporMax releases in 2020 and most of them were general releases that silently made their way onto store shelves. With hype, historical value, and high release frequency eliminated as possible explanations for the VaporMax’s rise to StockX market domination, we look to the model’s accessibility in value as the reason for its climb. 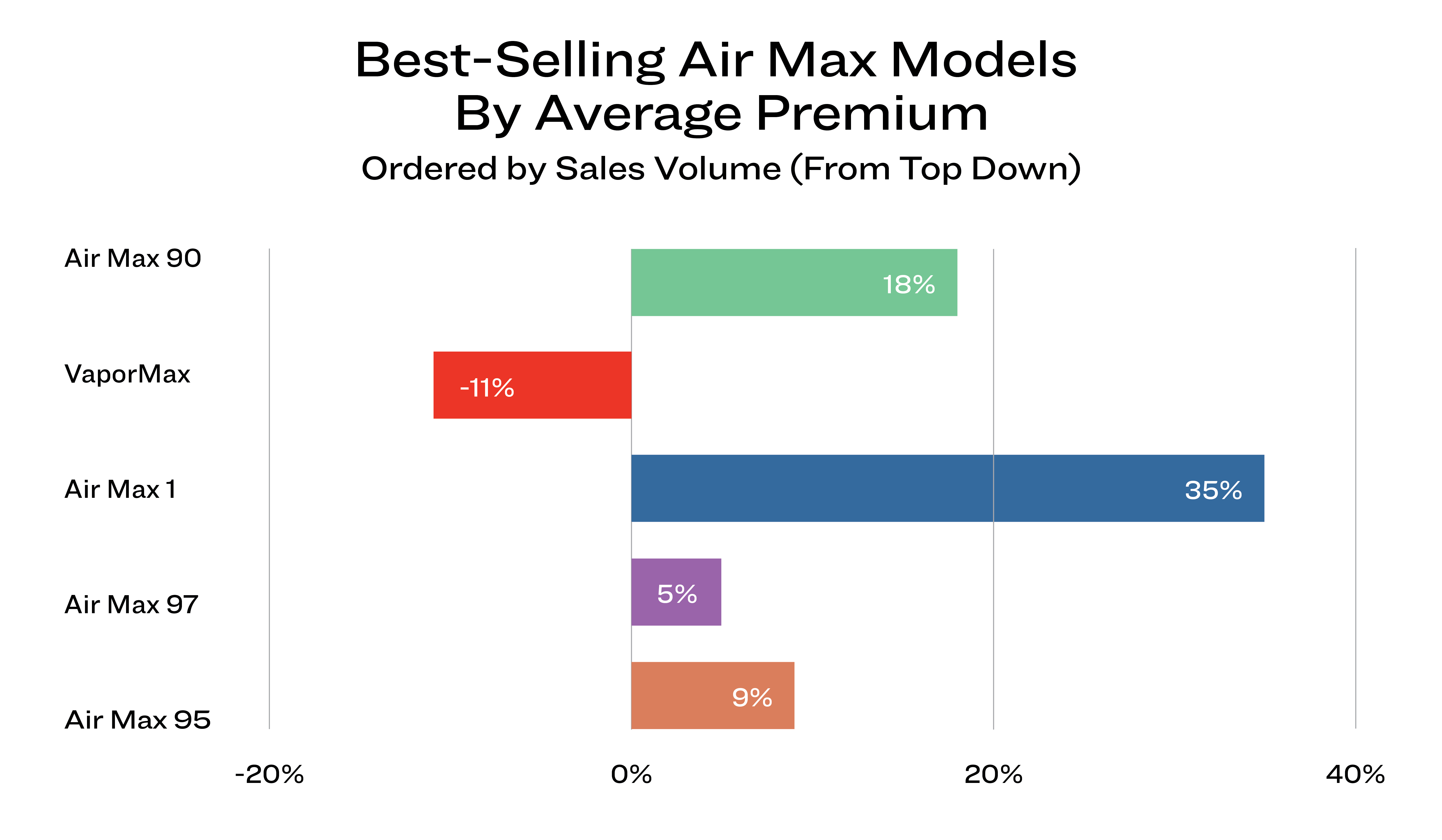 The chart above shows the top five best-selling Air Max silhouettes in the past year and their average resale premium on StockX. All silhouettes are shown in descending order by sales volume, with the last silhouette (the Air Max 95) having the lowest volume. While the Air Max 90 and VaporMax silhouettes both had the highest market share for Air Maxes in the past 12 months, neither shoe held the highest average premium. In fact, the VaporMax was the only best-selling AirMax silhouette to sell below retail on average, with a -11% resale premium. In other words, we found that it is typically a better deal to purchase a pair of Nike Air VaporMax on StockX than at retail. Not only is the VaporMax one of the most purchased silhouettes on StockX, but it is also one of the most affordable.

Of all five best-selling Air Max models, the Air Max 1 was the most valuable on StockX. In the last 12 months, it has held an average premium of 35%, nearly 20% higher than the next best premium, the Air Max 90. It’s notable that two of the oldest silhouettes are going for the highest premiums. The price appreciations of Jordans and Nike Dunks are extending to more retro sneakers. Now, we are noticing older Air Max models – like the AM90 and AM1 – become the most valuable in their respective markets.

It’s clear which Air Max models are making up the market, but where they are being purchased the most is not as well defined.

Globally, Nike Air Maxes are one of the most prominent sneaker collections on the market and they are popular around the world. But different countries purchase Air Maxes at different rates. 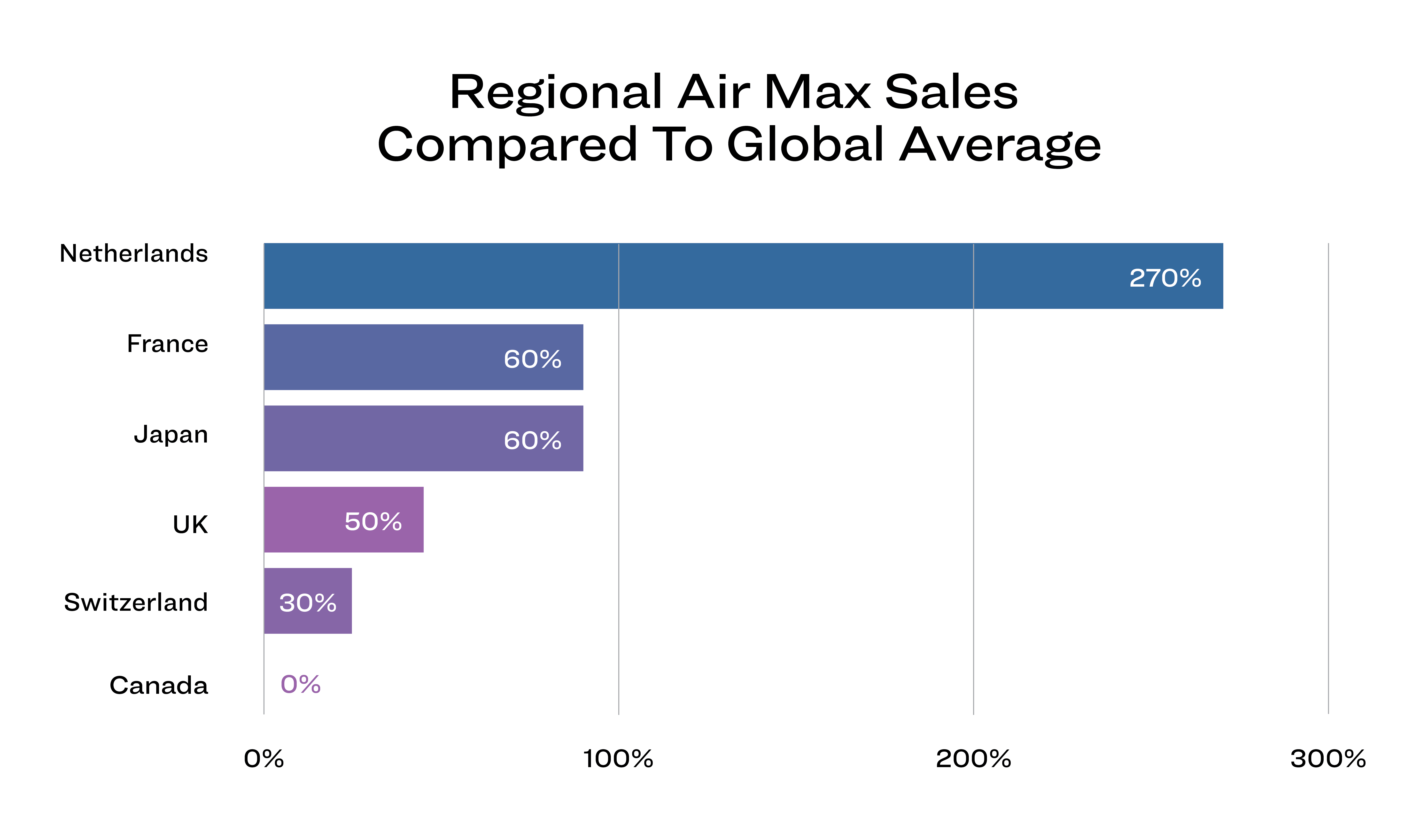 With several European countries showing extraordinary demand for Air Maxes, it would be easy to assume that similar demand is present throughout all of Europe. But that would be wrong. Markets in countries like Italy and Finland saw far less demand than others, purchasing Air Maxes at half the global average rate. This disparity between neighboring countries proves that demand is more specific and focused by country or city than macroregion.

As the popularity of Air Max continues to expand, the regions that embrace the Air Max the most could shift. Despite its remarkable 800% increase in market share over the past five years, there is still plenty of room to grow. Diversity of design and price point makes the Air Max collection one of the most accessible on the sneaker market, and its strong global demand indicates a style that transcends borders and customs. There is every reason to think that the Air Max’s best days are ahead.