For this special edition of our Supreme 25th Anniversary series, we look at Supreme's most outrageous accessories they've released in their 25 year history.

For this special edition of our Supreme 25th Anniversary series, we look at Supreme's most outrageous accessories they've released in their 25 year history.

Whether you love Supreme or not, one thing is for certain; Supreme has a penchant for being unpredictable and pushing the limits of what any brand can do. What started as humble t-shirts and hard goods for skating has evolved into a full-fledged lifestyle brand, and perhaps even way beyond that. For this special edition of our Supreme 25th Anniversary Series, we take a look at Supreme’s most outlandish accessories. 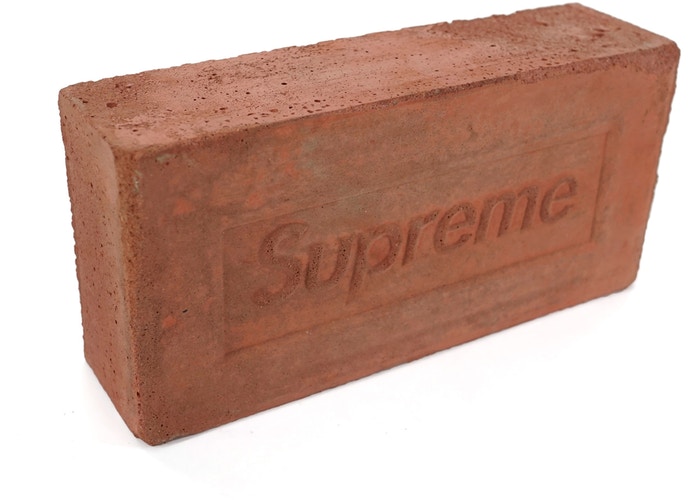 We’re starting off with a fan-favorite – the infamous Supreme Brick. An ultimate flex of the brand’s power, Supreme simply molded their logo into a clay brick for the FW16 season, much to the delight of fans. The brick sold out instantly at its retail price of $30 and at the time of this writing, carried a price of over quadruple that. Whether it’s for throwing, building, or simply displaying remains to be determined. One thing is for sure – this item is about as ridiculous as you can get for any streetwear brand accessory. 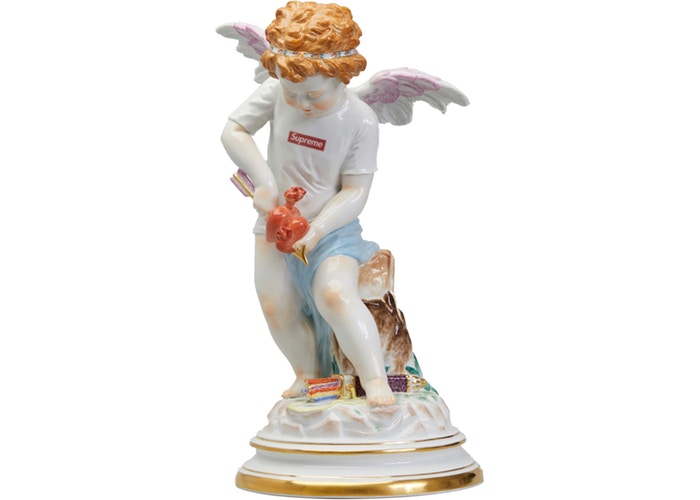 This accessory is so outrageous that your mother or grandmother would casually display it next to the rest of their tchotchkes. During the SS19 season, Supreme teamed up with German antique manufacture Meissen for this one-of-a-kind Cupid figurine (and of course, the cupid is donning a fresh red on white box logo tee). Despite an astonishing retail price of $3,998, this figure sold out quickly and remains a highly sought after treasure for any Supreme enthusiast. 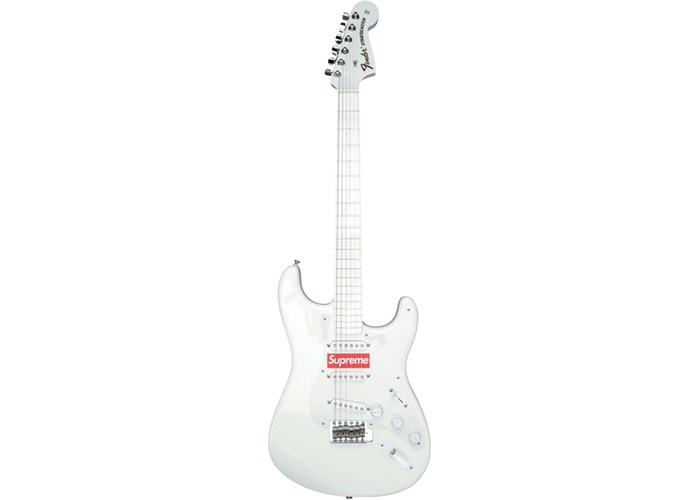 Supreme has released a handful of musical instruments in their history including a harmonica and melodica. Neither of them really compare to the Fender Stratocaster from FW17, which released in December towards the end of the season to much fanfare. Retailing for a hefty $1,998, this classic Stratocaster features an all-white design with a small box logo, along with a beautiful custom strap and carrying case. We’re still waiting to see someone turn up with this on stage. 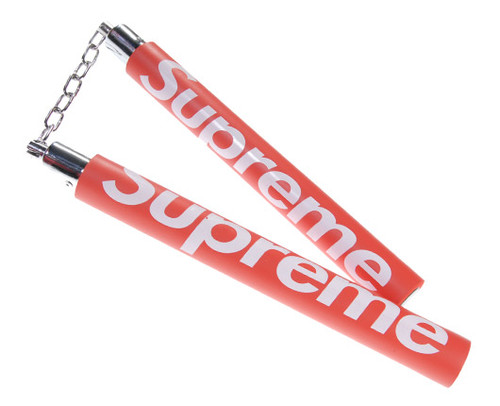 Famously touted by Tyler, the Creator, in his hit single “She” (featuring Frank Ocean), Supreme’s Nunchucks released during the brands Fall/Winter 2010 season making them one of the first outlandish accessories in the brand’s history. The nunchucks were teased by a promotional video filmed at Anderson’s Martial Arts Academy in NYC, and then dropped in red and black colorways during the season. If you’re able to secure these, consider yourself lucky. 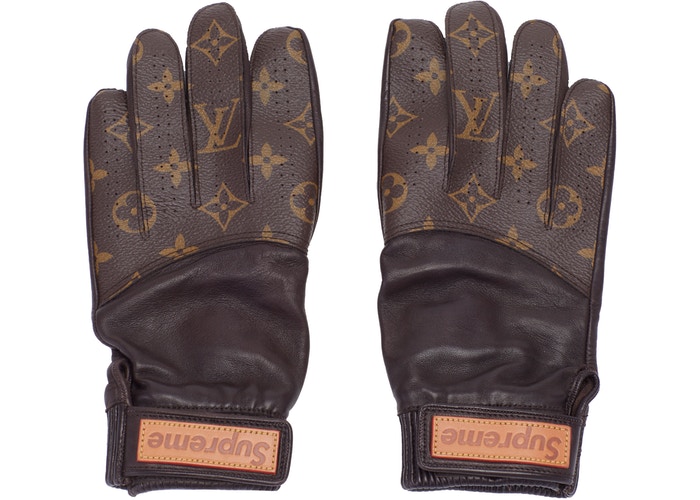 Some may call it the collaboration of the millennium, and others may simply sit back and laugh. Regardless, the Supreme x Louis Vuitton collaboration from the summer of 2017 will never be forgotten. While a variety of wearables and accessories dropped, the most unique is perhaps these batting gloves. It’s completely out of left field (no pun intended) and marks the first time Supreme has released batting gloves since a set of gloves was released with Franklin in 2006. Now you know. 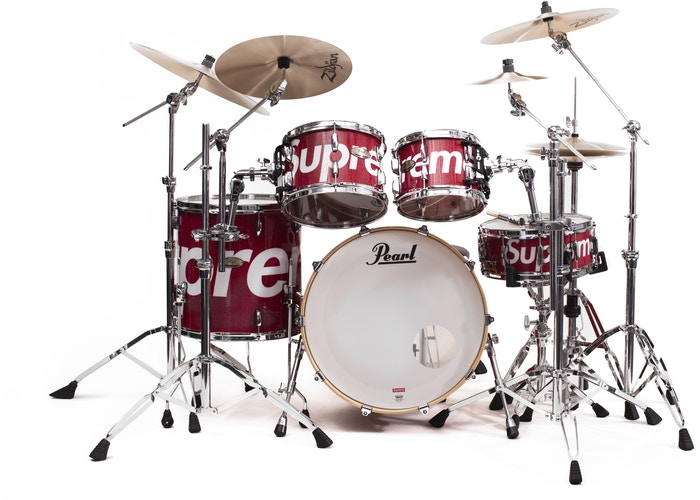 If you have the Supreme Fender Stratocaster we mentioned above, you’ll also need this Supreme Drum Set to round out your band. Supreme worked with Pearl to release this Session Studio Drum Set, which was extremely limited and only released online. Lucky for you, we’ve got it available to buy now on StockX (we’re looking at you Travis Barker). 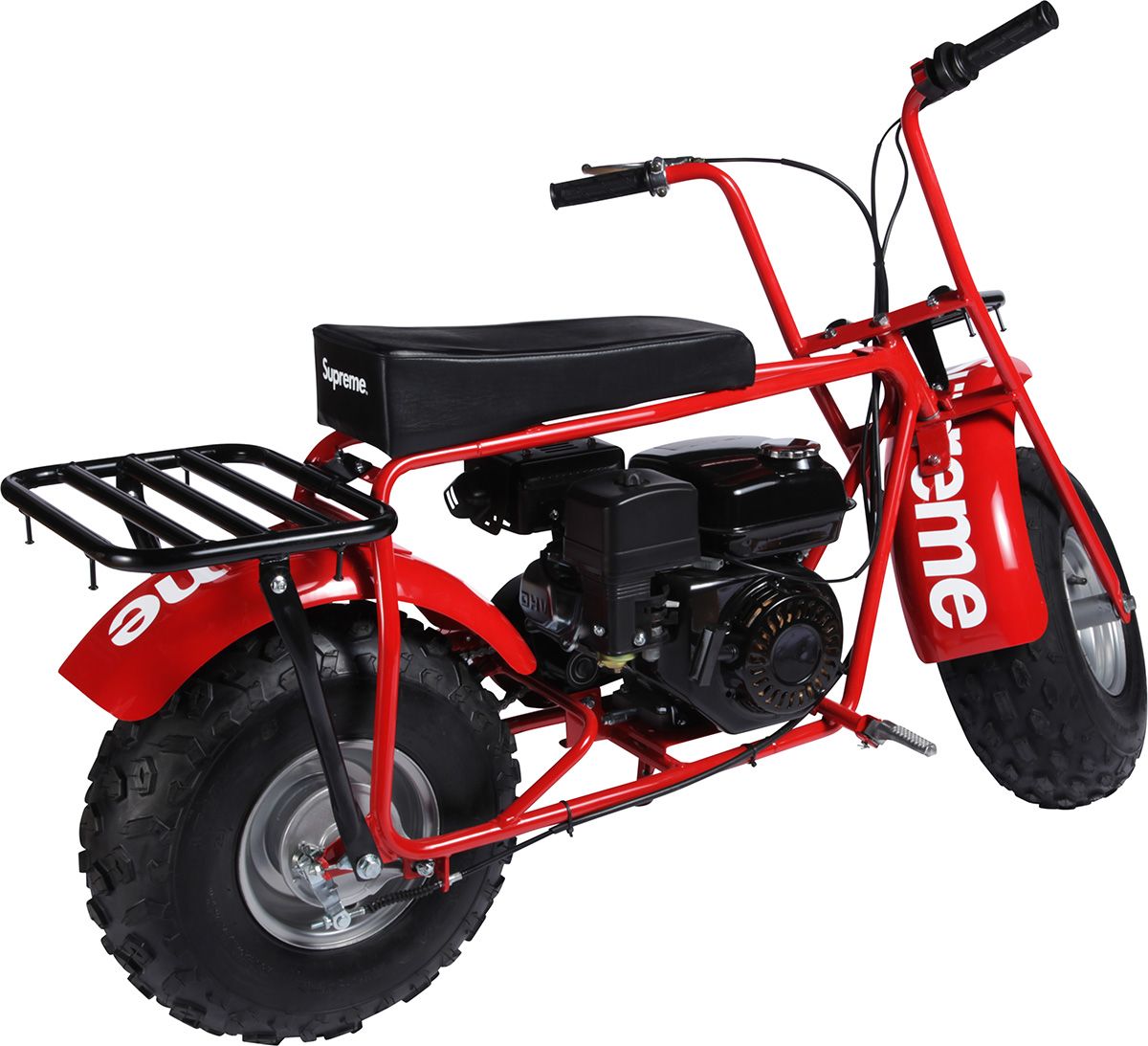 Back during the SS17 season, Supreme released their first ever motorized and rideable accessory, known simply as the Coleman Mini Bike. After an online-only release, the nightmare ensued as UPS was not fit to ship these extremely heavy bikes, resulting in lots of damage and failed deliveries. If you were able to get your hands on one, consider yourself lucky. 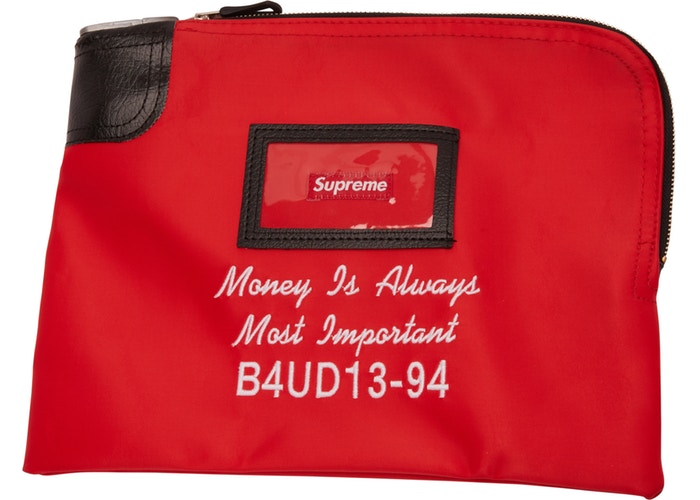 There’s not many people that truly need this accessory (if you do, congrats, you’re doing better than me). Whether or not it’s useful is up for debate, but this Rifkin Safety Sac from FW17 is a unique item with a hidden message. If you read the inscription closely, it states “Money Is Always Most Important, Before You Die – 94).” 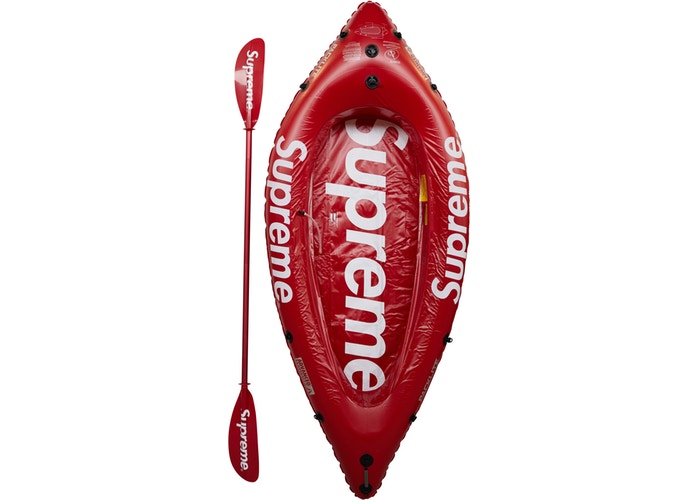 This ridiculous accessory is actually available for a great price, well below it’s original retail tag of $498 at the time of this writing. Designed for portability and function by Packlite, this one-person kayak is fit for white water rapids or a leisurely float on the lake. Just what you’d expect from a New York-based skate brand, right? 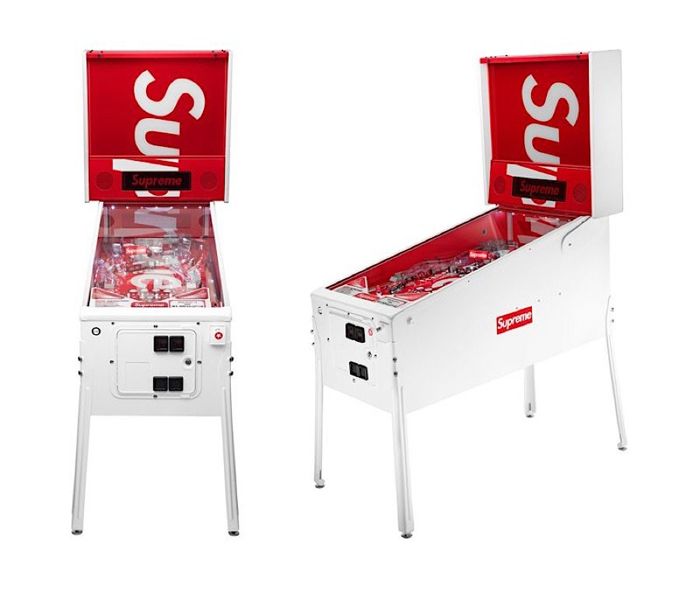 No list of Supreme’s standout accessories is complete without mentioning the one and only pinball machine. Developed in conjunction with Stern during the SS18 season, the pinball machine retailed for mind-boggling $10,998, yet still sold out instantly. This accessory is perhaps the grail of all grails in the world of Supreme.